The Voice of Jesus: Discernment, Prayer and the Witness of the Spirit 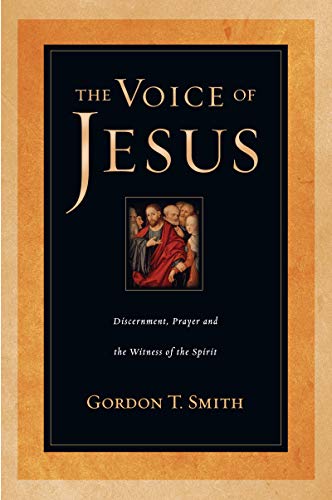 “My sheep hear my voice. I know them, and they follow me.”

Jesus takes it for granted that you will hear his voice. But how do you hear it?
How do you separate it out from the cacophony of other voices you hear everyday, including those of your own desires? Is your experience of Jesus’ voice something purely subjective, or is it something you can talk about with others and have them confirm?

Building on the rich spiritual tradition that spans the diversity of history and theology from Ignatius Loyola to John Wesley to Jonathan Edwards, Gordon T. Smith helps open your ears and heart to the depths of the inner witness of the Spirit. By learning to attend to the Spirit, Smith urges, you will learn to hear and heed the voice of Jesus in everyday life.

Written with warmth and wisdom, this book speaks to the mind and heart of every Christian who longs for a closer, more intimate walk with Jesus.

The Voice of Jesus: Discernment, Prayer and the Witness of the Spirit
https://gospelebooks.net/removed/voice-jesus-discernment-prayer-witness-spirit.html 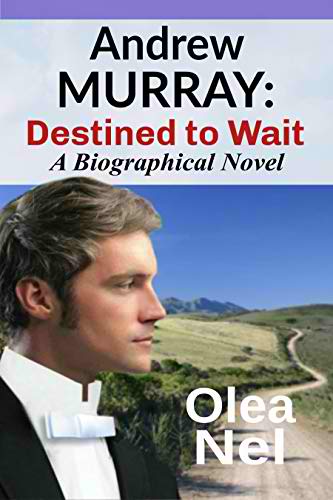 Hankering to go, but needing to stay

Twenty-eight year old Andrew Murray has just married Emma Rutherfoord, the girl of his dreams, and is looking forward to resuming his ministry in Bloemfontein with her at his side. But he is barely back in town, when trouble strikes. The small, land-locked Orange Free State throws up a series of nail biting situations in which Andrew is called upon to play a central role. They include:

Between dealing with all the tensions outside the home, there is also the small matter of Andrew only knowing his wife Emma for about seven face-to-face weeks before he married her. So on the home front, Andrew finds himself having to navigate marriage with a wonderfully talented wife, but one who knows her own mind.

Added to this is his growing desire to start over again in a new congregation. But although he hankers to go, there are responsibilities forcing him to stay, that is, until God has finished with his training.

Scroll up and grab a copy today.

When Your Best Isn’t Good Enough: The Secret of Measuring Up 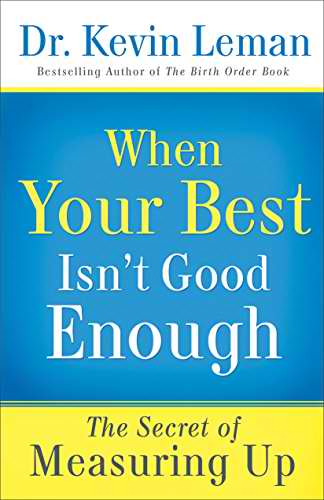 Some people feel they don’t measure up to anyone’s expectations. As a result, they tend to procrastinate, set unrealistic goals, or continually try to please others. With the positive, no-nonsense strategies offered in When Your Best Isn’t Good Enough, readers can raise their low self-perception and overcome these feelings of rejection and inadequacy.

Writing in his well-known, upbeat style, Dr. Kevin Leman helps those who struggle with self-doubt to value their talents and gifts and accept their shortcomings. He points out why the lifestyle we develop as a child determines our degree of success or failure and explains how, regardless of the past, each person can develop a healthy lifestyle today. Dr. Leman also shows readers how to apply these same principles in raising children with healthy self-esteem.

When Your Best Isn’t Good Enough: The Secret of Measuring Up
https://gospelebooks.net/removed/best-isnt-good-enough-secret-measuring.html 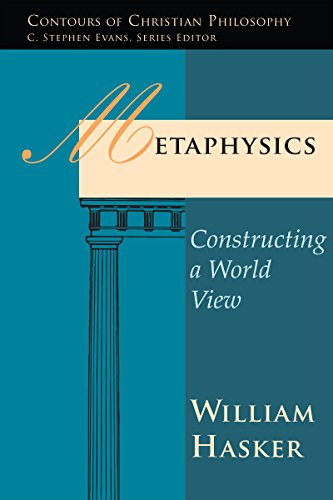 What is ultimately real? What is God like? Do human beings have minds and souls or only brains in bodies? Are humans free agents or are all human acts determined by prior circumstances? Through insightful analysis and careful evaluation, William Hasker helps readers answer these questions and thereby construct a world view to make sense of the universe and the people in it.

Kregel: A Pair of Miracles by Karla Akins  vs. Refresh by Kimberly M. Drew & Jocelyn Green
Crossway: Kiss the Wave: Embracing God in Your Trials by Dave Furman  vs. The Call to Joy and Pain: Embracing Suffering in Your Ministry by Ajith Fernando
New Leaf: IndoctriNation by Colin Gunn & Joaquin Fernandez  vs. Education: Does God Have an Opinion? by Israel Wayne
Intervarsity Press: Reciprocal Church: Becoming a Community Where Faith Flourishes Beyond High School by Sharon Galgay Ketcham  vs. Rebooted: Reclaiming Youth Ministry For The Long Haul – A Biblical Framework by Tim Gough
Christian Focus: Daily Prayers by F.B. Meyer vs. A Call to Extraordinary Prayer: Recharging your Prayer Life through the Book of Acts by Steve Nation
Reformation Heritage: Trading and Thriving in Godliness: The Piety of George Swinnock by J. Stephen Yuille vs. An All-Surpassing Fellowship: Learning from Robert Murray M‘Cheyne’s Communion with God by David P. Beaty