Run to Win: The Lifelong Pursuits of a Godly Man 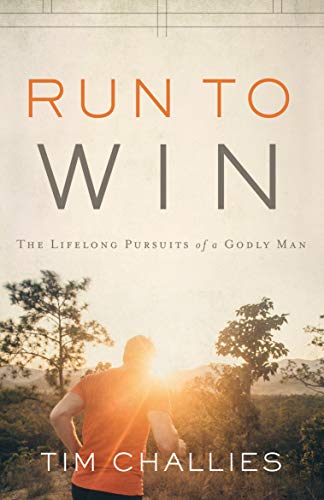 Anyone can start a race, but it takes planning and training to finish it.

A good long-distance runner knows the importance of planning his race. As he passes the starting line he is already considering how he will cross the finish line. As he takes his first easy step, he has planned how he will take his last grueling step.

As a Christian man, you are already running the race of life. You are not competing against other people, but against the deadly enemies of the world, the flesh, and the devil. How do you plan to maintain your pace throughout this race? To obtain the prize, you will need to run to the very end. You will need to cross that finish line. And to do that, you will need to plan your race. You will need to plan the ways you will run today so you can continue to run in the difficult days ahead. That is what this book is all about.

Run to Win: The Lifelong Pursuits of a Godly Man
https://gospelebooks.net/removed/run-win-lifelong-pursuits-godly-man.html

Smart Women Know When to Say No 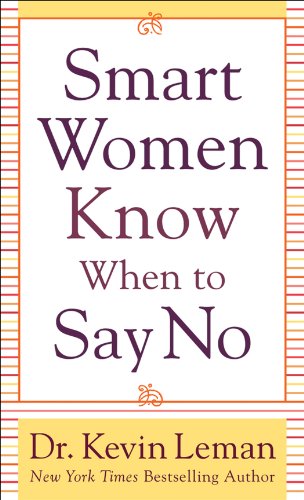 Many women try too hard to be nice. It’s a way of life for many who live in a culture that expects them to be the ones who “keep everyone happy.” But what happens when keeping everyone else happy drains your own happiness?

This book by bestselling author Dr. Kevin Leman shows how women who find themselves manipulated by impassivity, guilt, or abusive behavior can learn to assert themselves while maintaining their “pleasing” personalities.

Smart Women Know When to Say No
https://gospelebooks.net/removed/smart-women-know-say.html

In this grab bag we have 3 e-books from the “Deepen Your Christian Life” Series which were published by the Reformation Heritage. The prices and sale dates that the publisher has provided are under each ebook cover. 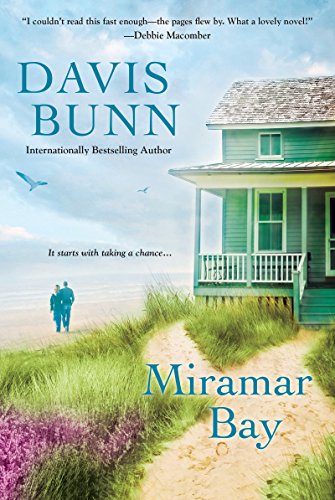 “I love this story. This is truly the breakout book for Davis Bunn.”
—Debbie Macomber, #1 New York Times bestselling author

When Connor Larkin boards a late night bus in downtown L.A., he’s not sure where he’s going or what he’s looking for. Putting his acting career—and his fiancée—on hold, he’s searching for a part of himself he lost on the road to success. Now, with his wedding day approaching, Connor finds himself stepping into the sleepy seaside town of Miramar Bay—where one remarkable woman inspires him to rethink all of his choices . . .

Unlike the pretentious starlets back in Hollywood, Sylvie Cassick has had to work hard for everything she has. When Connor hears familiar music drifting out of her restaurant, he can’t escape a feeling of finally coming home. Sylvie isn’t sure what to think when this impossibly handsome stranger applies for a waiter’s job. Yet once he serenades her customers—and slowly works his way into her heart—she realizes there’s more to him than he’s letting on. But as the world outside Miramar begins to threaten their fragile bond, Connor will have to risk losing everything to gain the life he longs for—and become the man Sylvie deserves.

“A deeply satisfying read and a beautifully crafted portrait of small-town life.”
—Booklist

“Bunn has excelled in creating a deeply emotional read that will resonate with readers.”
—Publishers Weekly

“A true delight. Davis Bunn has penned a classic . . . not to be missed.”
—Rachel Hauck, New York Times and USA Today bestselling author of The Wedding Dress

Lent for Everyone: Luke, Year C: A Daily Devotional 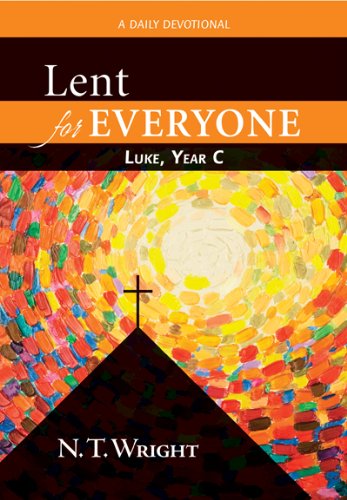 Lent for Everyone: Luke, Year C provides readers with an inspirational guide through the Lenten season, from Ash Wednesday through the week after Easter. Popular biblical scholar and author N. T. Wright provides his own Scripture translation, brief reflection, and a prayer for each of the days of the season, helping readers ponder how the text is relevant to their own lives today. By the end of the book readers will have been through the entirety of Luke, along with Psalm readings for each Sunday. Suitable for both individual and group study and reflection, Wright’s Lenten devotional will help you make Luke’s gospel your own, thoughtfully and prayerfully, and your journey through Lent a period of rich discovery and growth.

Lent for Everyone: Luke, Year C: A Daily Devotional
https://gospelebooks.net/removed/lent-everyone-luke-year-c-daily-devotional.html

Kregel: Under an Open Heaven by John E. Johnson  vs. A Life That Matters: Five Steps to Making a Difference by P. K. Hallinan
Crossway: Sing a New Song: A Woman’s Guide to the Psalms by Lydia Brownback  vs. More Precious Than Gold: 50 Daily Meditations on the Psalms by Sam Storms
New Leaf: Men of Science, Men of God by Henry Morris vs. Life of Sir Isaac Newton
Intervarsity Press: Seeing Jesus in East Harlem: What Happens When Churches Show Up and Stay Put by José Humphreys vs. Church Forsaken: Practicing Presence in Neglected Neighborhoods by Jonathan Brooks
Christian Focus: Closer Than a Sister: How Union with Christ helps Friendships to Flourish by Christina Fox vs. A Heart Set Free: A Journey to Hope through the Psalms of Lament by Christina Fox
Reformation Heritage: Meet Martin Luther: A Sketch of the Reformer’s Life by Anthony Selvaggio vs. Portraits of Faith: What Five Biblical Characters Teach Us About Our Life with God by Joel R. Beeke

You Choose The Sale: Feb 14-20
https://gospelebooks.net/uncategorized/choose-sale-feb-14-20.html