In this grab bag, we have 4 e-books on friendship from Crossway. The prices and sale dates that the publisher has provided are under each ebook cover.

Evangelism & the Sovereignty of God 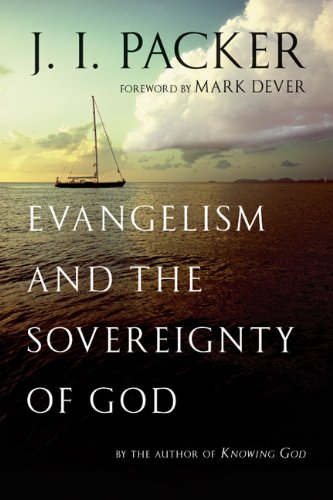 If God is in control of everything, can Christians sit back and not bother to evangelize? Or does active evangelism imply that God is not really sovereign at all?
J. I. Packer shows in this new edition to the popular IVP Classics how both of these attitudes are false. In a careful review of the biblical evidence, he shows how a right understanding of God’s sovereignty is not so much a barrier to evangelism as an incentive and powerful support for it.
With over 100,000 copies in print, Evangelism and the Sovereignty of God is truly a classic that should be read by every Christian.

Evangelism & the Sovereignty of God
https://gospelebooks.net/removed/evangelism-sovereignty-god.html

Collateral Damage: My Journey to Healing from My Pastor and Father’s Failure 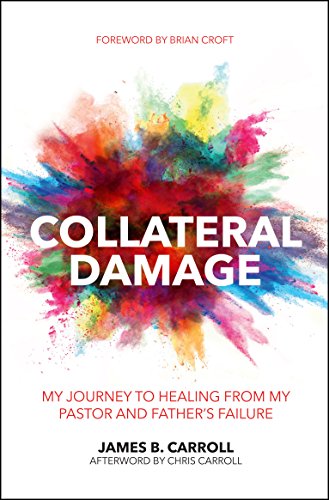 At twelve years old, James Carroll became the collateral damage of his pastor father’s infidelity and his parents’ divorce. With his world completely shaken and identity in shreds, he could hardly process what was happening, let alone begin regaining normality. In Collateral Damage, Carroll, now a pastor himself, presents the specific ways in which God has worked in his life during and since that time – healing wounds, revealing sin, and restoring life. This is a highly practical book, showing the gospel as the power of God to save, to restore, and to heal.

Collateral Damage: My Journey to Healing from My Pastor and Father’s Failure
https://gospelebooks.net/removed/collateral-damage-journey-healing-pastor-fathers-failure.html

Five Minutes to Impact: The Final Flight of the Comanche 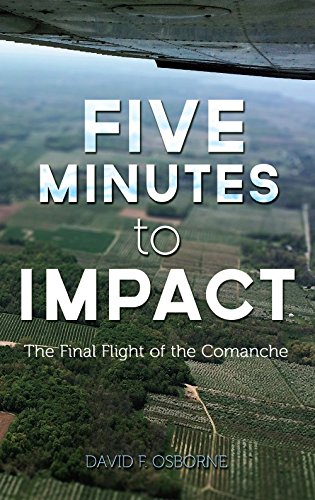 You will stop breathing. Your heart will race. You will whisper, “Dear God, no!” Five Minutes to Impact is every traveler’s nightmare, yet simultaneously an inspiring story of supernatural peace in the darkest hour.
—Jim Congdon, Th.D
Sr. Pastor Topeka Bible Church, Author, Chairman of Jews for Jesus

With these words, David F. Osborne alerted air traffic controllers his plane and passengers were in serious danger. What began as a normal business trip home from North Dakota turned, without warning, from tranquility to turmoil.

In the darkness of night, the once-powerful, single engine, Piper Comanche 260 airplane began experiencing catastrophic engine failure. Within seconds, the previously well-tuned aircraft was shaking violently putting the plane in a rapid descent while the cockpit was quickly filling with thick smoke.

With an emergency crash landing now imminent, the gripping realization that the pilot and his passengers faced almost certain death had become undeniable reality.

Five Minutes to Impact is a true story of overcoming fear in the face of unexpected crisis, understanding the providence of God in the dealings of man, and renewing our faith in His divine plan for our lives.

This is the story of a pilot’s worst fears lived out! As a private pilot myself, I caught myself mentally following the story . . . a story of a miracle landing on a dark night with seemingly nowhere to land. Dave tells the story from his perspective—a faith-based worldview intertwined in every aspect of his life. I’m sure that you, like me, will not be able to put down this incredible story. If you know a pilot, give this book to her or him for an inspirational experience.
—Lauren Libby
International President/CEO, TWR International

Five Minutes to Impact is a riveting account of how David survived a traumatic event and emerged with a life-changing message. You will be inspired and challenged by his story.
—Ken R. Canfield, PhD
Author, International Speaker, Founder: National Center for Fathering and the National Association for Grand Parenting

It’s one thing to be gripped by a “nail-biting” true life story you’ve never heard. It’s another to have heard the story and still be glued to the book to the very end. David Osborne’s story is truly one of divine intervention and genuine faith!
—Rosie J. Williams
Author of Repurposed Faith, Contributing Author to Military Families Devotional Bible, Faith Deployed Again, and Military Wives NT, Psalms and Proverbs

The most important moment you and I will ever reach in life is the moment when we realize the question of our eternal destiny. On a dark, cloudy night in August of 2012, Dave Osborne was at peace, even in the face of almost certain death. This ordeal inspired Dave’s thoughtful contemplation. He shares, “We don’t have to live in fear of the present or the future. That was never God’s plan for our life.” In Five Minutes to Impact, Dave shares some of the extraordinary life lessons learned through this ordeal from his perspective as a businessman, father, pilot, and man of faith.
—Lonnie Berger
Author and President of Every Man a Warrior

Five Minutes to Impact: The Final Flight of the Comanche
https://gospelebooks.net/cheap-christian-ebooks/five-minutes-impact-final-flight-comanche-3.html

The Bullying Breakthrough: Real Help for Parents and Teachers of the Bullied, Bystanders, and Bullies 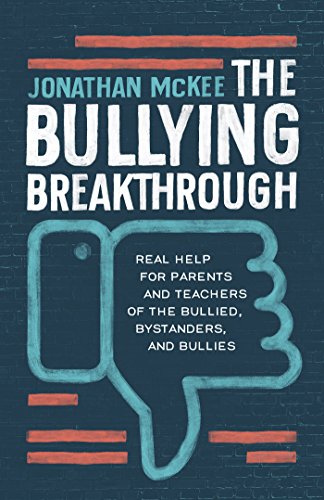 In a world full of caring adults, how is it that we keep missing the cries of hurting kids?

“Today, when the bell rings, kids might leave their school campus, but they can never escape the other world, a world where mockers and intimidators thrive. Ironically, they carry a gateway to that world right in their pockets, because they see that world as an avenue of escape. . .but in reality, it’s putting them in bondage.” –Jonathan McKee

Why Didn’t You Say Anything?

An expert on youth and youth culture, McKee shares his own heart-rending story and offers a sobering glimpse into the rapidly changing world of bullies, bystanders, and the bullied while providing helpful ways to connect with these kids, open doors of dialogue, and give them the encouragement they need and the validation they’re searching for. . .too often in all the wrong places.

The Bullying Breakthrough: Real Help for Parents and Teachers of the Bullied, Bystanders, and Bullies
https://gospelebooks.net/removed/bullying-breakthrough-real-help-parents-teachers-bullied-bystanders-bullies.html

Dancing with Max: A Mother and Son Who Broke Free 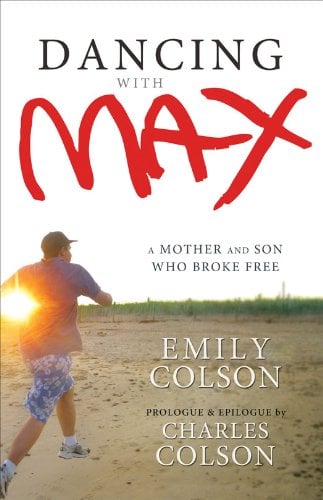 Meet a remarkable young man. Max doesn’t communicate as we do. But he communicates better than we do about the most important things. Max doesn’t think as we do. But his actions reflect deep spiritual truths. With candor and wit, Emily Colson shares about her personal battles and heartbreak when, as a suddenly single mother, she discovers her only child has autism. Emily illuminates the page with imagery—making you laugh, making you cry, inspiring you to face your own challenges. Chuck Colson, in his most personal writing, since Born Again, speaks as a father and grandfather. It is a tender side Max brings out of his grandfather, a side some haven’t seen. As Emily recalls her experiences, we discover that Max’s disability does not so much define who he is, but reveals who we are. Dancing with Max is not a fairy tale with a magical ending. It’s a real-life story of grace and second chances and fresh starts in spite of life’s hardest problems. And Max? Max will make you fall in love with life all over again, leaving you dancing with joy.

Dancing with Max: A Mother and Son Who Broke Free
https://gospelebooks.net/cheap-christian-ebooks/dancing-max-mother-son-broke-free.html

A Busy Woman’s Guide to Prayer: Forget the Guilt and Find the Gift 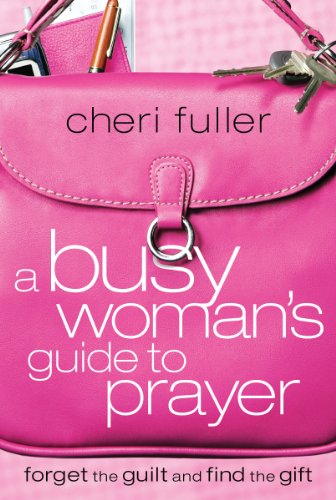 Readers will experience the power of having a vibrant life of prayer and relationship with God and discover the creative ideas to weave prayer into the fabric of their day.

A Busy Woman’s Guide to Prayer: Forget the Guilt and Find the Gift
https://gospelebooks.net/cheap-christian-ebooks/busy-womans-guide-prayer-forget-guilt-find-gift.html