How High Will You Climb?: Determine Your Success by Cultivating the Right Attitude 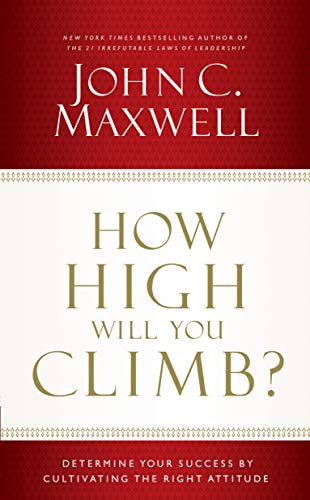 A positive attitude comes easy in times of joy and progress. But the real test of character comes during times of turmoil and conflict–which are always just on the horizon. When the skies above appear stormy, how will you steer that internal plane we call attitude?In How High Will You Climb? bestselling author and pastor John C. Maxwell emphasizes that even in the worst of storms, we are never flying solo. With God supporting our approach in every challenge that comes our way, we have the power to choose–yes, choose–the attitude we take with us on our journey. Oftentimes our outward expression and attitude during conflict is every bit as critical as the inward struggle, and our approach to the struggles in our family, in work, in life in general will actually determine the outcome more than the actual struggle. The choice is yours–when your path brings you through your next storm, how high will you climb?

How High Will You Climb?: Determine Your Success by Cultivating the Right Attitude
https://gospelebooks.net/cheap-christian-ebooks/high-will-climb-determine-success-cultivating-right-attitude-2.html

Soul Keeping: Caring For the Most Important Part of You 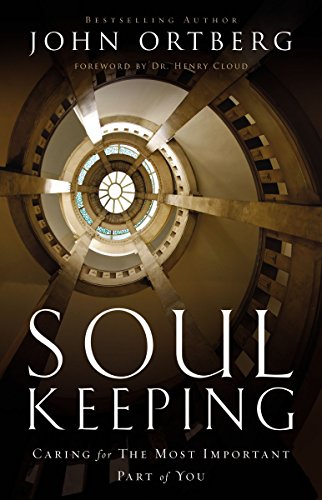 The soul is NOT “a theological and abstract subject.”

Jesus said it’s worth more than the world.

You’d be an idiot not to prize it above all else.

Shouldn’t you get pretty clear on exactly what it is?

Shouldn’t you know what it runs on?

Wouldn’t it be worth knowing how to care for it?

Two things are for sure. One is: you have a soul. The other is: if you don’t look after this one you won’t be issued a replacement.

Bestselling author John Ortberg writes another classic that will help readers discover their soul and take their relationship with God to the next level.

Soul Keeping: Caring For the Most Important Part of You
https://gospelebooks.net/removed/soul-keeping-caring-important-part-2.html 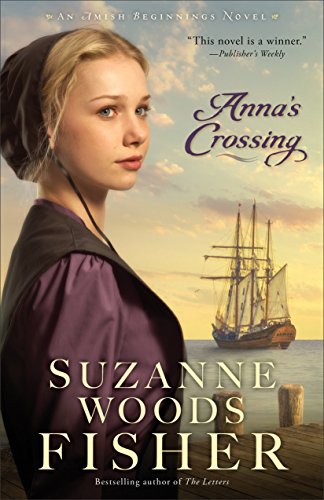 “This novel is a winner.”–Publishers Weekly

Some endings are really beginnings . . .

On a hot day in 1737 in Rotterdam, Anna König reluctantly sets foot on the Charming Nancy, a merchant ship that will carry her and her fellow Amish believers across the Atlantic to start a new life. As the only one in her community who can speak English, she feels compelled to go. But Anna is determined to complete this journey and return home–assuming she survives. She’s heard horrific tales of ocean crossings and worse ones of what lay ahead in the New World. But fearfulness is something Anna has never known.

Ship’s carpenter Bairn resents the somber people–dubbed Peculiars by the deckhands–who fill the lower deck of the Charming Nancy. All Bairn wants to do is to put his lonely past behind him, but that irksome and lovely lass Anna and her people keep intruding on him.

Delays, storms, illness, and diminishing provisions test the mettle and patience of everyone on board. When Anna is caught in a life-threatening situation, Bairn makes a discovery that shakes his entire foundation. But has the revelation come too late?

Bestselling author Suzanne Woods Fisher invites you back to the beginning of Amish life in America with this fascinating glimpse into the first ocean crossing–and the lives of two intrepid people who braved it.

“I found Anna’s Crossing to be everything I love in a novel, especially in a historical novel! Fast paced, character driven, filled with rich descriptions and enjoyable dialogue. It was a pleasure to read, and I am honored to have had the opportunity to endorse it.”–Shelley Shepard Gray, New York Times and USA Today bestselling author

Suzanne Woods Fisher is the bestselling author of the Lancaster County Secrets series, the Stoney Ridge Seasons series, and The Inn at Eagle Hill series, as well as nonfiction books about the Amish, including Amish Peace. She is also the coauthor of an Amish children’s series, The Adventures of Lily Lapp. Suzanne is a Carol Award winner for The Search, a Carol Award finalist for The Choice, and a Christy Award finalist for The Waiting. She is also a columnist for Christian Post and Cooking & Such magazines. She lives in California. Follow Suzanne on Twitter @suzannewfisher. 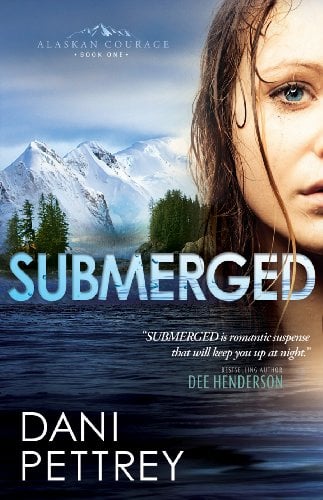 “Submerged is romantic suspense that will keep you up at night!”–Bestselling Author Dee Henderson

Yancey, Alaska was a quiet town…until the truth of what was hidden in the depths off the coast began to appear.

Bailey Craig vowed never to set foot in Yancey again. She has a past, and a reputation–and Yancey’s a small town. She’s returned to bury a loved one killed in the plane crash and is determined not to stay even an hour more than necessary. But then dark evidence emerges and Bailey’s own expertise becomes invaluable for the case.

Cole McKenna can handle the deep-sea dives and helping the police recover evidence. He can even handle the fact that a murderer has settled in his town and doesn’t appear to be moving on. But dealing with the reality of Bailey’s reappearance is a tougher challenge. She broke his heart, but she is not the same girl who left Yancey. He let her down, but he’s not the same guy she left behind. Can they move beyond the hurts of their pasts and find a future together? 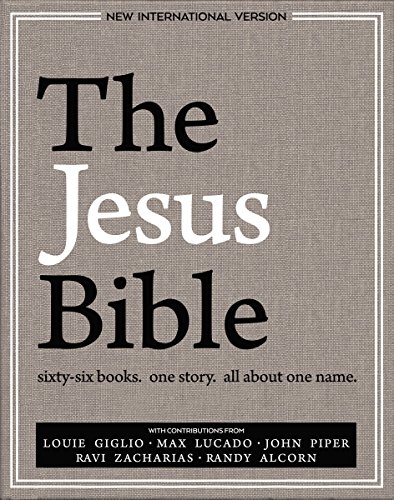 Sixty-Six Books. One Story. All About One Name.

Encounter the living Jesus in all of Scripture. From the Passion Movement, The Jesus Bible, NIV Edition, with exclusive articles from Louie Giglio, Max Lucado, John Piper, Ravi Zacharias, and Randy Alcorn, lifts Jesus up as the lead story of the Bible.

Profound yet accessible study features help you meet Jesus throughout Scripture. See him in every book so that you may know him more intimately, love him more passionately, and walk with him more faithfully.

Introduction by Louie Giglio
66 book introductions highlight the story of Jesus in every book
7 compelling essays on the grand narrative of Scripture by Louie Giglio, Max Lucado, John Piper, Ravi Zacharias, and Randy Alcorn guide you to treasure Jesus and encourage you to faithfully follow him as you participate in his story
Over 300 full-page articles and nearly 700 sidebar articles reveal Jesus throughout all of Scripture
Single-column text of the most read, most trusted modern-English Bible — the New International Version (NIV)
Room for notes and journaling throughout
NIV dictionary-concordance
Ribbon marker
8-point type size

John Calvin: His Life, His Teaching, And His Influence 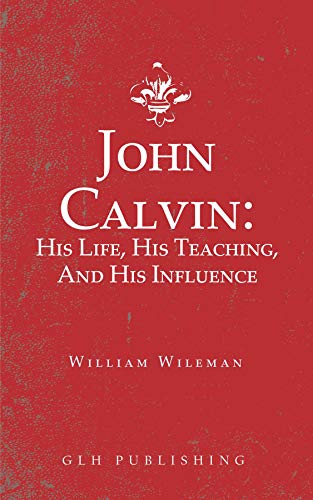 To many, the name of John Calvin brings to mind a religious despot whose teachings give a distorted version of the biblical God. That idea and image could be nothing further from the truth. This short biography of the great reformer who helped bring the gospel to light to the world shows that Calvin wanted no power and had no power and was a hunted man by the bloodthirsty Roman Catholic Church for wanting the world to have liberty in Christ.

John Calvin: His Life, His Teaching, And His Influence
https://gospelebooks.net/removed/john-calvin-life-teaching-influence.html

A Treatise On Earthly-Mindedness (Vintage Puritan) 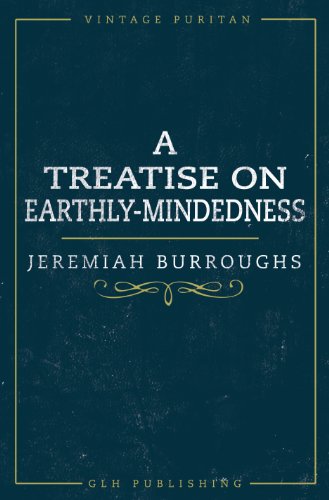 Includes links to all chapters for easy navigation to each chapter.

In this work, the Puritan, Jeremiah Burroughs, writes concerning the great sin of having your heart and mind on earthly and sinful things. This book will encourage you to have your gaze always heavenward because that is where real joy is found.