Brave The Wave: Discover and Fully Realize Your Authentic Self 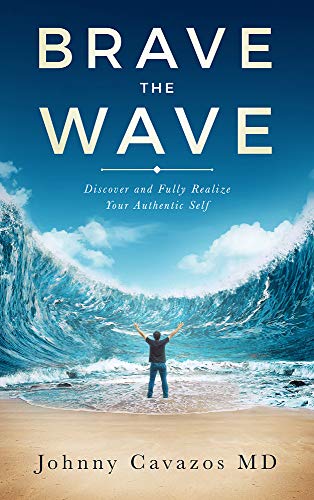 Anxious? Stressed? Confused? Looking for Solutions?
As a practicing physician for twenty years, that is exactly the situation that Johnny Cavazos was in. What stunned and shocked him the most was one inescapable fact. He didn’t know what he didn’t know.

As he describes it, “The best analogy I can offer is that it’s like taking your car to the mechanic to replace a faulty fuel pump and he hands you the keys to a brand new Mercedes Benz and says, “take it, it’s yours.” (That’s how Elvis used to give away cars.) There is more value here than a new Mercedes.”

In this poignant and riveting account of his decade long journey of discovery, you will be entertained while gaining valuable insight to help you understand and actually appreciate the waves, trials, and storms that we all encounter in our lives.

This inspiring narrative of personal experiences will reveal useful and practical approaches to help increase joy, clarity, love and personal peace in your life. This book makes for a fascinating, powerful and uplifting read that can inspire each of us to reach for heights we never thought attainable.

With brutal honesty and humor, Johnny uses short vignettes from the medical world and from the captivating world of near-death experiences to take us on a journey that is spellbinding, powerful and life-changing.

Writing in a comfortable and warm style, Johnny takes us on this trip into spirituality, faith and the near death experience as he unpacks ideas that will open up an experience of clarity and vision you didn’t even realize existed.

Brave the Wave will share valuable insights that will have a personal and powerful impact on every relationship you have, bringing benefits to you and everyone around you.

Brave The Wave: Discover and Fully Realize Your Authentic Self
https://gospelebooks.net/removed/brave-wave-discover-fully-realize-authentic-self.html

In this grab bag we have 5 e-books on Mental Health from Crossway. The prices and sale dates that the publisher has provided are under each ebook cover.

A Scent of Water: Bringing Life Back to the Christian School Movement 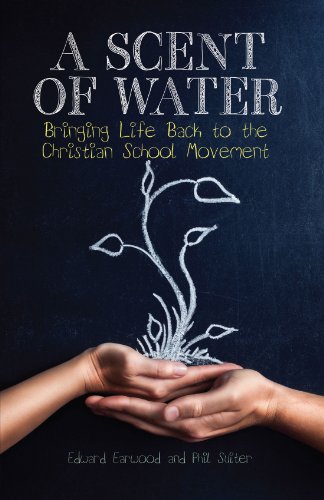 “A must-read for any educator . . . and . . . an excellent blueprint for the future.”
—Joe Haas, Ed.D., Executive Director,
North Carolina Christian School Association

The local Christian school must become the site for transforming the movement into one that focuses upon student learning and a clear delineation of student goals. In A Scent of Water, the authors examine schools as social and cultural systems that must be understood.

A Scent of Water describes the type of leadership that must characterize the movement and proposes an active, vibrant, and collaborative role for classroom teachers, working with building principals who see themselves as capacity builders, building strength and knowledge within the teaching staff to bring a scent of water that will revitalize and transform the movement.

A Scent of Water is a message of hope for the Christian school movement, a movement that currently lacks vision, struggles with enrollment declines and battles budget limitations. This message derives from scriptural truth and the findings of empirical research and recommends a means for restoring a vision for the ministry.

A Scent of Water: Bringing Life Back to the Christian School Movement
https://gospelebooks.net/removed/scent-water-bringing-life-back-christian-school-movement.html

We Hope for Better Things 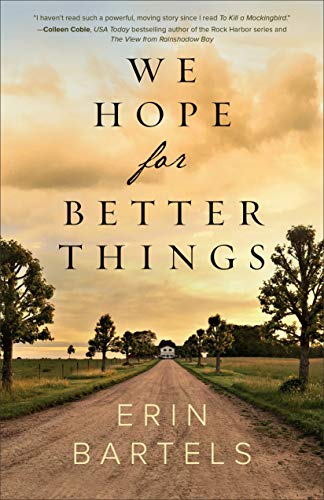 “We Hope for Better Things has it all: fabulous storytelling, an emotional impact that lingers long after you turn the last page, and a setting that immerses you. I haven’t read such a powerful, moving story since I read To Kill a Mockingbird in high school. This book will change how you look at the world we live in. Highly recommended!”–Colleen Coble, USAToday bestselling author of the Rock Harbor series and The View from Rainshadow Bay

When Detroit Free Press reporter Elizabeth Balsam meets James Rich, his strange request–that she look up a relative she didn’t know she had in order to deliver an old camera and a box of photos–seems like it isn’t worth her time. But when she loses her job after a botched investigation, she suddenly finds herself with nothing but time.

At her great-aunt’s 150-year-old farmhouse, Elizabeth uncovers a series of mysterious items, locked doors, and hidden graves. As she searches for answers to the riddles around her, the remarkable stories of two women who lived in this very house emerge as testaments to love, resilience, and courage in the face of war, racism, and misunderstanding. And as Elizabeth soon discovers, the past is never as past as we might like to think.

Debut novelist Erin Bartels takes readers on an emotional journey through time–from the volatile streets of 1960s Detroit to the Underground Railroad during the Civil War–to uncover the past, confront the seeds of hatred, and discover where love goes to hide.

“A timely exploration of race in America, We Hope for Better Things is an exercise of empathy that will shape many a soul.”–Julie Cantrell, New York Times and USA Today bestselling author of Perennials

“I applaud [Erin’s] courage, her authenticity, her beautiful turn of phrase, the freshness of her imagery, and the depth of her story that speaks to a contemporary world where understanding is often absent. We Hope for Better Things is a remarkable debut novel.”–Jane Kirkpatrick, award-winning author of Everything She Didn’t Say

“Erin Bartels’s We Hope for Better Things shares the joys and sorrows of three women from different generations. A roller coaster of emotions awaits as you share the lives of these women and hope along with them for better things.”–Ann H. Gabhart, bestselling author of River to Redemption

“Storytelling at its finest. Erin Bartels delivers a riveting story of forbidden love, family bonds, racial injustice, and the power of forgiveness. We Hope for Better Things is a timely, sobering, moving account of how far we’ve come . . . and how much distance remains to be covered. A compulsively readable, incredibly powerful novel.”–Lori Nelson Spielman, New York Times bestselling author of The Life List

“There is the Detroit we think we know, and there is the Detroit full of stories that are never brought to the forefront. With We Hope for Better Things, Erin Bartels brings full circle an understanding of contemporary Detroit firmly rooted in the past, with enthralling characters and acute attention to detail. It’s a must not just for Detroit lovers but also for those who need to understand that Detroit history is also American history.”–Aaron Foley, city of Detroit’s chief storyteller and editor of The Detroit Neighborhood Guidebook

We Hope for Better Things
https://gospelebooks.net/removed/hope-better-things.html 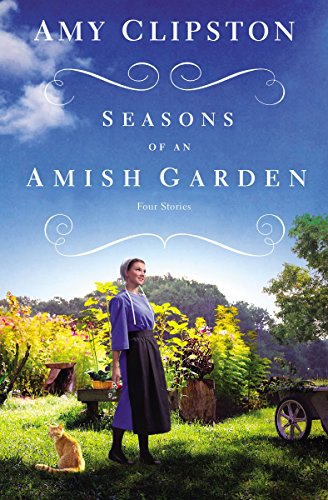 Enjoy a year of beautiful seasons in this new story collection, as young Amish couples manage a community garden and harvest friendships and love along the way.

Spring Is in the Air

As the young people of Bird-in-Hand, Pennsylvania, plant a garden in memory of their friend, Katie Ann begins to worry that her older brother, Ephraim, is dating her best friend. What if she somehow loses them both? But Christian, a new boy in the community, also works in the garden—and falling for him may be exactly the distraction, and lesson, that Katie Ann needs.

Clara Hertzler is surprised when Jerry Petersheim, her old friend, comes to the garden to drop off his younger sister—especially because Jerry has been gone for years, and now seems to be living as an Englisher. As the friends get to know each other again, Clara pushes Jerry to examine why he abandoned his Amish beliefs. Will Clara help Jerry renew his faith in God, and will they find love beneath the summer sun?

The Fruits of Fall

Tena Speicher has come to live in Bird-in-Hand after her fiancé left her for an English woman. When a homeless veteran comes to the fruit stand one day and asks for food, Tena is not sure how to respond—but Wayne intervenes and offers to let him stay in the barn. Afraid to trust Englishers, Tena must learn, with Wayne’s help, that everyone is a child of God and deserving of kindness.

Ephraim and Mandy have dated for some time and now have plans to marry. But after a series of unexpected events and misunderstandings, they wonder if they should go their separate ways. What will happen when their friends at the Amish garden conspire to bring them back together? 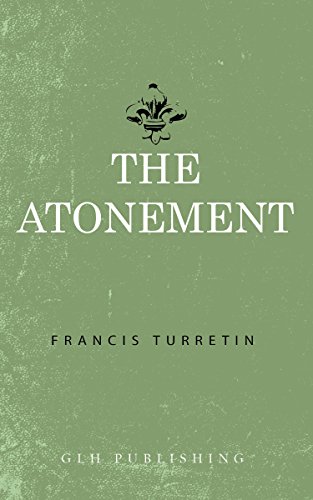 Want a succinct book on the Atonement of Jesus explaining exactly what he did and did not accomplish on the cross? This book is from the Swiss Reformer Francis Turretin is for you.

This work could be considered a complementary and shorter version of John Owen’s the ‘Death of Death in the Death of Christ.’ If you want to hear about a Father, Son, and Holy Spirit who unequivocally save, not merely make it possible this work if for you. 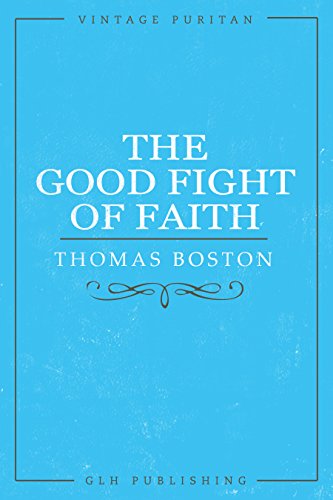 This work by the Puritan Thomas Boston explains what it looks like to fight the things that weaken our faith and the tools used to do so. This work is a great reminder that the Christian life is warfare and who our war is against and for.