Seek First: How the Kindgom of God Changes Everything 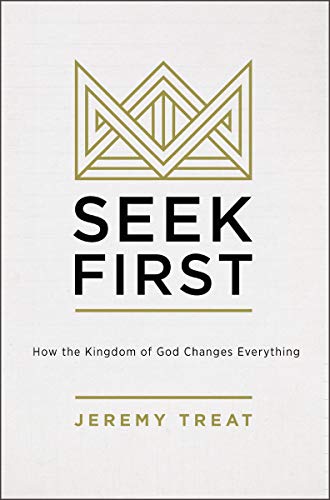 FIND WHAT MATTERS MOST. BUILD YOUR LIFE AROUND IT.

In an age of distraction, everyone is looking for something that gives purpose and perspective on life. Jesus says it’s the kingdom of God. But the kingdom is not just another religious idea. Rather, God’s loving reign brings clarity and coherence to all of life – identity, work, play, relationships, justice, character – in a way that is profound and practical. Seek First brings theology to the streets, giving a vision for the kingdom that will truly change your life.

“Treat presents the message of the kingdom in a way that gives us a grander vision for life, whether in the workplace or on the basketball court.” – CHRIS BROUSSARD, NBA analyst and sports broadcaster

“Few books do as good a job as this one in showing us how giving up everything for Christ and his kingdom is the pathway to our greatest gain. Seek First is a gem!” – SCOTT SAULS, author and senior pastor, Christ Presbyterian Church

END_OF_DOCUMENT_TOKEN_TO_BE_REPLACED

Seek First: How the Kindgom of God Changes Everything
https://gospelebooks.net/removed/seek-first-kindgom-god-changes-everything.html

Relational Intelligence: The People Skills You Need for the Life of Purpose You Want 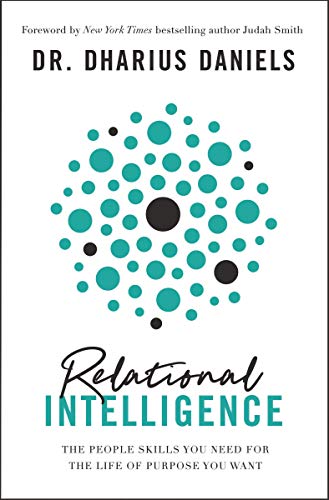 Considering Jesus’s relational model for choosing the twelve disciples, Relational Intelligence will walk you through how to assess your relationships, define them, discern them, align them, and finally activate your relationships to unlock your greatest potential.

Years of ministry leadership experience and personal experience have convinced Dr. Dharius Daniels: there’s no such thing as a casual relationship. All relationships are catalytic – either pushing us forward into our God-given purposes or holding us back. Our spiritual, physical, financial, emotional, and professional progress is greatly impacted by who we allow to be a part of our lives and what part we allow them to play. With our destiny on the line, relationships are too consequential to nonchalantly roll the dice in managing them.

Relational Intelligence is your action plan for getting smart about your purpose partners. Relationships were God’s idea, writes Daniels, and when we understand and apply what God has to say about them we end up avoiding unnecessary relational turmoil, advancing in all areas of our life, and accomplishing our God-given purpose.

When your purpose is on the line, the cost of relational unintelligence is too great to pay. In this book, you will explore and learn how to activate the relational intelligence you need for the life of purpose you want.

Relational Intelligence: The People Skills You Need for the Life of Purpose You Want
https://gospelebooks.net/removed/relational-intelligence-people-skills-need-life-purpose-want.html

You Are the Girl for the Job 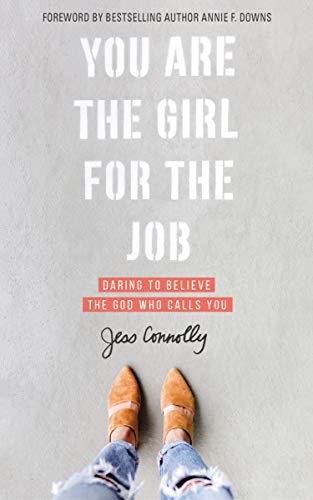 You believe (or want to believe) God has called you and given you purpose, but where do you start? How do you get from feeling stuck to making a move? If this sounds familiar, bestselling author Jess Connolly has a message for you: You Are the Girl for the Job.

But this is not simply a peppy catchphrase. This is the straight-up truth God has proclaimed over your life from the beginning, and it’s not dependent on what you can do or achieve but based on His power, capacity, and character.

It has taken one million, maybe one zillion (who knows?!), slight moves of His hand to place you in this exact moment. So forget about fear and second-guessing your gifts, because God has meticulously prepared you to be an ambassador for the Kingdom right where you are, here and now. Life is too short to get stuck in a holding pattern of shame, self-doubt, and comparison. So let this book be your very good news: you don’t have to wait for permission when you’ve already been commissioned.

END_OF_DOCUMENT_TOKEN_TO_BE_REPLACED

You Are the Girl for the Job
https://gospelebooks.net/removed/you-are-the-girl-for-the-job.html

On the Bright Side: Stories about Friendship, Love, and Being True to Yourself

Big Mama blog founder and New York Times bestselling author Melanie Shankle helps us sort through our questions about being true to ourselves in a world gone crazy and what matters the most in the end.

These days, so many voices tell us what to do, what to think, and what kind of parent or friend or spouse to be that it’s easy to feel overwhelmed and defeated. Somewhere in the midst of online arguments and crazy politics and the ups and downs of life, we’ve lost sight of the gifts that are all around us: kindness, love, mercy, and joy.

In On the Bright Side, Melanie Shankle reminds us of the unchanging principles we can count on in a changing world. These are lessons that Melanie has learned along the way about how to find all the joy that life has to offer – and why encouragement is never something to keep to ourselves. Exploring topics such as dealing with comparisons, when life doesn’t turn out like we expected, and how to find your people, Melanie invites us to lead with love in all areas of our lives.

This delightful memoir highlights the joys of life told in Melanie’s down to earth, relatable, and totally enjoyable style. On the Bright Side is a how-to guide to knowing – and living – what matters most.

On the Bright Side: Stories about Friendship, Love, and Being True to Yourself
https://gospelebooks.net/removed/bright-side-stories-friendship-love-true.html

Run the Race!: Discover Your Purpose and Experience the Power of Being on God’s Winning Team 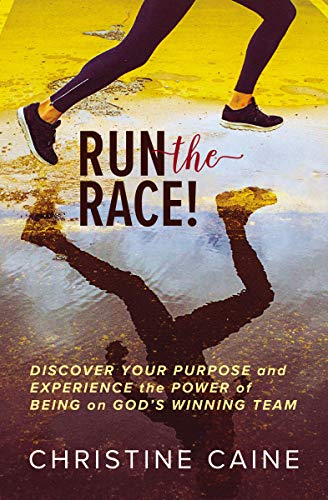 Best-selling author, speaker, and activist Christine Caine reminds readers that as Christians they are born to win. Their purpose is to run in the divine race of life until the day they cross the finish line and hear the words of their father, “Well done, good and faithful servant.”

Based on her bestselling book Unstoppable, Christine Caine encourages readers with the truth that they are assured of victory. Each person has a race to run in life. It’s a race with eternal implications. But life is sometimes difficult. The task seems to tough, the path too perilous, the race too rigorous. In Run the Race!, Christine Caine reminds Christians that they know the outcome of the race before it begins, and that knowledge should revolutionize the way they run their race, the way they live their lives. She enthralls readers with stories and timeless principles that inspire people of faith to run the race of their life, receiving the baton of faith in sync with their winning team–the body of Christ. God has chosen them, prepared them and placed them on His team. They are unstoppable.

Run the Race!: Discover Your Purpose and Experience the Power of Being on God’s Winning Team
https://gospelebooks.net/removed/run-race-discover-purpose-experience-power-gods-winning-team.html

In Pursuit of Love: One Woman’s Journey from Trafficked to Triumphant 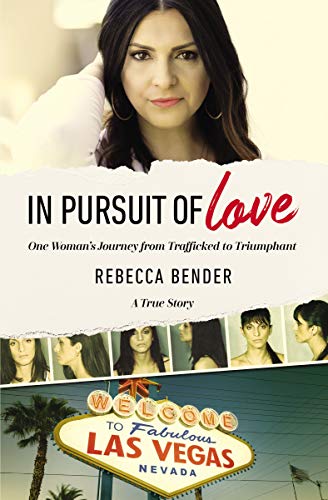 Through her own gripping story of escape from human trafficking, Rebecca Bender reveals the inner workings of the underground world of modern-day slavery and helps us learn how we can be a catalyst for change where we live.

Born and raised in a small Oregon town, all-American girl Rebecca Bender was a varsity athlete and honor roll student with a promising future. Then a predator pretending to be her boyfriend lured her into a web of lies that sent her down a path she never imagined possible.

For nearly six years, Rebecca was sold across the underground world of sex trafficking in Las Vegas. She was branded, beaten, told when to sleep and what to wear, and traded between traffickers. Forced into a dark sisterhood, Rebecca formed bonds with her trafficker and three other women, creating a false sense of family. During that time, God began revealing himself to her. And in the midst of her exploitation, she found the hope she needed to survive.

After a federal raid, Rebecca escaped. Her life was forever changed as she felt the embrace of her heavenly Father guiding her to healing and wholeness. Rebecca soon began to use her own experiences to change the lives of others as she went back into the darkest places she had known–assisting FBI, VICE, and law enforcement across the country in some of their most difficult cases.

Through Rebecca’s incredible story of redemption, we remember that our past does not have to determine our destiny.

In Pursuit of Love: One Woman’s Journey from Trafficked to Triumphant
https://gospelebooks.net/removed/pursuit-love-one-womans-journey-trafficked-triumphant.html 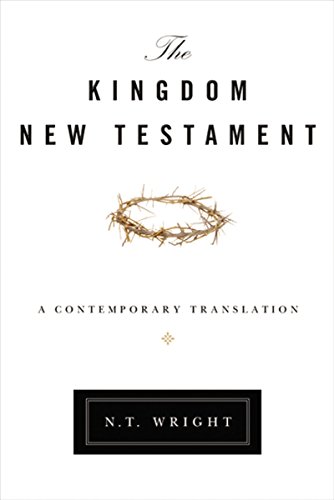 The New Testament for the Twenty-First Century

Many readers of the New Testament have grown overly familiar with the biblical text, losing sight of the wonder and breadth of its innovative ideas and world-changing teachings about the life and role of Jesus of Nazareth. In The Kingdom New Testament, N. T. Wright, author and one of the world’s leading New Testament scholars, offers an all-new English translation that invigorates these sacred texts and allows contemporary readers to encounter these historic works afresh. The original Greek text is vibrant, alive, and active, and Wright’s translation retains that spirit by providing a new English text for the twenty-first-century reader. At the same time, based on his work as a pioneering interpreter of the Bible, Wright also corrects other translations so as to provide more accurate representations of the original writers’ intent.

The Kingdom New Testament features consistent use of gender-neutral language and a more “popular-level” language matching character of the original Greek while maintaining the vibrancy and urgency of the original work. It will help the next generation of Christians acquire a firsthand understanding of what the New Testament had to say in its own world, and what it urgently has to say in ours.

END_OF_DOCUMENT_TOKEN_TO_BE_REPLACED

Page 16 of 49« First«...10...1415161718...3040...»Last »
Gospel eBooks is a participant in the Amazon Services LLC Associates Program, an affiliate advertising program designed to provide a means for sites to earn advertising fees by advertising and linking to amazon.com. View our Privacy Policy.