You don’t need to memorize evangelical formulas or answers. You just have to be willing to ask.

There was something different about the way Jesus communicated with the lost: He didn’t force answers upon people, He asked questions. So why don’t we?

Following Christ’s lead, Randy Newman has been using a questioning style of evangelism for decades. In this provocative book, he provides practical insights to help Christians engage others in meaningful spiritual conversations. He challenges us to examine how we think about people, their questions, and our crucial message.

This second edition includes a new preface reflecting on the popularity of this perennial best seller and what its success has taught Newman about the effectiveness of this extraordinary method. END_OF_DOCUMENT_TOKEN_TO_BE_REPLACED

Flame in the Night: A Novel of World War II France In occupied France, a teen is torn between hate and love
Julien Losier has just turned eighteen. But this is Vichy France in 1942, and his coming of age is marred by the Nazi occupation of his homeland. His father has always taught him that evil is resisted by the power of God, not by the gun. But when the roundups of Jews begin and both his best friend and the girl he’s falling for become targets, Julien must question where real power lies. Can he be a man who protects the people he loves if he follows his father’s ways of peace?

His hometown is a fragile fortress where hundreds of Jewish youth hide in plain sight, protected only by the goodwill of their neighbors. Julien takes part in the intricate system of sentries and alert codes that keep them safe, doing what he can to resist the Nazis. As the Germans close in, he can see the moment coming when all the town’s careful defenses will fail. He’s torn between the faith of his father and his increasing surety that fighting violence with violence is the only way to win. How can the meek inherit the earth when the strong hold all the cards?

Now the young Jewish woman who has captured his heart comes under deadly threat, and there are no good choices. But for Elise, there’s nothing Julien won’t risk.

Based on actual events in Vichy France, Flame in the Night is a powerful examination of the strength of faith and peaceful resistance in the face of overwhelming odds.

Flame in the Night: A Novel of World War II France
https://gospelebooks.net/removed/flame-night-novel-world-war-ii-france.html

Extramarital affairs are certainly not the social taboo that they once were, and may be more prevalent now than ever. Unfortunately, Christians are not exempt. With the anonymity of the Internet and the privacy of personal mobile phones, the temptation to cheat on one’s spouse has fertile ground to grow.

After straying to the other side of this marital fence–and returning to find forgiveness and restoration–Anderson brings this practical book about predicting and preventing an extramarital affair. Based on the principle that the grass is always greener when it’s watered, Avoiding the Greener Grass Syndrome focuses on how to grow a beautiful marriage by establishing six protective hedges around it.

This second edition includes a new chapter on repairing marriage following infidelity, as well as an appendix considering the Andersons’ own marriage before and after the affair from Ron’s point of view.

If We Make It Home: A Novel of Faith and Survival in the Oregon Wilderness When four college friends graduated from the University of Northwest Oregon, their lives stretched before them, full of promise and vows to stay connected. But life has a way of derailing well-laid plans.

Now they haven’t spoken in twenty-five years. But against all odds, three of them have found themselves back in the same place–at their alma mater, wondering how they got there. When they discover their fourth friend, Hope, has died, Jenna, Ireland, and Vicky decide to embark on a wilderness adventure to honor her memory–and for secret reasons of their own. Jenna wants to show her husband that she’s more than a helpless, overweight, middle-aged empty nester. Ireland wants to get back to the nature she loves and hide from the charges being pressed against her. And Vicky wants to show she cares for something besides her ministry–and put off the disaster waiting at home for as long as possible.

They never bargained for the dangers they face in an unforgiving wilderness. Now they’ll have to work together if they hope to make it home alive. While the three women fight to survive the elements, their toughest battles may be with themselves.

If We Make It Home: A Novel of Faith and Survival in the Oregon Wilderness
https://gospelebooks.net/removed/make-home-novel-faith-survival-oregon-wilderness-2.html

From the Garden to the City Where does technology belong in the biblical story of redemption?

Believers and unbelievers alike are saturated with technology, yet most give it little if any thought. Consumers buy and upgrade as fast as they can, largely unaware of technology’s subtle yet powerful influence. In a world where technology changes almost daily, many are left to wonder: Should Christians embrace all that is happening? Are there some technologies that we need to avoid? Does the Bible give us any guidance on how to use digital tools and social media?

An experienced Web developer and writer on technology and culture, John Dyer answers these questions and more by walking through the story of the Bible and introducing key ideas about how technology and culture interact. Dyer first analyzes the biblical, theological, and philosophical foundations of technology and then studies several examples that show how technology can influence the spiritual life. For youth pastors, college-aged readers, and anyone interested in understanding how technology fits with faith, From the Garden to the City fills a gap for biblically-informed literature in a technological world.

From the Garden to the City
https://gospelebooks.net/removed/from-the-garden-to-the-city-2018.html Be faithful in your giving and God will reward you financially. It’s not always stated that blatantly but the promises of the Prosperity Gospel–or the name-it-and-claim-it gospel, the health-and-wealth gospel, the word of faith movement, or positive confession theology–are false. Yet its message permeates the preaching of well-known Christian leaders: Joyce Meyer, T. D. Jakes, Joel Osteen, Creflo Dollar, Kenneth and Gloria Copeland, and many more.

The appeal of this teaching crosses racial, gender, denominational, and international boundaries. Why are otherwise faithful Christians so easily led astray? Because the Prosperity Gospel contains a grain of biblical truth, greatly distorted.
For anyone who knows that Prosperity Gospel theology is wrong but has trouble articulating and refuting the finer points, this concise edition contains all the robust arguments of the hard-hitting original edition in a shorter, more accessible form. 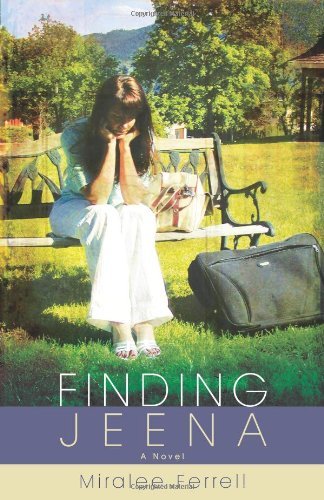 Jeena Gregory’s new job promised big things–new clothes, new townhouse, new car, new furniture. . . in short, a new life. But when rumors around town cast her boss in a shady light, Jeena starts questioning her employer’s integrity. As her new life begins to crumble around her, she has nowhere to turn, except to the God she had long forgotten.

This is Christian contemporary women’s fiction with a distinct Christian worldview. You can find more of Miralee’s books on Amazon, including the prequel to this novel, The Other Daughter. Both books stand alone, but you meet Jeena inThe Other Daughter, then follow her story in her own book.

Page 26 of 26« First«...10...2223242526
Gospel eBooks is a participant in the Amazon Services LLC Associates Program, an affiliate advertising program designed to provide a means for sites to earn advertising fees by advertising and linking to amazon.com. View our Privacy Policy.