10 Dead Guys You Should Know: Standing on the Shoulders of Giants 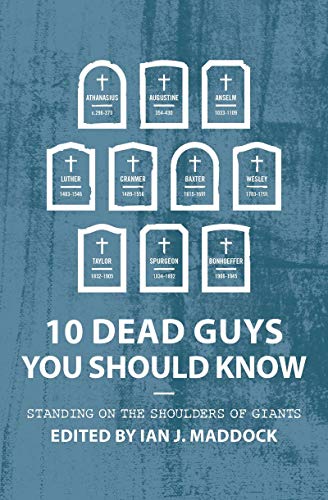 Ten fascinating bite–sized biographies of the Christians people expect you to know.

While Christians have always prized the Bible as our ultimate authority in matters of faith and practice, we also recognize that the Christian life is an intergenerational and communal activity. This collection of ten short biographies will introduce you to Christians from a variety of places and times, who all boldly preached the gospel, despite the risk to personal reputations and safety. How short–sighted it would be not to glean insights from our ancestors, whether that entails learning how to walk in their steps – or else avoiding their missteps.

Written by Ian Maddock, Rachel Ciano and Stuart Colton, who all teach church history and edited by Ian Maddock. Each chapter has suggested further reading, and additional suggestions ‘for the adventurous’.

END_OF_DOCUMENT_TOKEN_TO_BE_REPLACED

10 Dead Guys You Should Know: Standing on the Shoulders of Giants
https://gospelebooks.net/christian-ebook-deals/10-dead-guys-know-standing-shoulders-giants.html

The Experience That Counts 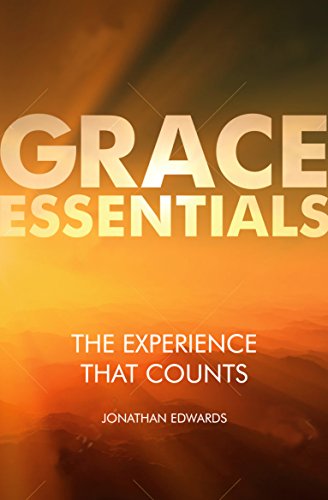 What does it mean to be a Christian? Is Christianity a matter of the intellect alone? What about desires, feelings, and experiences? What is conversion? These questions are not new, Jonathan Edwards, the great American theologian tackled these, and many other, against the background of the First Great Awakening.
These questions, and the answers Edwards gives to them, are profoundly relevant to us today.
Find ‘a guide for the perplexed’ – a voice of clear Biblical and spiritual sanity to lead us safely through the maze of contemporary confusion in this crucial area.

The Experience That Counts
https://gospelebooks.net/removed/the-experience-that-counts.html

18 Words: The most important words you will ever know 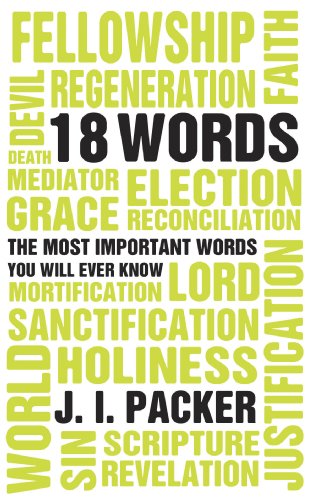 If the modern world can be characterised by one thing it is probably the enormous increase in the number of words around – but that increase has also been accompanied by a seemingly corresponding decrease in understanding. It is the irony of the information age that instead of bringing clarity it has raised uninformed opinion to the same level as truth.The church has also not been faultless. Rather than discuss ideas in order to come to some settled agreement, the church has been characterised as trying to make words mean different things in order to accommodate differences.But the church should be a beacon of light to the world. The church has the words of eternal life.J. I. Packer is a master wordsmith. He is also gifted with the ability of showing where truth lies in complicated reasoning. These skills combine to make Words from God a fascinating read – and a life-changing one.The 18 words are Death, Devil, Election, Faith, Fellowship, Grace, Holiness, Justification, Lord, Mediator, Mortification, Reconciliation, Regeneration, Revelation, Sanctification, Scripture, Sin & World.Jim Packer is named by Time Magazine as one of the 25 most influential evangelicals alive. He is the Board of Governor’s Professor of Theology at Regent College, Vancouver, BC, Canada.

18 Words: The most important words you will ever know
https://gospelebooks.net/removed/18-words-important-words-will-ever-know-2021.html 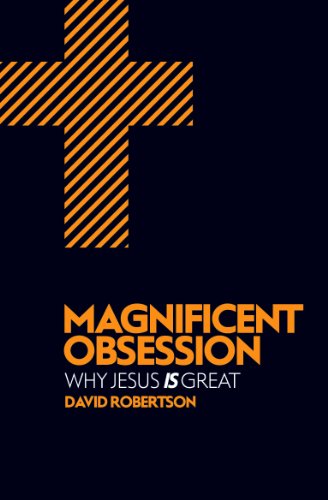 David Robertson, author of The Dawkins Letters, was told by the leader of an atheist society: “Okay, I admit that you have destroyed my atheism, but what do you believe?” His answer was “I believe in and because of Jesus.” This book shows us why Jesus is the reason to believe. In response to the shout of “God is not Great” by the late Christopher Hitchens, David shows us why Jesus is God and is Great.

Why Everything Matters: The Gospel in Ecclesiastes 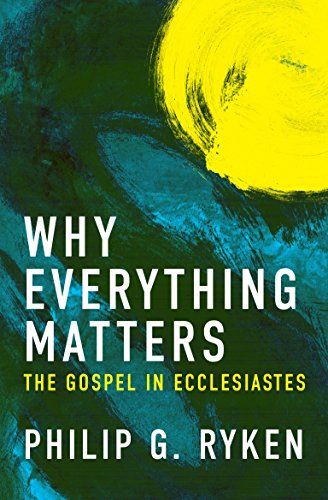 Ecclesiastes is for people who have their doubts about God, but can’t stop thinking about him. The author of Ecclesiastes had his doubts, too, and these have enabled him to speak to skeptics as well as believers down through the centuries.
Ecclesiastes is a book rich in literary artistry and multi-layered depths of spiritual meaning. Philip G. Ryken explores this wonderful Old Testament book, and reminds us again of the need to trust God with the questions, even when we do not have all the answers.

Why Everything Matters: The Gospel in Ecclesiastes
https://gospelebooks.net/removed/everything-matters-gospel-ecclesiastes.html

Singing the Songs of Jesus 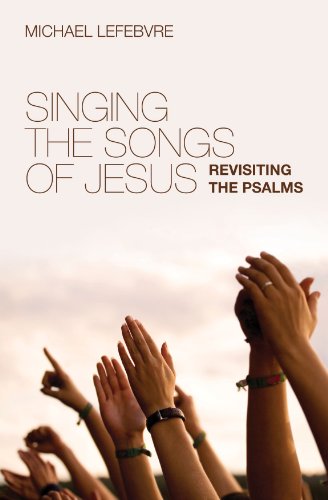 The Psalms were composed for singing. In Old and New Testament times, and throughout Church history, congregations sung Psalms. Despite renewed interest in Psalmody, few books explain how the Psalms function as hymns for Christ-centred worship. Singing the Songs of Jesus fills that gap without shying away from difficulties, like the doubts and curses of the Psalms. This study shows why the Psalms are suited for Christian praise and how to use them for powerful and relevant worship.

Michael LeFebvre is pastor of Christ Church Reformed Presbyterian Church in the western suburbs of Indianapolis. He previously studied Old Testament Law at PhD Level at Aberdeen University. He is married to Heather and they have four children.

“In this short book of 160 pages, we have a good summary of the theology (purpose) of the Psalms. The author provides clear principles for interpreting the Psalms in a Christ-centred way and shows us how we can develop a precious intimacy with the King through ongoing usage of the Psalms. Using them in public worship is a God-given way of exalting King Jesus as we see him fulfil his role as Leader of the praise of God’s people.”
Malcolm MacLean ~ Minister, Greyfriars Free Church of Scotland, Inverness, Scotland

END_OF_DOCUMENT_TOKEN_TO_BE_REPLACED

Singing the Songs of Jesus
https://gospelebooks.net/removed/singing-songs-jesus111921.html 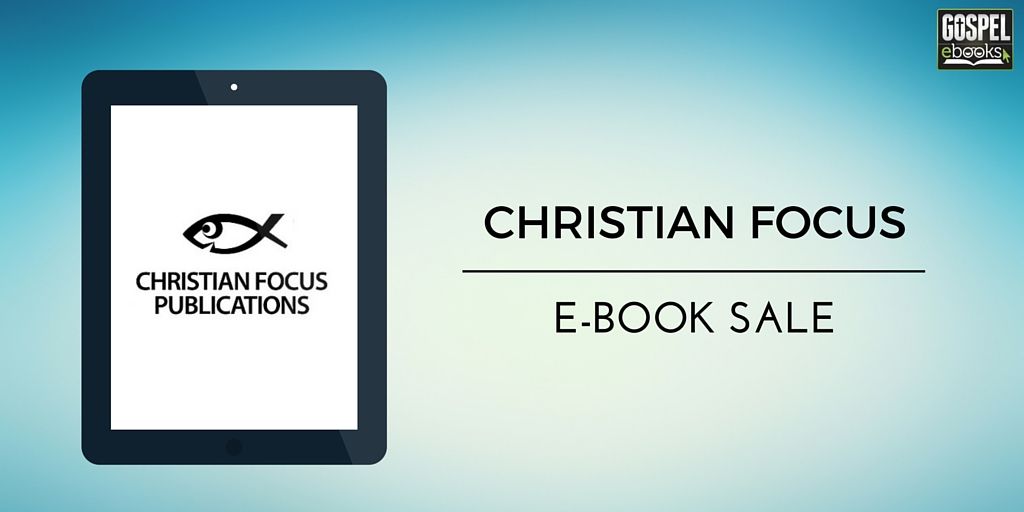 In this grab bag, we have 4 e-books from the Good Portion series which were published by Christian Focus Publications. The prices the publisher has provided are under each ebook cover.

Page 1 of 2612345...1020...»Last »
Gospel eBooks is a participant in the Amazon Services LLC Associates Program, an affiliate advertising program designed to provide a means for sites to earn advertising fees by advertising and linking to amazon.com. View our Privacy Policy.