Waiting on Love (Ladies of the Lake)

Waiting on Love (Ladies of the Lake)
https://gospelebooks.net/removed/waiting-love-ladies-lake.html 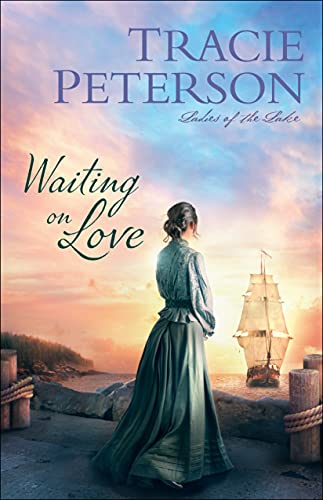 She’s made big promises. It’ll take everything she’s got to keep them.

Crisscrossing the Great Lakes onboard her father’s freighter ship, the Mary Elise, Elise Wright has grown up cooking and caring for the crew. It is a life she loves. Unlike her estranged sister, Elise has turned down numerous opportunities for a “respectable life” with their wealthy relatives. And now, because of promises she made to her dying mother, she’s bound to the ship and her deeply grieving father more than ever.

Nick Clark is grateful to be hired on as the Mary Elise’s first mate as he works to overcome his own guilt and others’ censure for a fatal decision he made captaining another ship. He feels protective of the Wrights and their generous natures, especially when a rough new sailor seems intent on causing serious trouble.

As the sailor’s misdeeds grow, tragedy swells up from another corner. Left to pick up the pieces of the commitments they’ve made to themselves and to each other, Nick and Elise will have to rely on their faith to see them through.

Bethany House PublishersLadies of the LakeTracie PetersonWaiting on Love
Gospel eBooks is a participant in the Amazon Services LLC Associates Program, an affiliate advertising program designed to provide a means for sites to earn advertising fees by advertising and linking to amazon.com. View our Privacy Policy.