Death on Hold: A Prisoner’s Desperate Prayer and the Unlikely Family Who Became God’s Answer

Death on Hold: A Prisoner\’s Desperate Prayer and the Unlikely Family Who Became God\’s Answer
https://gospelebooks.net/removed/death-hold-prisoners-desperate-prayer-unlikely-family-became-gods-answer.html 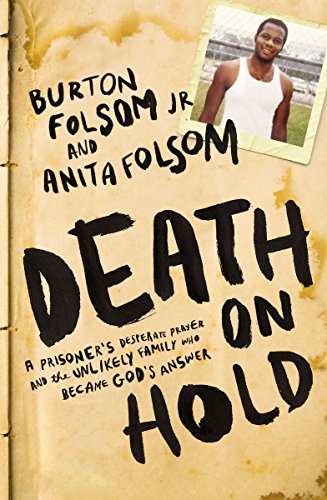 In January 1983 Burt Folsom read a story in Time about Mitch Rutledge, a man on death row with an IQ of 84 who said he was sorry for what he did. “Forget him,” the last line of the story read. But Burt wrote Mitch a letter and discovered a man more interesting and intelligent than the article revealed.

Burt and his wife, Anita, began a  friendship with Mitch and saw him become a leader and role model for others in prison, teaching himself to read and write (starting with copying down the spelling of items he knew from TV commercials) and becoming a national spokesman on prison life.

Death on Hold is the amazing story of their friendship, and of grace, reconciliation, and redemption for a man without hope who was given a future.

Anita FolsomBurton W. FolsomDeath on HoldFriendshipGraceNon FictionreconciliationRedemptionThomas Nelson
Gospel eBooks is a participant in the Amazon Services LLC Associates Program, an affiliate advertising program designed to provide a means for sites to earn advertising fees by advertising and linking to amazon.com. View our Privacy Policy.