Deep Peace: Finding Calm in a World of Conflict and Anxiety 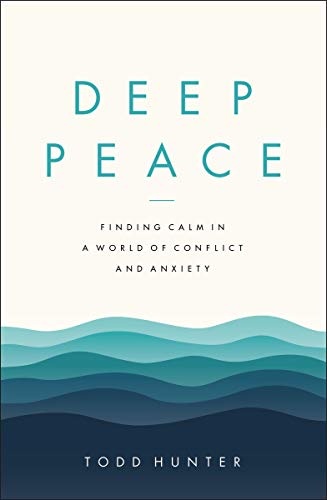 Experience deep wholeness in your life that springs forth from the peace of God.

We live in a fearful, anxiety-driven age where the problems and challenges of the world assault us from every direction and every media source, and they far exceed our abilities to respond to them. The sense of desperation that often comes of this leads to discord and violence: from bitter, cutting remarks to the atrocities of war; from pervasive racism to knee-jerk micro-aggressions. It contributes to our current, peace-bankrupt social discourse, leading to patterns of dismissing, dividing from, condemning, or hating people.

But what if the root of these problems is not found out there, in the situations, the information or misinformation of what’s happening in the world? What if they come from here: in our minds, hearts, thought-life, and emotions?

END_OF_DOCUMENT_TOKEN_TO_BE_REPLACED

Deep Peace: Finding Calm in a World of Conflict and Anxiety
https://gospelebooks.net/removed/deep-peace-finding-calm-world-conflict-anxiety.html

For the Body: Recovering a Theology of Gender, Sexuality, and the Human Body 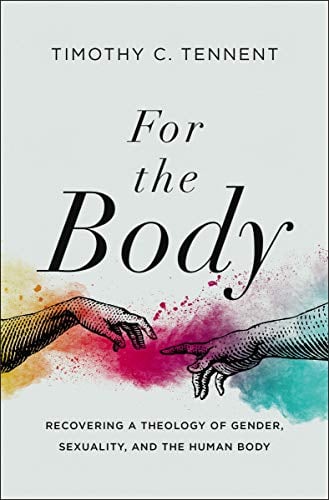 An in-depth look at what it means to be created in the image of God and how our bodies serve as icons that illuminate God’s purposes instead of ours.

The human body is an amazing gift, yet today, many people downplay its importance and fail to understand what Christianity teaches about our bodies and their God-given purposes. Many people misunderstand how the body was designed, its role in relating to others; and we lack awareness of the dangers of objectifying the body, divorcing it from its intended purpose.

Timothy Tennent covers topics like marriage, family, singleness, and friendship, and he looks at how the human body has been objectified in art and media today. For the Body offers a biblical framework for discipling people today in a Christian theology of the body.

END_OF_DOCUMENT_TOKEN_TO_BE_REPLACED

For the Body: Recovering a Theology of Gender, Sexuality, and the Human Body
https://gospelebooks.net/removed/body-recovering-theology-gender-sexuality-human-body.html

Willow Dupré never thought she would have to marry, but with her father’s unexpected retirement from running the prosperous Dupré sugar refinery, she is forced into a different future. The shareholders are unwilling to allow a female to take over the company without a man at her side, so her parents devise a plan–find Willow a spokesman king in order for her to become queen of the business empire.

Willow is presented with thirty potential suitors from the families of New York society’s elite group called the Four Hundred. She has six months to court the group and is told to to eliminate men each month to narrow her beaus until she chooses one to marry, ending the competition with a wedding. Willow reluctantly agrees, knowing she must do what is best for the business. She doesn’t expect to find anything other than a proxy . . . until she meets a gentleman who captures her attention, and she must discover for herself if his motives are pure. 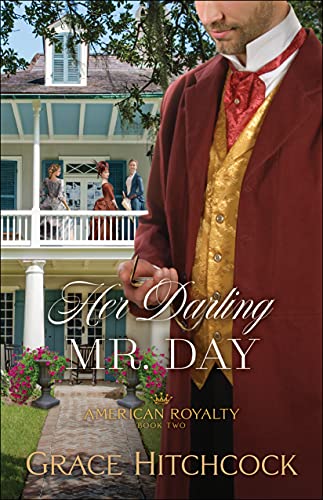 New Orleans’ most eligible bachelor insists he’s not on the market . . . but he couldn’t be more wrong.

Jilted in front of all New York, Theodore Day decides to lose himself in his family’s luxury riverboat business in New Orleans and compete against his brother to become the next company head. The brother with the most sales by summer’s end will win the position. Thanks to Theodore’s fame as a suitor in a socialite’s outlandish competition to find a husband, he has become very desirable royalty in Southern society and thus has an advantage.

It took Flora Wingfield’s best work to convince her family to summer in New Orleans, but with Teddy Day a bachelor once again, she’s leaving nothing to chance. Desperate to stand out from all the clamoring belles, Flora attempts a bold move that goes completely awry, only to find it’s her interior design skills that finally catch his notice.

But when Flora’s father’s matchmaking schemes come in the way of her plans, Teddy will have to decide where his happiness truly lies and what he is willing to sacrifice for it.

“Her Darling Mr. Day is a delightful and charming romantic romp. I know my readers will find this novel as endearing as I did and highly recommend it.”–TRACIE PETERSON, bestselling author of the Ladies of the Lake series

“Grace Hitchcock kept me reading when other things needed doing.”–LAURAINE SNELLING, bestselling author of the Red River of the North series 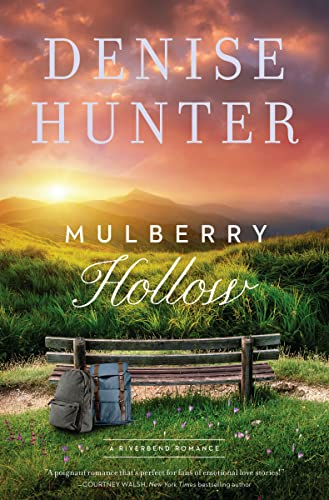 When a handsome handyman faces a medical emergency on the Appalachian trail, his sudden appearance in town challenges an ambitious doctor’s plan to remain single for life.

Avery Robinson decided to be a physician after helplessly watching her mother lose a battle with a terrible disease. Now at risk of developing the same illness, Avery guards her heart from love. She’s driven to protect her loved ones as a workaholic doctor in the tiny mountain town of Riverbend Gap, North Carolina.

Contractor Wes Garrett is hiking the Appalachian trail, in memory of the man who died saving his life, when an illness racks his body. After an agonizing fifteen-mile hike to Avery’s clinic, he collapses on her doorstep. He recovers to find himself in debt again—but this time to a beautiful doctor.

END_OF_DOCUMENT_TOKEN_TO_BE_REPLACED

In this grab bag, we have 5 e-books. The prices and sale dates that they have provided are under each book cover.

Kregel: Gospel Formed by J.A. Medders vs. Your Jesus Is Too Safe by Jared C. Wilson

Christian Focus: If I Should Die Before I Wake by K. Scott Oliphint & Sinclair B. Ferguson vs. Home Safe: A Treasury of Quotes on the Assurance of Salvation by Roger Ibrahim

You Choose The Sale: Sept 22-28
https://gospelebooks.net/uncategorized/choose-sale-sept-22-28.html