The Gospel of the Lord: How the Early Church Wrote the Story of Jesus 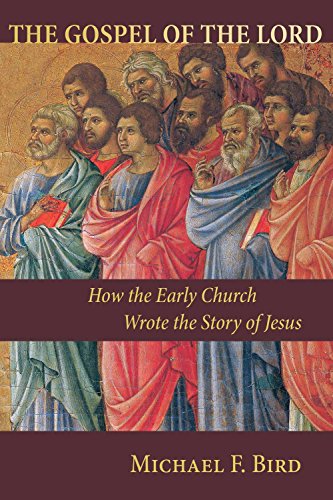 Balanced, comprehensive survey of the critical questions involved in studying the four Gospels

In this book, through a distinctive evangelical and critical approach, Michael Bird explores the historical development of the four canonical Gospels. He shows how the memories and faith of the earliest believers formed the Gospel accounts of Jesus that got written and, in turn, how these accounts further shaped the early church.

Bird’s study clarifies the often confusing debates over the origins of the canonical Gospels. Bird navigates recent concerns and research as he builds an informed case for how the early Christ followers wrote and spread the story of Jesus — the story by which they believed they were called to live. The Gospel of the Lord is ideal for students or anyone who wants to know the story behind the four Gospels.

Watch an interview with Michael Bird from our Eerdmans Author Interview Series:

The Gospel of the Lord: How the Early Church Wrote the Story of Jesus
https://gospelebooks.net/removed/gospel-lord-early-church-wrote-story-jesus.html

The Shadow of the Almighty: Father, Son and Spirit in Biblical Perspective 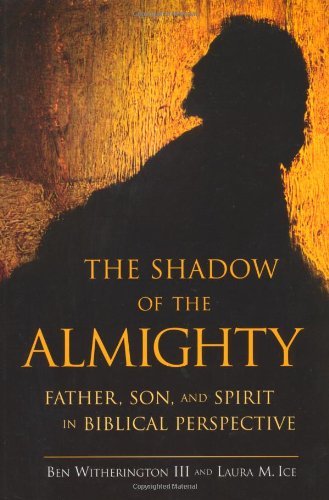 The Shadow of the Almighty introduces readers to the nature of God by exploring the biblical references to God as “Father”, “Son”, and “Holy Spirit”. This fruitful approach offers fresh insight into the meaning of the biblical language used for God, giving readers the background necessary for properly understanding the trinitarian perspective of the New Testament and of the Christian faith”. “Divided into four chapters, the book looks at “Father” language in early Judaism, at “Father” language in early Christianity, at “Son” language, and at language designating the Spirit. This thorough review of the traditional God-language across the biblical texts shows what the earliest Christians understood by using these terms and, ultimately, what these terms mean for modern faith and practice”. “While much of this material is deceptively familiar, the authors’ close examination of how and where the different terms are used reveals some surprising results. It makes clear, for example, that speaking of God in trinitarian terms was not as radical a departure from early Jewish monotheism as many have thought, and it shows that while early Christianity was characterized by disparate ideas, the first Christians nevertheless shared a common understanding of God. Equally engaging findings of the book include the authors’ support for the traditional gendered term “Father” when speaking about God”. Complete with helpful questions at the end of each chapter, The Shadow of the Almighty provides an excellent place to begin a deeper study of God.

The Shadow of the Almighty: Father, Son and Spirit in Biblical Perspective
https://gospelebooks.net/cheap-christian-ebooks/shadow-almighty-father-son-spirit-biblical-perspective-kindle-edition.html

Five Women of the English Reformation Books on the history of the Reformation are filled with the heroic struggles and sacrifices of men. But this compelling volume puts the spotlight on five strong and intellectually gifted women who, because of their absolute and unconditional commitment to the advancement of Protestant Christianity, paid the cost of their reforming convictions with martyrdom, imprisonment, and exile.

Anne Boleyn (1507-1536) introduced the Reformation to England, and Katharine Parr (1514-1548) saved it. Both women were riveted by early versions of the “justification by faith” doctrine that originated with Martin Luther and came to them through France. As a result, Anne Boleyn was beheaded. Katharine Parr narrowly avoided the same fate.

Sixteen-year-old Jane Grey (1537-1554) and Anne Askew (1521-1546) both dared to criticize the Mass and were pioneers of Protestant views concerning superstition and symbols. Jane Grey was executed because of her Protestantism. Anne Askew was tortured and burned at the stake. Catherine Willoughby (1520-1580) anticipated later Puritan teachings on predestination and election and on the reformation of the church. She was forced to give up everything she had and to flee with her husband and nursing baby into exile.

Paul Zahl vividly tells the stories of these five mothers of the English Reformation. All of these women were powerful theologians intensely interested in the religious concerns of their day. All but Anne Boleyn left behind a considerable body of written work — some of which is found in this book’s appendices. It is the theological aspect of these women’s remarkable achievements that Zahl seeks to underscore. Moreover, he also considers what the stories of these women have to say about the relation of gender to theology, human motivation, and God. An important epilogue by Mary Zahl contributes a contemporary woman’s view of these fascinating historical figures.

Extraordinary by any standard, Anne Boleyn, Anne Askew, Katharine Parr, Jane Grey, and Catherine Willoughby remain rich subjects for reflection and emulation hundreds of years later. The personalities of these five women, who spoke their Christian convictions with presence of mind and sharp intelligence within situations of life-and-death duress, are almost totemic in our enduring search for role models. Widely acclaimed in its French edition, this sterling biography of John Calvin sheds new light on the great Reformers personality by concentrating on the milieu in which he did his lifes work.

In the largest part of the book, Bernard Cottret develops a chronological examination of Calvins life, from his birth in Noyon to his ministry and administration in Geneva. In the final chapters Cottret explores thematic aspects of Calvins persona Calvin the polemicist, the preacher, and the writerand looks with greater depth at Calvins foremost work, the Institutes of the Christian Religion.

Balanced, cogent, and written with literary beauty, this biography will take its place among the bestand most enjoyableportraits of Calvins life, work, and lasting influence.