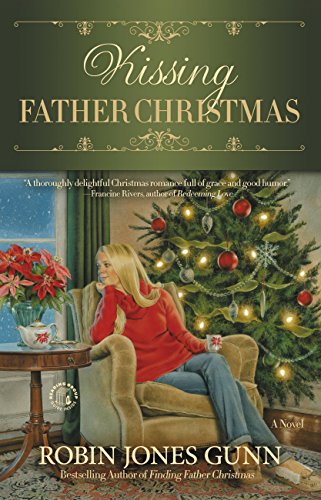 Bestselling and award-winning author Robin Jones Gunn returns to the cozy English village of Carlton Heath, with a winter romance to melt your heart.

A year-and-a-half ago, Anna flew from Minnesota to Carlton Heath to attend the wedding of her cousin, Ian, to an American woman named Miranda. The beautiful event ended with Anna receiving an unexpected, unforgettable kiss from groomsman Peter. Now Anna is delighted to be invited back for Christmas with her family, dreams of romance dancing in her head. But when she finally sees him again, Peter insists his only interest in Anna is as a friend. Anna is hurt, and becomes even more confused when Peter takes her on a romantic tour of London. Is Anna’s heart misleading her, or is there a reason Peter is denying what he feels?

Trumpocalypse: The End-Times President, a Battle Against the Globalist Elite, and the Countdown to Armageddon 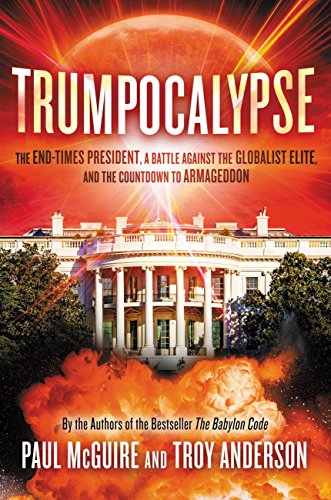 From the authors of the international bestseller The Babylon Code comes an explosive exposé of the chilling truth about the fierce opposition to the Trump presidency, and why the globalist elite and Deep State will stop at nothing-assassination, military coup, staged economic collapse, or worse-to overthrow him.

“Trumpocalypse!” It’s the media-coined meme inciting panic and fear that America has elected an unstable man who will barge into delicate international affairs like a bull in a china shop and incite nations bent on America’s destruction to trigger World War III-an unprecedented nuclear apocalypse ending the world as we know it. But is the media telling us the truth?

No, say internationally-recognized prophecy expert and Fox News and History Channel commentator Paul McGuire and Pulitzer Prize-nominated investigative journalist Troy Anderson. America’s most insidious enemies are not hostile nations; they are elite globalists-the “Establishment” that is making the “1 percent” even richer while working- and middle-class people watch their incomes and net worth’s flatline or plummet.

The authors fearlessly expose the globalist elite’s secret plan for humanity and the campaign of mass deception. Using documentation gleaned from years of journalistic investigation and extensive interviews with over fifty of the world’s most respected geopolitical, economic and military affairs experts, faith leaders, and biblical scholars, McGuire and Anderson unmask these elites as members of secret societies with deep occult connections who have gained control of America’s dominant institutions-government, education, entertainment, international banking, and even the media.

Trumpocalypse explores the enigmatic prophecies and “biblical codes” involving Trump, and asks whether God raised up President Trump as a fearless leader to guide America and the free world through a series of major crises as the biblical end-time narrative unfolds, as many people with prophetic gifts are predicting, and shows why everyday Americans and evangelicals have rallied around Trump as their last hope of saving America and averting the horrors of the Apocalypse. It further reveals why Trump and millions of “deplorables” are fighting to stop the hidden agenda of the Establishment, and how the perplexing chaos enveloping the planet could paradoxically signal the beginning of the great end-times awakening that millions are praying for.

Here is an invitation to join the anti-Establishment surge-what evangelist Franklin Graham calls “the Christian revolution”-and discover how to fulfill your own destiny in the run-up to the Second Coming of Jesus Christ.

Trumpocalypse: The End-Times President, a Battle Against the Globalist Elite, and the Countdown to Armageddon
https://gospelebooks.net/removed/trumpocalypse-end-times-president-battle-globalist-elite-countdown-armageddon.html

Born for This: My Story in Music 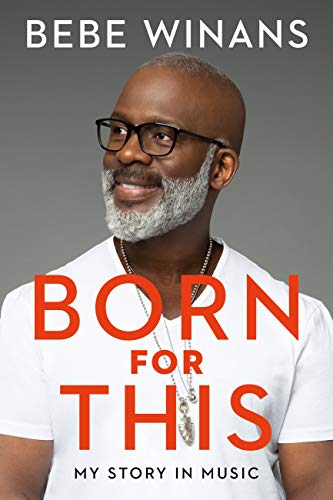 BeBe Winans, six-time Grammy Award-winning singer and member of Gospel music’s royal family, shares the candid and close-up journey of pursuing his dreams while holding on to his faith.
Benjamin “BeBe” Winans always knew he was born to be a Gospel singer. Growing up watching his four older brothers perform fueled his dream to be on stage, and as teenagers, he and his younger sister CeCe were offered the opportunity to move from Detroit to North Carolina and join the Praise the Lord Singers for The PTL Club, hosted by the eccentric Jim and Tammy Faye Bakker. Under the Bakkers’ wings, BeBe and CeCe became the most popular televangical stars in America and soon found themselves choosing between their family values and the temptations of fame and fortune.
Like a conversation with a lifelong friend, BeBe invites readers and loyal fans alike to share in never-before-revealed details about life in the crossfires between church, Gospel music, and the mainstream recording industry. He shares personal stories about his mentor Andraé Crouch and close friend Whitney Houston, who both had a major impact on his life.
As he reflects on the obstacles, the disappointments, the victories, the surprises, the racism, and the love he has encountered, he realizes that when we understand our value before God, we can participate in a daily glory and peace for which we were all born.

Born for This: My Story in Music
https://gospelebooks.net/removed/born-story-music.html 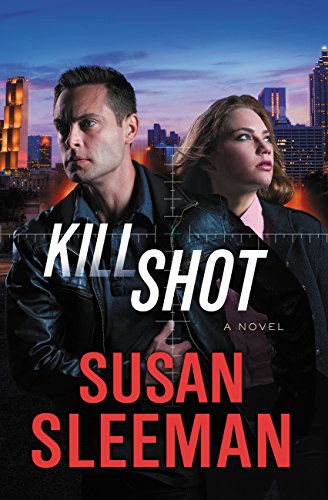 Suspense and romance combine in Susan Sleeman’s thrilling new novel about an FBI agent who must team up with a beautiful therapist to stop a killer with a deadly new weapon.

Some fears haunt you forever….

As the ballistics and weapon’s expert for the FBI’s special task force nicknamed the White Knights, Rick Cannon has known the Department of Defense was developing self-steering bullets. Rick feared these smart bullets–which have one hundred percent accuracy that can turn even a novice into a lethal sniper–would eventually end up in the hands of the wrong people. But since the ammunition was still in the development stage, he figured they had plenty of time before that happened. He was wrong. Dead wrong.

Until they become reality.

When a homeless vet is killed with a smart bullet, it’s clear that the ammunition has been stolen, and the Knights are called in to find the thief and stop the killings. But they aren’t the only ones desperate to find the killer. Therapist Olivia Dobbs is well known for her success in counseling military veterans with PTSD. When she discovers one of her clients moments after he is murdered, she becomes both the FBI’s prime witness, and suspect.

Despite the mutual attraction that immediately sparks between them, Rick can’t–no he won’t–let Olivia interfere with his investigation. But when the sniper trains his rifle on her, Rick must recall all the skills he learned as a Marine sniper to make sure the next bullet fired isn’t a kill shot that takes Olivia out. 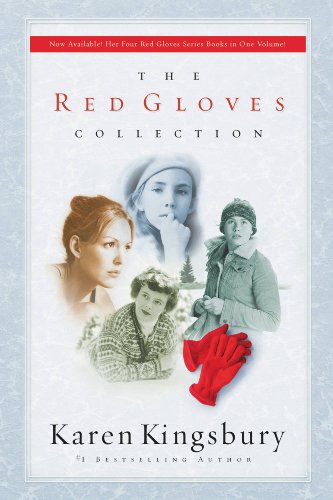 Compiled in this collector edition are Gideon’s Gift, Sarah’s Song, Maggie’s Miracle, and Hannah’s Hope. Readers worldwide have been touched by these heart-warming tales of hope, inspiration, and joyous miracles by bestselling author Karen Kingsbury. 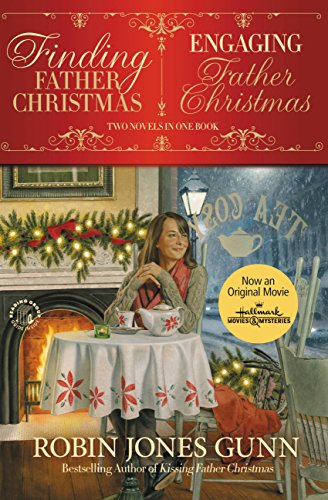 By beloved author Robin Jones Gunn, two timeless, heartwarming Christmas novellas bound together for the first time in an omnibus edition.
In FINDING FATHER CHRISTMAS, Miranda Carson’s search for her father leads her unexpectedly to London with only a few feeble clues as to who he might be. Immediately welcomed into a family that doesn’t recognize her, and whom she’s quickly coming to love, she faces a terrible decision. Should she reveal her true identity and destroy their idyllic image of her father? Or should she carry the truth home with her to San Francisco and remain alone in this world? Whatever choice she makes during this London Christmas will forever change the future for both herself and the family she can’t bear to leave.

In ENGAGING FATHER CHRISTMAS Miranda Carson can’t wait to return to England for Christmas and to be with her boyfriend, Ian. She has spent a lifetime yearning for a place to call home, and she’s sure Carlton Heath will be it, especially when a hinted-at engagement ring slips into the conversation. But Miranda’s high hopes for a jolly Christmas with the small circle of people she has come to love are toppled when Ian’s father is hospitalized and the matriarch of the Whitcombe family withholds her blessing from Miranda. Questions run rampant in Miranda’s mind about whether she really belongs in this cheery corner of the world. Then, when her true identity threatens all her relationships in unanticipated ways, Miranda is certain all is lost. And yet . . . maybe Father Christmas has special gifts in store for her after all. 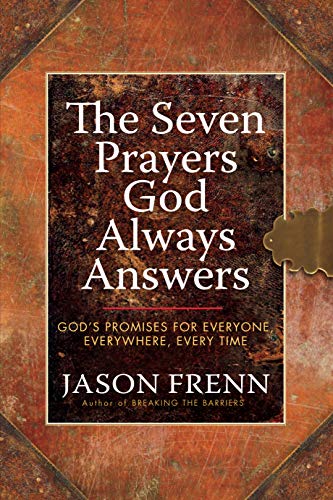 The author asks readers: What prayer do you want to be answered? If you could sit down with God over a cup of coffee, how would you respond if He asked you, “What do you want me to do for you?” What would you ask? The author believes these questions could usher in the greatest breakthrough of the reader’s life. He believes that God desires to answer prayer. Yes, everyones. THE SEVEN PRAYERS GOD ALWAYS ANSWERS offers biblical insights into the power of prayer. It is designed to help readers pray and see the results that they pray for.

This book gives insight into the prayers that God always answers. It will help readers to understand God’s heart so that they can pray in accordance with His will. There are many topics of prayer that this book discusses including; praise, thanksgiving, confession, intercession, and petition. Jason Frenn says, “My desire is that this book completely transforms your life!”

Page 3 of 11«12345...10...»Last »
Gospel eBooks is a participant in the Amazon Services LLC Associates Program, an affiliate advertising program designed to provide a means for sites to earn advertising fees by advertising and linking to amazon.com. View our Privacy Policy.