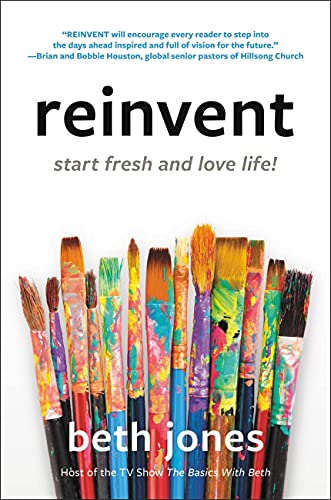 Reach your God-given potential and live a joyful life by finding your purpose in Christ with this inspiring guide from Beth Jones, host of Hillsong Channel’s The Basics With Beth.
The world around us is in a constant state of reinvention, from technology, to careers, to family. It’s easy to struggle in the midst of change, and each season brings new challenges. But we need reinvention: the kind that leads us to new fulfillment and our calling in Christ. To Reinvent ourselves in Christ means a transformation in our hearts, souls, bodies, and minds. And we can achieve this by biblically exploring and answering the questions: What do you want? What do you have? What will you do? and Why will you do it?
Let the baggage of the past become history today. Let God renew your hope, and you will experience the joy of living like never before. No matter what has happened, and no matter where you are on this journey, Reinvent will help you start fresh and love life!

What Good Is God?: In Search of a Faith That Matters 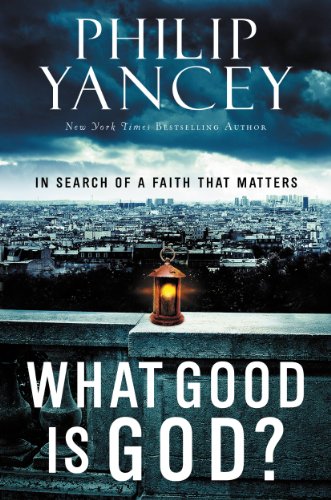 Journalist and spiritual seeker Philip Yancey has always struggled with the most basic questions of the Christian faith. The question he tackles in What Good Is God? concerns the practical value of belief in God. His search for the answer to this question took him to some amazing settings around the world: Mumbai, India when the firing started during the terrorist attacks; at the motel where Martin Luther King Jr. was assassinated; on the Virginia Tech campus soon after the massacre; an AA convention; and even to a conference for women in prostitution. At each of the ten places he visited, his preparation for the visit and exactly what he said to the people he met each provided evidence that faith really does work when what we believe is severely tested. What Good Is God? tells the story of Philip’s journey — the background, the preparation, the presentations themselves. Here is a story of grace for armchair travelers, spiritual seekers, and those in desperate need of assurance that their faith really matters.

What Good Is God?: In Search of a Faith That Matters
https://gospelebooks.net/removed/good-god-search-faith-matters.html 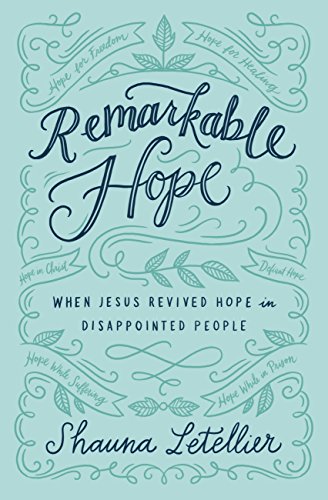 Rediscover eight people in the Bible whose hopes and expectations went from disappointment to life-changing transformation through Jesus.

Remarkable Hope reveals a pattern of hope where individuals were surprised by Jesus in drastic ways after they placed their hope in him and were — at first — disappointed. Their stories show his work was rarely what they anticipated.
As we observe Christ’s faithful commitment to these Biblical characters who hoped in him, we are wowed by his unseen plan. We are comforted by his orchestration of circumstances and revived by his enduring presence. Remarkable Hope helps us gladly declare, like the apostle Paul, that “our hope does not disappoint us.”

One Line Drive: A Life-Threatening Injury and a Faith-Fueled Comeback 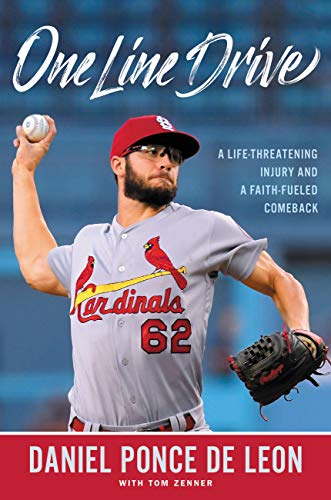 Daniel Ponce de Leon’s hard-fought journey to Major League Baseball and recovery from a near-death injury, followed by his astonishing big league debut, will inspire readers to trust God in all circumstances.
​
​The path you take to achieving your dreams is not always easy. Daniel Ponce de Leon, an acclaimed pitcher for the St. Louis Cardinals, overcame many challenges to get to the Major Leagues. Drafted four times, he spent a long four years climbing his way up through the minors before finally reaching AAA, only one step away from the Major Leagues. Then, Daniel’s dream was almost shattered when he was struck in the head by a line drive. Spending weeks in the hospital and months recovering from a large epidural hematoma, skull fracture, brain swelling, and hemorrhaging, Daniel held on to his belief that he would one day realize his dream.

Fourteen months later, and fully recovered, he made his first Major League start, becoming the fifth pitcher in modern Major League history to throw seven innings of no-hit ball in his first outing. MLB.com referred to it as one of the greatest debuts in Major League Baseball history.

In One Line Drive, Daniel retells his remarkable journey, sharing how he never would have made it without his faith in God and the support of family and friends. Full of grit, determination, and faith, Daniel’s story is an inspiring reminder to keep pressing on regardless of any setback or disappointment.

One Line Drive: A Life-Threatening Injury and a Faith-Fueled Comeback
https://gospelebooks.net/removed/one-line-drive-life-threatening-injury-faith-fueled-comeback.html

Touching Heaven: A Cardiologist’s Encounters with Death and Living Proof of an Afterlife 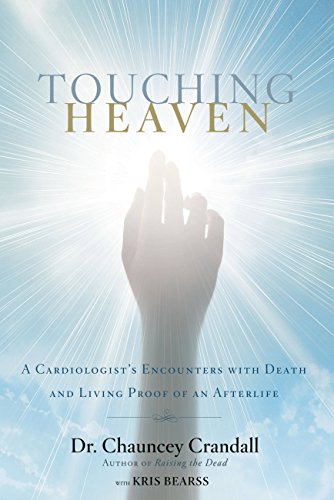 How a doctor’s glimpses of eternity confirmed everything he believed about God, suffering, life on earth, and what happens after death.Dr. Chauncey Crandall knows his patients well. When they are dying, he sits at the bedside with them and holds their hands. He prays with them. Sometimes he can feel what they feel and see what they see. At other times his patients have near-death experiences and “come back” with astonishing descriptions of the afterlife. In TOUCHING HEAVEN, Dr. Crandall reveals how what he has seen and heard has convinced him that God is real, that we are created for a divine purpose, that death is not the end, that we will see our departed loved ones again, and that we are closer to the next world than we think.

Touching Heaven: A Cardiologist’s Encounters with Death and Living Proof of an Afterlife
https://gospelebooks.net/removed/touching-heaven-cardiologists-encounters-death-living-proof-afterlife.html

Praying for America: 40 Inspiring Stories and Prayers for Our Nation 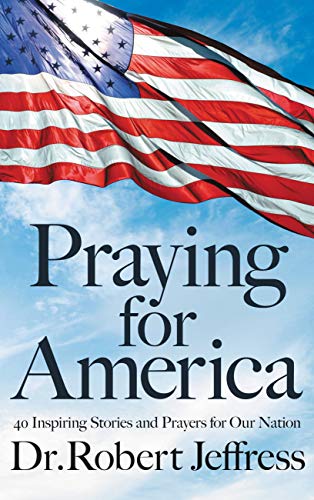 Discover how to pray powerful prayers for God to bless and unite America in this inspiring guide from the Senior Pastor of First Baptist Church.
The most patriotic thing you can do for America is pray for America. In times of division and disaster, our country has a long history of turning to God. Robert Jeffress, the senior pastor of a 14,000-member church in Dallas, Texas, and a Fox News contributor, believes it should be no different today. “When we seek God’s help and pray about the issues that affect our lives,” writes Jeffress, “we influence the fate of our families, our churches, and our nation. It has happened before in history, and it can happen again.”Each chapter of this uplifting book includes an inspiring story demonstrating the power of faith in the life of our nation, a prayer, and a relevant passage of Scripture to inspire and encourage you in praying intently for our country. In these increasingly divided times, Praying for America will serve as a very necessary and timely reminder that “In God, we trust.”

Praying for America: 40 Inspiring Stories and Prayers for Our Nation
https://gospelebooks.net/removed/praying-america-40-inspiring-stories-prayers-nation.html

Take the Day Off: Receiving God’s Gift of Rest 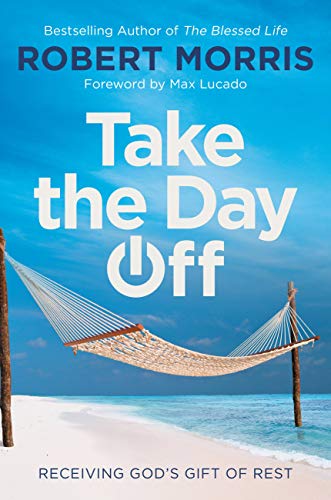 Rest your mind, body, and spirit and focus on God’s principles for keeping the Sabbath with this helpful guide from bestselling author Robert Morris.
A constant stream of busyness can slowly wear away at us over time: physically, mentally, emotionally, and spiritually. Yet believers often forget that taking a day of rest is one of the Ten Commandments! When we don’t give our minds and emotions a break, our will to make good choices can often become compromised. Resting is also important to those around you. If you have a weary soul, you can’t pour yourself into others at home, work, or wherever you are. It’s vital — you must take the day off.
In Take the Day Off, Pastor Morris explains why rest is central to your wellbeing, how to do it, and how helpful it can be. You will be inspired to experience true rest and make it a priority in the rhythm of your weekly schedule. Don’t wait and delay God’s blessings in your life. Start implementing the principle of rest in your life and you will see eternal benefits.

Take the Day Off: Receiving God’s Gift of Rest
https://gospelebooks.net/cheap-christian-ebooks/take-day-off-receiving-gods-gift-rest-2.html

Page 1 of 812345...»Last »
Gospel eBooks is a participant in the Amazon Services LLC Associates Program, an affiliate advertising program designed to provide a means for sites to earn advertising fees by advertising and linking to amazon.com. View our Privacy Policy.