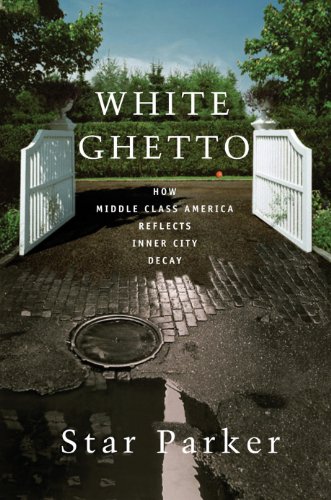 It’s the plight of all America.

Much has been said about Bill Cosby’s incendiary remarks about urban black culture and its “dirty laundry.” But in this provocative book, Star Parker, one of today’s most controversial commentators, goes even further, proving that urban plight simply reveals a decay that is gnawing its way throughout American society as a whole.

The sexual chaos, values disorientation, and social turmoil we see in our inner cities, Parker argues, is just a magnified reflection of the moral collapse happening all over America: in our schools, our churches, our homes. And this slide toward moral decrepitude is all due to a flagrant dismissal of and assault on America’s tried-and-true values.

With startling statistics and disturbing stories about the increasing secularization and criminalization of the middle class, Parker holds a cracked mirror up to suburbia. Taking on tough subjects such as abortion, drug abuse, sexual politics, and religion, she offers a rousing exploration of the raging cultural war-taking you on a wild, eye-opening tour through the White Ghetto.

Star Parker is the founder and president of CURE, the Coalition on Urban Renewal & Education, a nonprofit organization that provides national dialogue on issues of race and poverty in the media, inner city neighborhoods, and public policy. Star is a regular commentator on CNN, MSNBC, Fox News, and the BBC, which reaches 300 million homes worldwide. Her articles and quotes have also appeared in major publications including the Wall Street Journal, the Washington Post, and the New York Times, and is currently a weekly syndicated columnist for Scripps Howard News Service. Star is the author of Pimps, Whores, and Welfare Brats and Uncle Sam’s Plantation.

Non FictionStar ParkerThomas Nelson
Gospel eBooks is a participant in the Amazon Services LLC Associates Program, an affiliate advertising program designed to provide a means for sites to earn advertising fees by advertising and linking to amazon.com. View our Privacy Policy.