The Rescuer: One Firefighter’s Story of Courage, Darkness, and the Relentless Love That Saved Him

The Rescuer: One Firefighter’s Story of Courage, Darkness, and the Relentless Love That Saved Him
https://gospelebooks.net/removed/rescuer-one-firefighters-story-courage-darkness-relentless-love-saved.html 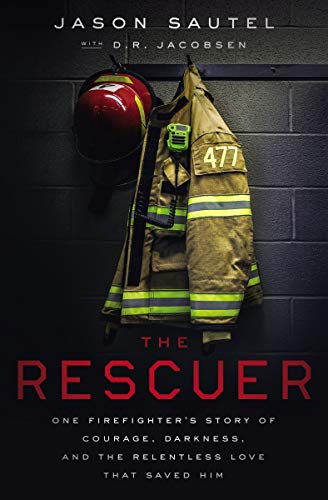 He helped save people every day—but he had no idea how to save himself.

Jason Sautel had it all. Confident in his abilities and trusted by his fellow firefighters, he was making a name for himself on the streets of Oakland, California. His adrenaline-fueled job even helped him forget the pain of his childhood—until the day he looked into the eyes of a jumper on the Bay Bridge and came face to face with a darkness he knew would take him down as well.

In the following months, a series of traumatic emergency calls—some successful, others impossible-to-forget failures—drove Jason deeper into depression. Even as he continued his lifesaving work, he realized he could never rescue everyone, and he had no idea how to save himself.

In the end, Jason was forced to confront the truth: only the relentless power of love could pull him back from his own deadly fall. Action-packed, spiritually honest, and surprisingly romantic, The Rescuer transports readers inside the pulse-pounding world of firefighting and into the heart of a man who needed to be broken before he could finally be made whole.

Jason SautelOne Firefighter’s Story of Courage Darkness and the Relentless Love That Saved HimThomas Nelson
Gospel eBooks is a participant in the Amazon Services LLC Associates Program, an affiliate advertising program designed to provide a means for sites to earn advertising fees by advertising and linking to amazon.com. View our Privacy Policy.