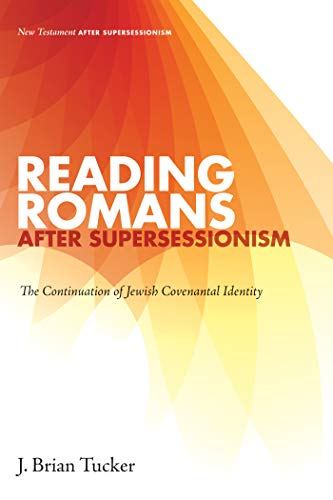 The Letter to the Romans explains the way Paul thought Jewish covenantal identity continued now that the messianic era had begun. More particularly, Paul addresses the relevance of Abraham for Jews and gentiles, the role of Torah, and the way it is contextualized in Christ. All too often, however, these topics are read in supersessionist ways. This book argues that such readings are unpersuasive. It offers instead a post-supersessionist perspective in which Jewish covenantal identity continues in Paul’s gospel. Paul is no destroyer of worlds. The aim of this book is to offer a different view of the key interpretive points that lead to supersessionist understandings of Paul’s most important letter. It draws on the findings of those aligned with the Paul within Judaism paradigm and accents those findings with a light touch from social identity theory. When combined, these resources help the reader to hear Romans afresh, in a way that allows both Jewish and non-Jewish existing identities continued relevance.

“Many declare loudly that Paul remained a Jew; few readings of Romans, however, demonstrate more than lip service to the implications, or respect for Jews and Judaism. In clear and yet learned style, Tucker presents a ‘Paul within Judaism’ historical perspective on Romans for Christians today who share his ‘Post-supersessionism’ sensibilities. This is a very welcome, historically grounded, respectful of the Jewish ‘other’ reading of Romans. Finally, ‘the times, they are a-changin!'”
–Mark D. Nanos, author of The Mystery of Romans (1996), and Reading Romans within Judaism (Cascade, 2018)

“‘Paul was no supersessionist.’ Approaching Romans from a ‘Paul Within Judaism’ perspective and employing social identity theory, Brian Tucker sets out to prove just that. The study tackles key issues such as the validity of Torah within Christ Groups and the status of God’s covenant with the Jewish people. Concluding in each case that Paul’s argument assumes continuity, Tucker’s book is cogent and essential; no one interested in Romans, or Pauline theology more generally, can afford to ignore it.”
–Anders Runesson, University of Oslo

J. Brian Tucker is Professor of New Testament at Moody Theological Seminary in Plymouth, MI, an Honorary Research Fellow at the University of Wales, Trinity Saint David, UK. He is the author of You Belong to Christ (2010), Remain in Your Calling (2011), and Reading 1 Corinthians (2017). He is coeditor of the T&T Clark Handbook to Social Identity in the New Testament (2014).

Cascade BooksJ. Brian TuckerNon FictionReading Romans after Supersessionism
Gospel eBooks is a participant in the Amazon Services LLC Associates Program, an affiliate advertising program designed to provide a means for sites to earn advertising fees by advertising and linking to amazon.com. View our Privacy Policy.