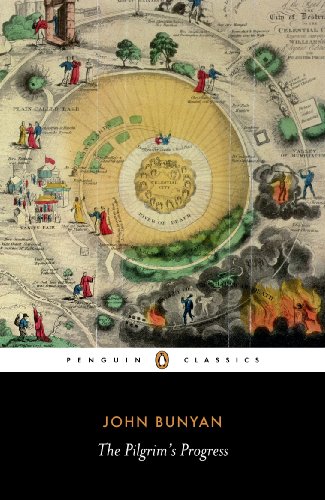 Bunyan wrote the first part of The Pilgrim’s Progress when he was in prison for conducting unauthorised Baptist religious services outside of the Church of England. It was published in 1678; the second part was published in 1684. In Bunyan’s hands a pious tract is transformed into a work of imaginative literature whose influence, both indirectly on the English consiousness and directly on the literature that followed, has been immeasurable. The rich countryman’s phrases that Bunyan borrowed or invented have become enshrined in the language, and many of the characters he created to people his imaginary world have won for themselves an independent and unforgettable existence.

John BunyanPenguinPenguin ClassicsThe Pilgrim's Progress
Gospel eBooks is a participant in the Amazon Services LLC Associates Program, an affiliate advertising program designed to provide a means for sites to earn advertising fees by advertising and linking to amazon.com. View our Privacy Policy.