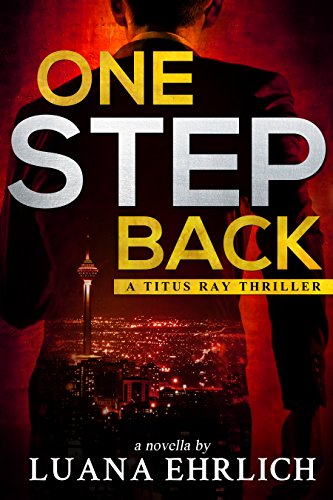 CIA intelligence officer Titus Ray tries to recruit a nuclear scientist in Tehran.
Days later, he goes on the run from the secret police.
Titus Ray has been in Iran for the past two years trying to recruit assets willing to feed him intel on the Iranian opposition. When he unexpectedly meets Amir Madani, one of Iran’s premier nuclear scientist, he can’t resist the opportunity to pursue him as a CIA asset.

Although Chaman, a beautiful Iranian socialite, warns Titus to stay away from Madani, he ignores her advice and befriends the nuclear scientist. The consequences prove disastrous for Titus, and, as the secret police close in on him, he’s forced to find shelter with a group of Iranian Christians, who risk their own lives to save his.

” I recommend these books for all who enjoy good clean fiction, especially involving current events in the world. I like the development of the characters and their relationship.”