The Mystery of the Gospel Vindicated

The Mystery of the Gospel Vindicated
https://gospelebooks.net/removed/mystery-gospel-vindicated.html 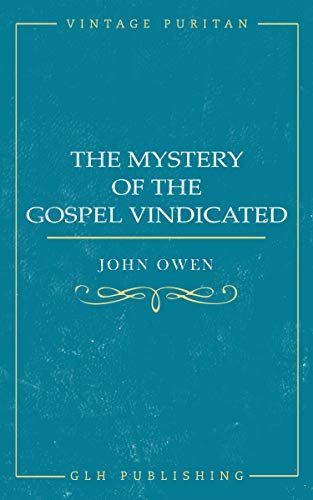 In the 1650s, historic Christianity in England was challenged by Socinianism. This heretical system was to a large extent based on Arianism, which had plagued the ancient church. Owen wrote his Vindiciæ Evangelicæ after being commissioned by the Council of State to refute Socinianism. In it he deals with the writings of John Biddle, ‘the father of English Socinianism,’ Hugo Grotius, the famous Dutch statesman and philosopher (who was not an avowed Socinian) and the Racovian Catechism, which was associated with Socinus himself. (CCEL)

GLH PublishingJohn OwenThe Mystery of the Gospel Vindicated
Gospel eBooks is a participant in the Amazon Services LLC Associates Program, an affiliate advertising program designed to provide a means for sites to earn advertising fees by advertising and linking to amazon.com. View our Privacy Policy.