Maggie: The Sequel to The Dead Don’t Dance (Awakening)

Maggie: The Sequel to The Dead Don\’t Dance (Awakening)
https://gospelebooks.net/removed/maggie-sequel-dead-dont-dance-awakening020322.html 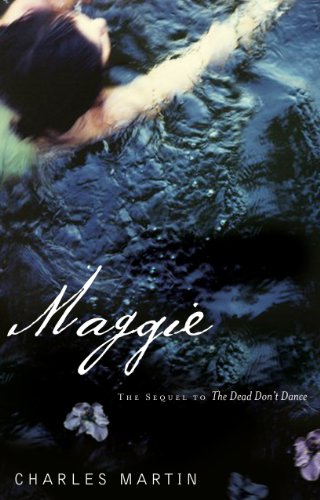 The moving sequel to bestselling author Charles Martin’s The Dead Don’t Dance. After slipping into a four-months-long coma following the tragic loss of their son in childbirth, Dylan’s wife, Maggie, finally awakens—but can the young couple pick up the broken pieces of their lives and move forward?

In a sleepy rural town in South Carolina, Dylan and Maggie Styles were a young couple in love, preparing eagerly for the birth of their first son. When the child was delivered stillborn and Maggie hemorrhaged and slipped into a coma, Dylan’s entire world shattered, but he never gave up hope that she would awaken. And four months later, she did.

“When Maggie opened her eyes that New Year’s Day some seventeen months ago, I felt like I could see again. The fog lifted off my soul, and for the first time since our son had died and she had gone to sleep–some four months, sixteen days, eighteen hours, and nineteen minutes earlier–I took a breath deep enough to fill both of my lungs.”

Life begins again for Dylan when his beloved wife wakes, but so many things have changed. In this poignant love story that is redolent with Southern atmosphere, Dylan and Maggie must come to terms with their past before they can embrace their future.

Charles MartinMaggieThe Sequel to The Dead Don't DanceThomas Nelson
Gospel eBooks is a participant in the Amazon Services LLC Associates Program, an affiliate advertising program designed to provide a means for sites to earn advertising fees by advertising and linking to amazon.com. View our Privacy Policy.