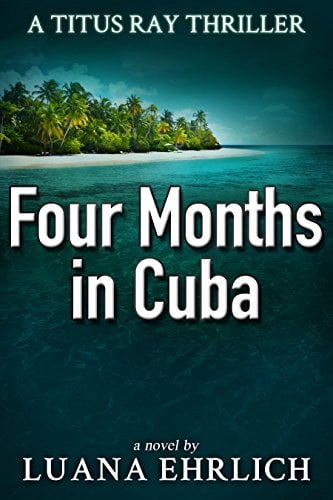 It wasn’t a rescue . . .
When he arrives back in the States, not only does he learn his mission has changed, he also learns he has a rival for Nikki Saxon’s affections. Now, he must make a decision about their relationship. Do they have a future together, or would she be better off without him?

It wasn’t a mission . . .
With Ben’s life in imminent danger, Titus decides to risk everything—his career at the Agency, his future with Nikki Saxon, even his own life—in order to bring Ben Mitchell home.

“ I recommend these books for all who enjoy good clean fiction, especially involving current events in the world. I like the development of the characters and their relationship.”

A Titus Ray ThrillerFour Months in CubaLuana EhrlichPotter’s Word PublishingTitus Ray Thrillers Book 4
Gospel eBooks is a participant in the Amazon Services LLC Associates Program, an affiliate advertising program designed to provide a means for sites to earn advertising fees by advertising and linking to amazon.com. View our Privacy Policy.