Formula of Deception: A Novel

Formula of Deception: A Novel
https://gospelebooks.net/removed/formula-deception-novel-3.html 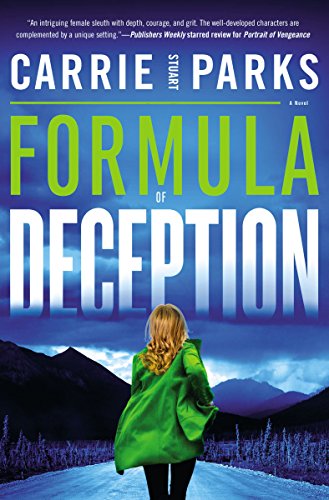 “I love Carrie Stuart Parks’s skill in writing characters with hysterical humor, unwitting courage, and a page-turning mystery. I hope my readers won’t abandon me completely when they learn about her!” —Terri Blackstock, USA TODAY bestselling author of If I Run, If I’m Found, and If I Live

An artist hiding from an escaped killer uncovers one of World War II’s most dangerous secrets—a secret that desperate men will do anything to keep hidden.

After the murder of her twin sister, Murphy Anderson changed her name and appearance and moved to Kodiak, Alaska, to avoid the press and publicity. But when local authorities discover she’s an artist and requests her help in drawing a dying man’s memories, she unintentionally ends up in the limelight again—and back in the killer’s crosshairs.

The deathbed confessions of an Alaskan hunter have Murphy drawing the five bodies he discovered on remote Ruuwaq Island ten years ago. But what investigators find has them mystified. Evidence suggests that the bodies were deliberately destroyed, and what they uncover in an abandoned Quonset hut from World War II only brings more questions.

As one by one the investigators who were at the hut die, Murphy knows there is something much darker at stake. What happened on this island during the war? And who is willing to kill to keep its secrets buried?

Carrie Stuart ParksFictionFormula of DeceptionNovelThomas Nelson
Gospel eBooks is a participant in the Amazon Services LLC Associates Program, an affiliate advertising program designed to provide a means for sites to earn advertising fees by advertising and linking to amazon.com. View our Privacy Policy.