The Fall of Lucifer (Chronicles of Brothers, Time Before Time Book 1)

The Fall of Lucifer (Chronicles of Brothers, Time Before Time Book 1)
https://gospelebooks.net/removed/fall-lucifer-chronicles-brothers-time-time-book-1.html 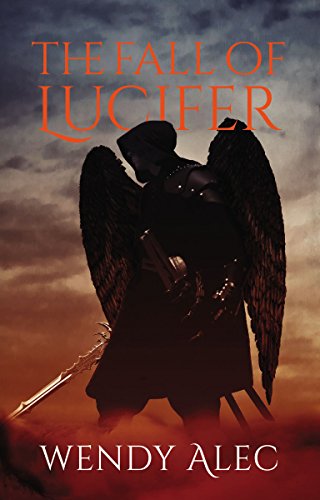 Three brothers – Gabriel, Michael, and Lucifer. Royalty. Archangels. United in devotion to their father and all his works.

But when Lucifer learns of their father’s latest creation – a new race, fashioned from crude matter and yet made in his image – he is consumed with resentment. Why have he and his angelic kind been overlooked?

After a bitter confrontation, Lucifer is cast out, doomed to an eternity of exile and punishment.

Unrepentant, he vows he won’t suffer alone. Mankind has made a powerful enemy – one determined to lure it into darkness and torment any way he can…

“There could be no bigger canvas for film-making.” – Mark Ordesky (Executive Producer – Lord of the Rings);

“Alec not only re-frames pre-history; she also imaginatively illustrates how the realm of spirit impacts the contemporary material world.” Ileen Maisel (Executive Producer for the Golden Compass)

“This is the best work of fiction I have read since the last installment of Dean Koontz’ Frankenstein series” Jim McDonald – 1340Mag – Online Entertainment Magazine.

ArchangelLuciferNon FictionThe Fall of LuciferWendy AlecZondervan
Gospel eBooks is a participant in the Amazon Services LLC Associates Program, an affiliate advertising program designed to provide a means for sites to earn advertising fees by advertising and linking to amazon.com. View our Privacy Policy.