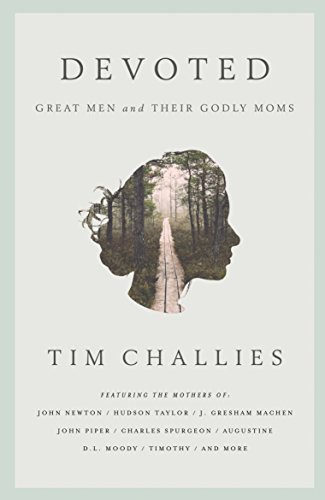 Women shaped the men who changed the world.

History tells of women whose love for the Bible shaped its earliest and most prominent teachers. It tells of women who were great theologians in their own right, yet whose only students were their own children. It tells, time and time again, of Christian men who owe so much to their godly mothers.

Raising children to honor and glorify the Lord is the goal of every Christian mother, but how can you do that? Who can teach you? One of the best ways to learn is to read examples of women who have succeeded at the very task you are attempting.

Come take a brief look at some of them. We will look to the church’s earliest days to find a man who owed his salvation to the careful biblical instruction he received on the lap of his mother. We will zoom forward a few centuries to a woman whose constant prayers were at last rewarded when her son came to faith and went on to become one of history’s most influential theologians. We will advance to recent centuries to see how the prayers, teaching, and examples of godly mothers have shaped evangelists, preachers, and stalwart defenders of the faith. We will learn together of Christian men and their godly moms, mothers who were used to shape the men who changed the world.

Cruciform PressDevotedGreat Men and Their Godly MomsTim Challies
Gospel eBooks is a participant in the Amazon Services LLC Associates Program, an affiliate advertising program designed to provide a means for sites to earn advertising fees by advertising and linking to amazon.com. View our Privacy Policy.