The Circle Series 4-in-1

The Circle Series 4-in-1
https://gospelebooks.net/removed/circle-series-4-1.html 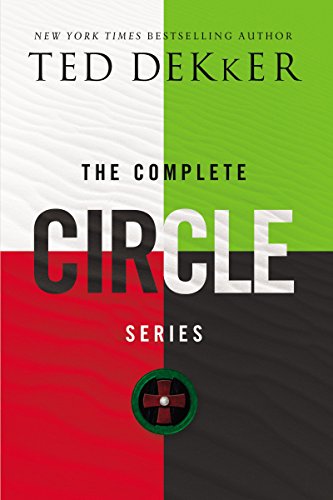 Ted Dekker’s bestselling and most beloved series—together in one volume. It’s an epic tale of evil and rescue, betrayal and love, and a terrorist threat unlike anything the human race has ever known.

It’s the story of a man named Thomas Hunter, an unlikely hero who finds himself pulled between two worlds. In our reality, he works in a coffeehouse. In the other, he becomes a battle-scarred general leading a band of followers known as the Circle. Every time he falls asleep in one reality, he wakes in the other. The fate of both worlds now rests on his ability to shift realities through his dreams—and somehow, find a way to change history.

Praise for the Circle series:

“As a producer of movies filled with incredible worlds and heroic characters, I have high standards for the fiction I read. Ted Dekker’s novels deliver big with mind-blowing, plot-twisting page-turners. Fair warning—this trilogy will draw you in at a breakneck pace and never let up. Cancel all plans before you start because you won’t be able to stop once you enter Black.” —RALPH WINTER, Producer—X-Men, X2: X-Men United, Planet of the Apes, Executive Producer—StarTrek V: Final Frontier

“Black has to be the read of the year! A powerful, thought-provoking, edge-of-your-seat thriller of epic proportions that offers great depth and insight into the forces around us.” —JOE GOODMAN, film producer, Namesake Entertainment

Ted DekkerThe Circle Series 4-in-1Thomas Nelson
Gospel eBooks is a participant in the Amazon Services LLC Associates Program, an affiliate advertising program designed to provide a means for sites to earn advertising fees by advertising and linking to amazon.com. View our Privacy Policy.