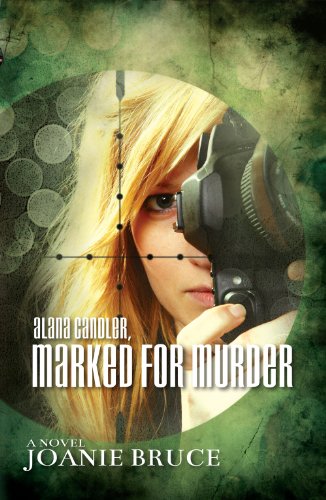 Alana Candler is on someone’s hit list. But why?

A stalker is breathing down her neck at every turn, hiding in the shadows, waiting for her to make a mistake— to freeze long enough for him to make his hit. When the stalker kidnaps her from a hotel and leaves her to die, Jaydn Holbrook, CEO, and owner of the largest company in Tennessee, saves her life and promises to protect her.

But is he enough?

Jaydn’s high school friendship with Brad, Alana’s brother and the City’s Police Chief gives him the incentive to protect Alana and shelter her from the growing danger. Alana’s trust in God’s protection intrigues him and compels him to explore her faith further, but when she mentions her aversion to rich, executive-type bosses, Jaydn keeps his position at his company secret—trying not to destroy their fragile bond.

As tensions build, Jaydn and Alana are caught up in a dangerous web of hiding from the pursuer trying to kill them and fighting the attraction they feel for each other.

Alana Candler Marked for MurderAmbassador InternationalFictionJoanie Bruce
Gospel eBooks is a participant in the Amazon Services LLC Associates Program, an affiliate advertising program designed to provide a means for sites to earn advertising fees by advertising and linking to amazon.com. View our Privacy Policy.