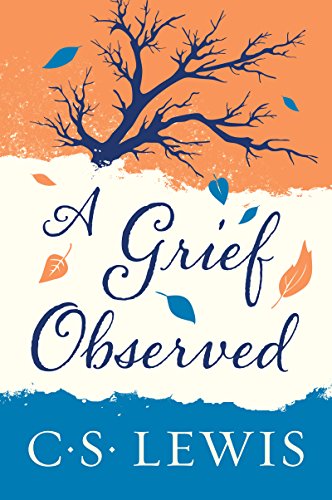 “No one ever told me that grief felt so like fear.” – C.S. Lewis

A Grief Observed is Lewis’ brutally honest reflection on the death of his wife, Joy Gresham, which exposes readers to the fact that man is vulnerable and fragile when attempting to understand the goodness of God in the midst of extreme pain.

Lewis’ four-part reflection brings readers face to face with the cruel reality of the damage that sin has done to our world. His writing demonstrates utter despair as a result of acknowledging that death is a natural and unavoidable destiny for all. He writes expressing the sentiment that his wife was so beautiful and beloved that her death, though natural, was undeserved. Lewis compares the feeling of grief to fear stating that it gives him the same restlessness, yawning and fluttering of the stomach. It is not hard for the reader to recognize that Lewis feels that damage has been done to his world.

While Lewis paints a vivid picture of why he loved his wife Joy, throughout his reflection she remains a faint figure in the background while the author focuses on grief itself. A Grief Observed leaves readers with a real sense of the frailty of the human experience.

A Grief ObservedC.S. LewisHarperOne
Gospel eBooks is a participant in the Amazon Services LLC Associates Program, an affiliate advertising program designed to provide a means for sites to earn advertising fees by advertising and linking to amazon.com. View our Privacy Policy.