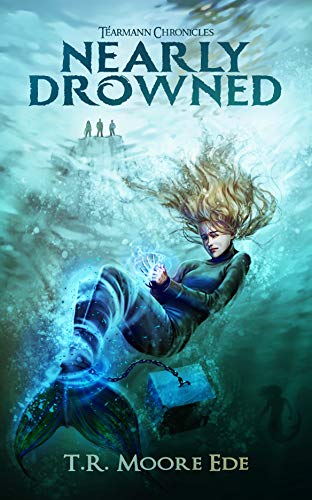 Malissa has never known her true origins, but that’s about to change.

Malissa’s world is flipped upside down when rescuing a man from a pool that should have been empty makes her a target of those who tried to drown him. The closer they get the more she realizes that they might have been after her for foiling their plans, but not anymore. They seem to recognize her but from where?

Adopted as an infant, Malissa was left with no information about her parents or so she thought. After rummaging through some old papers she finds a note from her biological dad. On it, it says that he left her there for her safety. Unfortunately, no clues as to what sort of danger but surely the danger is gone, right?

Tèarmann Chronicles, Nearly Drowned, is the first in a 20+ book series. If you enjoy magical creatures and humans with powers, this series is for you.

Swim up and buy Nearly Drowned or read it for FREE on Kindle Unlimited to find out what happens to Malissa!