The Case for a Creator: A Journalist Investigates Scientific Evidence That Points Toward God 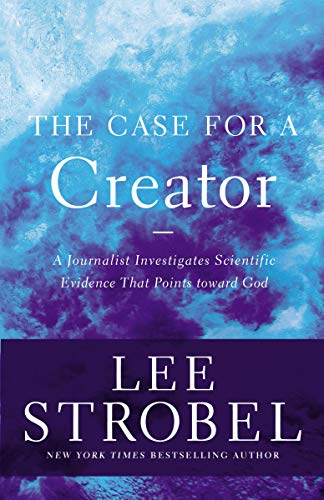 “My road to atheism was paved by science . . . but, ironically, so was my later journey to God,” Strobel says.

During his academic years, Lee Strobel became convinced that God was obsolete, a belief that colored his journalism career. Science had made the idea of a Creator irrelevant–or so Strobel thought.

But today science points in a different direction. A diverse and impressive body of research has increasingly supported the conclusion that the universe was intelligently designed. At the same time, Darwinism has faltered in the face of concrete facts and hard reason. Has science discovered God? At the very least, it’s giving faith an immense boost, as new findings emerge about the incredible complexity of our universe.

END_OF_DOCUMENT_TOKEN_TO_BE_REPLACED

The Case for a Creator: A Journalist Investigates Scientific Evidence That Points Toward God
https://gospelebooks.net/removed/case-creator-journalist-investigates-scientific-evidence-points-toward-god050522.html

Habits of the Household: Practicing the Story of God in Everyday Family Rhythms 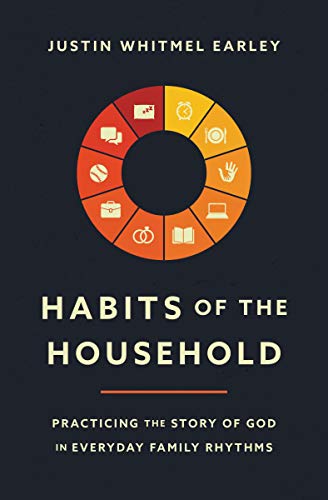 Discover simple habits and easy-to-implement daily rhythms that will help you find meaning beyond the chaos of family life as you create a home where kids and parents alike practice how to love God and each other.

You long for tender moments with your children–but do you ever find yourself too busy to stop, make eye contact, and say something you really mean? Daily habits are powerful ways to shape the heart–but do you find yourself giving in to screen time just to get through the day? You want to parent with purpose–but do you know how to start?

Award-winning author and father of four Justin Whitmel Earley understands the tension between how you long to parent and what your daily life actually looks like. In Habits of the Household, Earley gives you the tools you need to create structure–from mealtimes to bedtimes–that free you to parent toddlers, kids, and teens with purpose. Learn how to:

END_OF_DOCUMENT_TOKEN_TO_BE_REPLACED

Habits of the Household: Practicing the Story of God in Everyday Family Rhythms
https://gospelebooks.net/removed/habits-household-practicing-story-god-everyday-family-rhythms.html 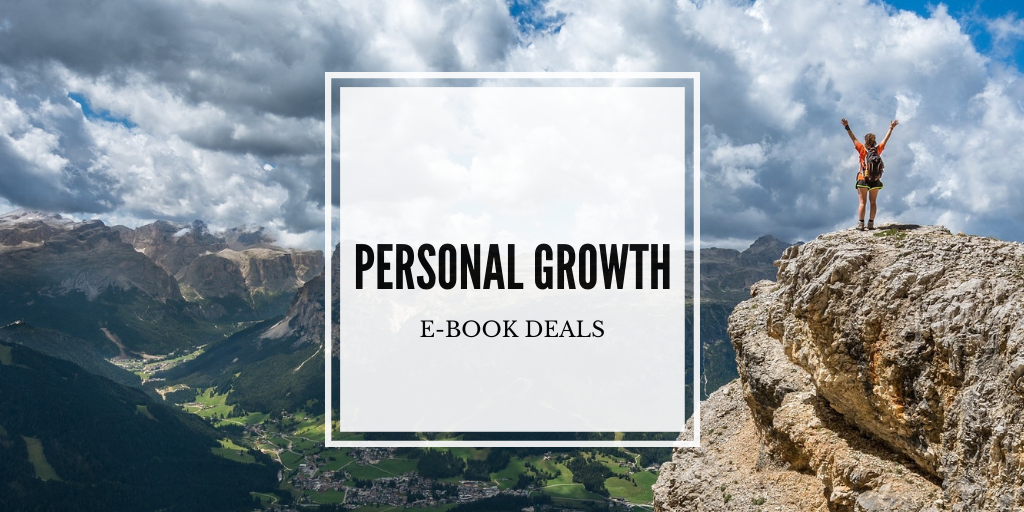 In this grab bag, we have 6 e-books on personal growth. The prices and sale dates that they have provided are under each e-book cover. 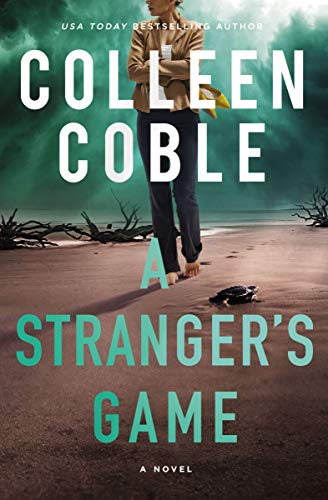 This gripping new novel from USA TODAY bestselling romantic suspense author Colleen Coble will leave you on the edge of your seat until the very last page.

Even though Torie Bergstrom hasn’t been back to Georgia since she was ten, she’s happy to arrange a job for her best friend at one of the family properties on Jekyll Island.

But when Torie learns that her best friend has drowned, she knows it is more than a tragic accident: Lisbeth was terrified of water and wouldn’t have gone swimming by choice.

END_OF_DOCUMENT_TOKEN_TO_BE_REPLACED 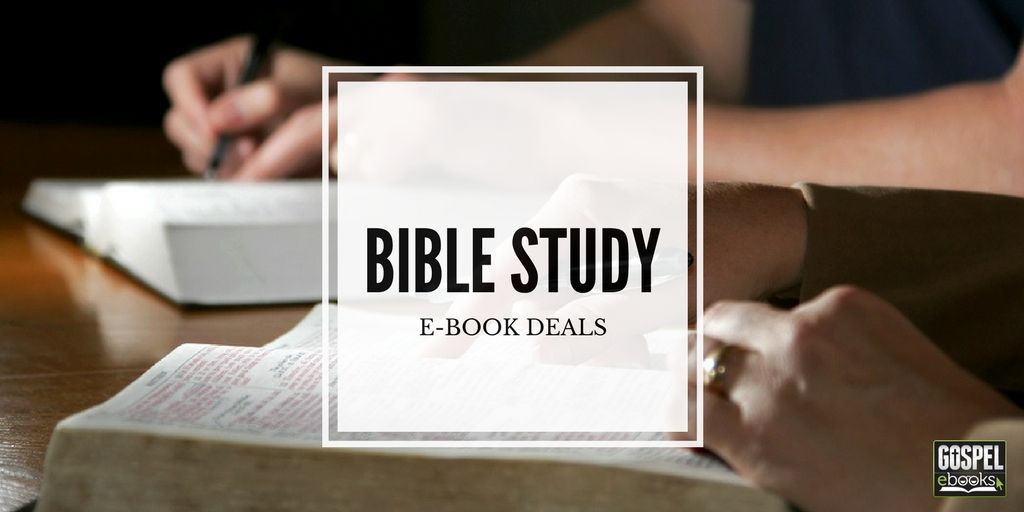 In this grab bag, we have 9 e-books on Biblical studies. The prices and sale dates that they have provided are under each book cover.

Something Worth Doing: A Novel of an Early Suffragist 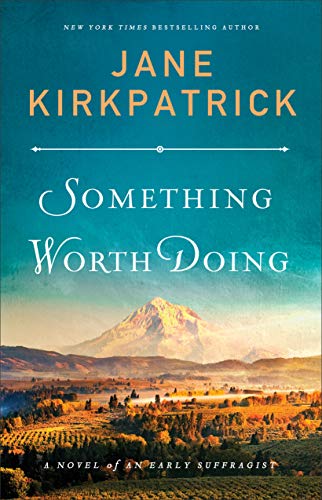 In 1853, Abigail Scott was a 19-year-old school teacher in Oregon Territory when she married Ben Duniway. Marriage meant giving up on teaching, but Abigail always believed she was meant to be more than a good wife and mother. When financial mistakes and an injury force Ben to stop working, Abigail becomes the primary breadwinner for her growing family. What she sees as a working woman appalls her, and she devotes her life to fighting for the rights of women, including their right to vote.

Following Abigail as she bears six children, runs a millinery and a private school, helps on the farm, writes novels, gives speeches, and eventually runs a newspaper supporting women’s suffrage, Something Worth Doing explores issues that will resonate strongly with modern women: the pull between career and family, finding one’s place in the public sphere, and dealing with frustrations and prejudices women encounter when they compete in male-dominated spaces. Based on a true story of a pioneer for women’s rights from award-winning author Jane Kirkpatrick will inspire you to believe that some things are worth doing–even when the cost is great.

Something Worth Doing: A Novel of an Early Suffragist
https://gospelebooks.net/christian-ebook-deals/something-worth-novel-early-suffragist.html

Kregel: Reimagining Your Love Story: Biblical and Psychological Practices for Healthy Relationship by Andrea Gurney vs. Tailor-Made Marriage: When Your Lives Aren’t One Size Fits All by Marita Littauer & Chuck Noon

New Leaf: Six Days: The Age of the Earth and the Decline of the Church by Ken Ham vs. The Lie: Evolution (Revised & Expanded) Special 25th Anniversary Edition by Ken Ham

Good Book Company: Luke 12-24 For You: For reading, for feeding, for leading (God’s Word For You Book 14) by Mike McKinley vs. Acts 13-28 For You: Mapping the Explosive Multiplying of the Church by R. Albert Mohler

Crossway: Unpacking Forgiveness: Biblical Answers for Complex Questions and Deep Wounds by Chris Brauns vs. The Heart of Anger: How the Bible Transforms Anger in Our Understanding and Experience by Christopher Ash & Steve Midgley

Christian Focus: Salvation by Crucifixion by Philip G. Ryken vs. From Glory to Golgotha: Controversal Issues in the Life of Christ by Donald MacLeod

You Choose The Sale: May 5- 11
https://gospelebooks.net/uncategorized/choose-sale-may-5-11.html