1 Corinthians For You: Thrilling You With How Grace Changes Lives 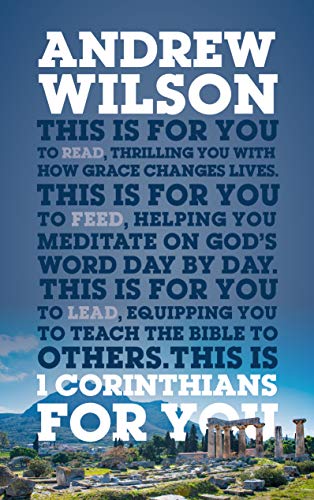 The scope of 1 Corinthians is breathtaking. Paul tackles a huge variety of subjects, and as he does so, he gives us a precious insight into what a local church is (or at least can be).

As Andrew Wilson walks through this compelling, challenging epistle, you’ll see how grace looks in every Christian and how it can shape every church—even a church as flawed as the Corinthian one.

This expository guide is less academic than a traditional commentary and includes lots of application. It can be read from cover to cover, used in personal devotions, used to lead small group studies, or used for sermon preparation.

1 Corinthians For You: Thrilling You With How Grace Changes Lives
https://gospelebooks.net/removed/1-corinthians-thrilling-grace-changes-lives12622.html

The Remarkable Record of Job 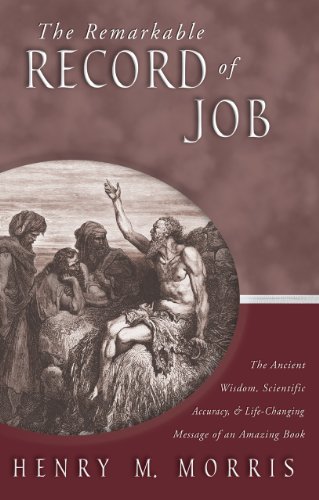 The Remarkable Book of Job is a highly recommended Bible study resource offering significant insights not found anywhere else. Dr. Henry Morris, a professional scientist, and prolific author dedicated to defending the Bible as God’s inerrant Word reveals Job’s God-centered message, which has often been bypassed by writers seeking answers to man-centered problems.

Why does God who is omnipotent (able to prevent suffering) and merciful (willing to prevent suffering) allow suffering, particularly in the lives of those who have done nothing to deserve it? According to Morris, this question is actually not answered in the Book of Job. Instead, the Book of Job persuasively communicates the power and sovereignty of the Almighty God and truly confirms his role as Creator.

Bible study leaders are using The Remarkable Record of Job to:

END_OF_DOCUMENT_TOKEN_TO_BE_REPLACED

The Remarkable Record of Job
https://gospelebooks.net/removed/remarkable-record-job012622.html 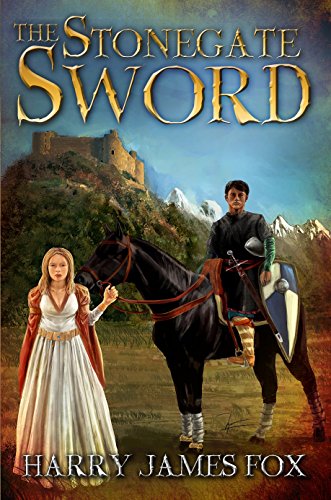 Do you love historical fiction, knights in armor and romance? How about a tale with all of these set in future North America? Escape to a passionate world of danger, love, war and redemption — the world of Stonegate.

The Old Empire is gone

But tales still tell of marvels from long ago-flying machines and devices run by the power of lightning. Now grass grows in the streets and rusted hulks are all that remain of the proud machines. A new time of troubles now threatens. The free towns of the rugged mountains and plains are in the path of conquest. The Prophet’s armies are coming, filled with hatred and armed with terrible, rediscovered weapons. Donald of Fisher, outcast and alone, is in the path of the march, searching for Rachel, who has been captured by the Raiders-minions of the Prophet. But how can he find and rescue one small captive in a wilderness teeming with enemies? And even if he succeeds, should he wield his sword beside the tiny band of defenders? Is Donald to become yet another victim, or is he, just possibly, the deliverer promised in prophecy? What can one person do in the face of a war that will shape the future of a continent?

END_OF_DOCUMENT_TOKEN_TO_BE_REPLACED 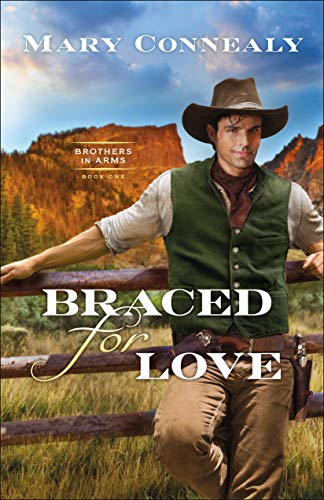 Left with little back in Missouri, Kevin Hunt takes his younger siblings on a journey to Wyoming when he receives news that he’s inheriting part of a ranch. The catch is that the ranch is also being given to a half brother he never knew existed. Turns out, Kevin’s supposedly dead father led a secret and scandalous life.

But danger seems to track Kevin along the way, and he wonders if his half brother, Wyatt, is behind the attacks. Finally arriving at the ranch, everyone is at each other’s throats and the only one willing to stand in between is Winona Hawkins, a nearby schoolmarm.

Despite being a long-time friend to Wyatt, Winona can’t help but be drawn to the earnest, kind Kevin–and that puts her in the cross hairs of somebody’s dangerous plot. Will they all be able to put aside their differences long enough to keep anyone from getting truly hurt?

In this grab bag, we have 8 purple cover e-books from Intervarsity Press. The prices and sale dates that they have provided are under each book cover.