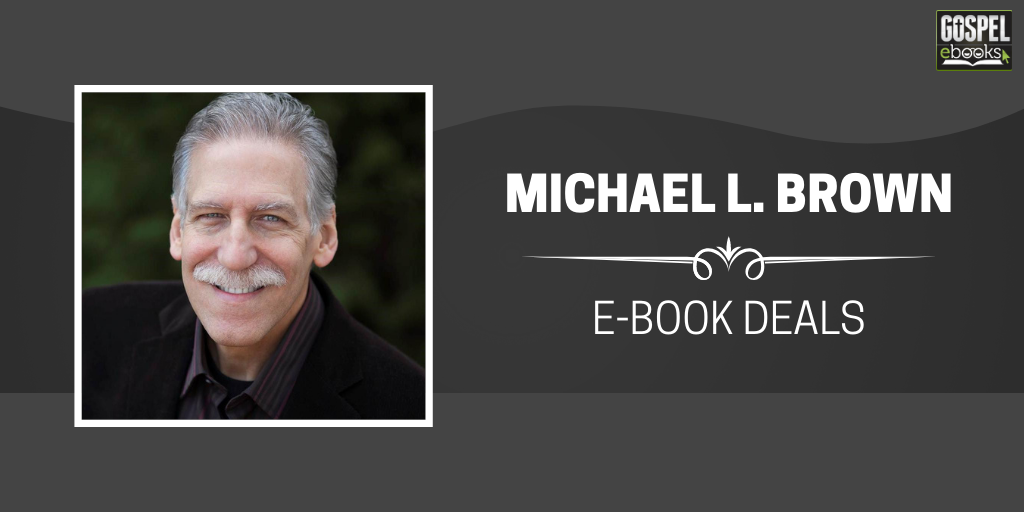 In this grab bag, we have 6 e-books from Charisma House which were written by Michael L. Brown. The prices and sale dates that they have provided are under each book cover. 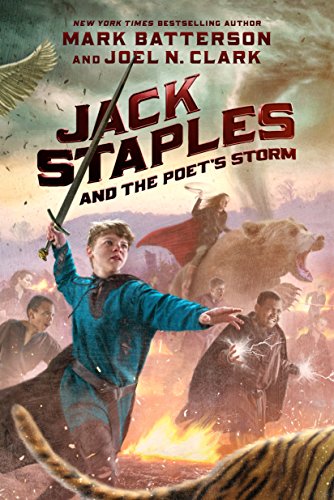 In the epic conclusion to the Jack Staples trilogy, Jack and Alexia are forced to make an impossible choice, one that will both destroy and save the world.

Our world is more fantastical than we dare imagine … filled with both unbelievable beauty and horrific evil. Just ask Jack Staples and Alexia Dreager. They’re at the epicenter of the conflict that’s been raging since time before time began. Their birth and destiny have long been prophesied—but things aren’t going as planned.

In this epic conclusion to the Jack Staples trilogy, Jack and Alexia must make an impossible choice during their final battle against the Assassin—one that could alter time itself and the fate of the world. 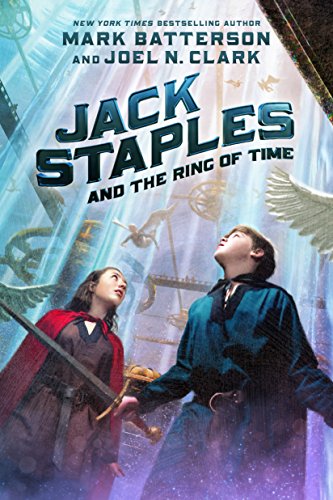 After a near-death experience, eleven-year-old Jack awakens to a world where war has been raging since time before time. Battling fantastical creatures, Jack must face his fears if he is to fulfill his destiny. But is his destiny to save the world … or destroy it?

Jack learns that most live in a shadow of the world, their vision blinded by invisible scales that have covered human eyes since the beginning of time. But the Awakened experience the world as it truly is, where war rages between good and evil—and Jack is at the heart of it. The Awakened are searching for The Child of Prophesy who will both save the world and destroy it. When Jack joins in their epic battle he must learn to trust his friends and face his fears if he is to make his life count. 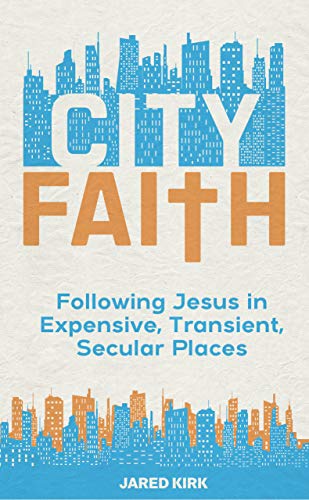 THE DISTRACTIONS AND DIVERSIONS OF THE CITY CAN BE DEADLY TO YOUR FAITH, BUT IT DOESN’T HAVE TO BE THAT WAY.
Hundreds of thousands of people move into cities every year for jobs, opportunities, and self-discovery. This book is about how to stop coasting and start growing spiritually during your urban adventure. It’s about how to leverage the small amount of time you have in your metropolitan area to advance spiritually so that you leave town deeply impacted by God, ready to bring the hope and freedom of Jesus with you wherever you go next.

Pastor Jared Kirk draws on his years of ministry experience in downtown Boston, MA to help you explore the decisions you must make for spiritual growth. Evaluating each decision through the lens of expensive, transient, secular life in the city, you will gain competence in skills such as:

END_OF_DOCUMENT_TOKEN_TO_BE_REPLACED 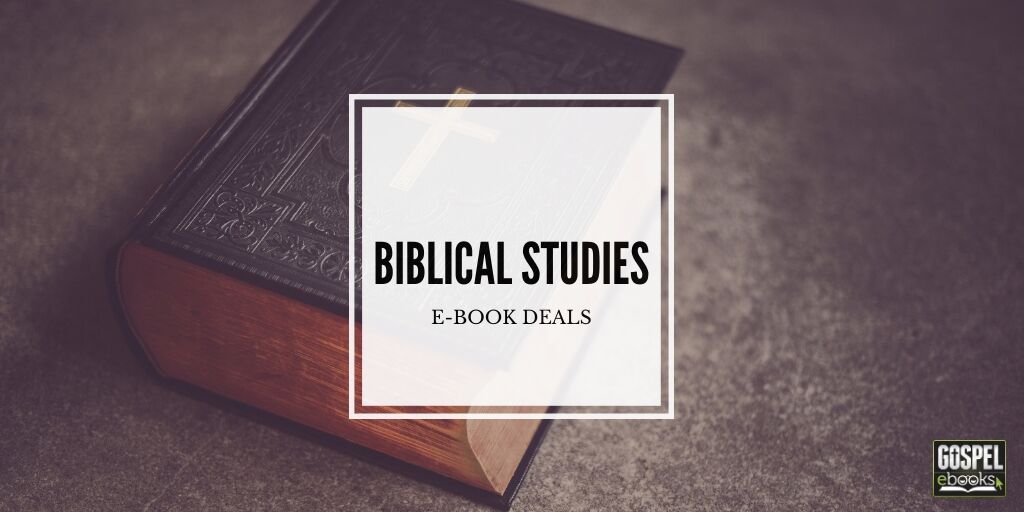 In this grab bag, we have 8 e-books from Wipf & Stock. The prices and sale dates that they have provided are under each e-book cover.

Some Kind of Crazy: An Unforgettable Story of Profound Brokenness and Breathtaking Grace 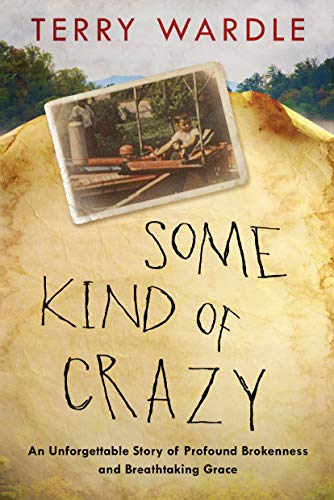 An unforgettable story, in the tradition of Hillbilly Elegy and Educated, that reveals how a careful look at a broken past can open a path to profound healing and a satisfying future.

Terry Wardle grew up in the Appalachian coalfields of southwestern Pennsylvania, part of a hardscrabble family of coal miners whose cast of characters included a hot-tempered grandfather with a predilection for blowing up houses, a distant and disapproving father, and a mother who disciplined him with harsh words and threats of hellfire.

After enduring a crazy childhood, Terry graduated to a troubled adolescence, and then on to what seemed like a successful transition into adulthood, earning multiple degrees and founding one of the country’s fastest growing churches. But all was not well.

All his life, he felt he was never enough. Plagued by a truckload of fear no matter what he accomplished, he fell down the ladder of success into the deepest ditch of his life—ending up in a psychiatric hospital. Fortunately, that’s when he discovered that Jesus has no fear of ditches.

In fact, Jesus does some of his best work with people who find themselves there. In sharing his remarkable journey, Terry offers hope that healing and wholeness are possible no matter how broken a life may be. His larger-than-life story will help you move forward along your own healing path.

Some Kind of Crazy: An Unforgettable Story of Profound Brokenness and Breathtaking Grace
https://gospelebooks.net/removed/kind-crazy-unforgettable-story-profound-brokenness-breathtaking-grace.html

She Prays: A 31-Day Journey to Confident Conversations with God 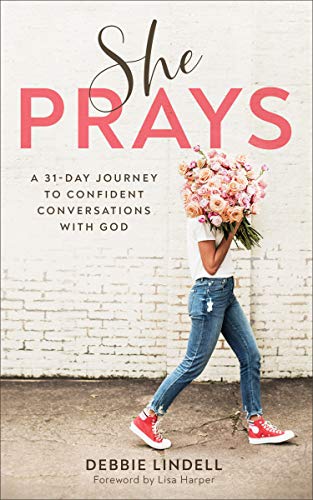 One of the most wonderful things about walking with God is that we can have an intimate and real relationship with him. He wants us to know him so well that we are comfortable talking to him about anything and everything. Yet, there are times when we feel disconnected and insecure. We desire to grow in prayer, but we don’t know where to begin, what to say, or how to listen for his voice.

In She Prays, Debbie Lindell invites you on a 31-day journey to experience a confident and conversational relationship with your heavenly Father. She shows you how to replace the pressure to perform in prayer with a faith-filled expectation–trusting that God is delighted with every conversation and every word we whisper to him. Her desire is that your soul will be transformed as your confidence in prayer grows, and that your faith will be strengthened as you see God work through your prayers in ways you never imagined possible.

She Prays: A 31-Day Journey to Confident Conversations with God
https://gospelebooks.net/removed/prays-31-day-journey-confident-conversations-god.html