Your Days are Numbered: A Closer Look at How We Spend Our Time & the Eternity Before Us 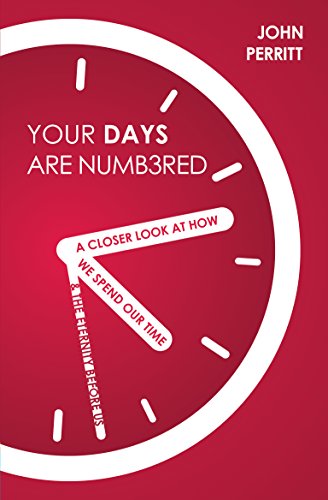 Wasting time might not seem like a big deal to some, except for the fact that our time really isn’t ours, but God’s. Not only that, but it is a limited resource. You can be the richest person in the world and you still can’t buy more time.
If we want a heart of wisdom, according to the psalmist, we must number our days. Your Days are Numbered takes a biblical look at the way in which we spend our time to cultivate this mind-set of seeing each day as a vital opportunity to live for the glory of God.

Your Days are Numbered: A Closer Look at How We Spend Our Time & the Eternity Before Us
https://gospelebooks.net/removed/days-numbered-closer-look-spend-time-eternity-us.html 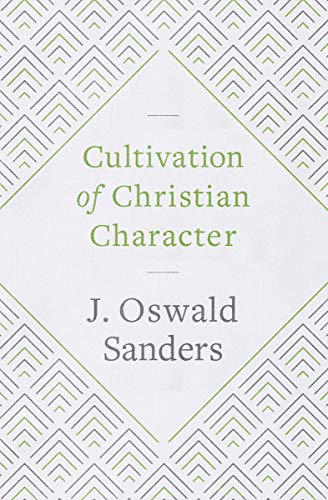 “Many true lovers of the Lord are beset with a sense of inadequacy and failure in living the Christian life as it ought to be lived. … they yearn to know Christ better and serve Him more worthily. It is to such that this little volume is addressed.”

-J. Oswald Sanders, from the introduction

J. Oswald Sanders (best known for his book Spiritual Leadership, which has sold over a million copies) touched hundreds of thousands of lives in his lifetime and continues to inspire Christians today. His books Spiritual Leadership, Spiritual Maturity, and The Incomparable Christ are beloved and well-read to this day. But there are two of his books that readers haven’t had access to in over 30 years.

Cultivation of Christian Character is one of them. It’s a profound and challenging book for anyone who earnestly wants to know God more. Sanders teaches you about spiritual struggle, the healing power of Scripture, and how to fight spiritual warfare victoriously. But most of all he shows you how to give up your self-focus and take up a Christ-focus. Any Christian who wants to grow will surely be benefited from this book.

Culture of Lies: Understanding Fake News and Its Spiritual Ramifications 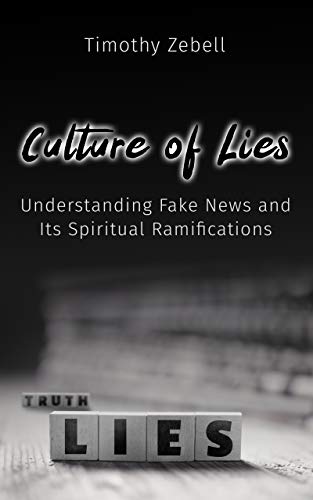 Nearly half of all Americans have a negative view of the news media. Only 44% say they can think of a news source that reports the news objectively, and 66% say news outlets do not do a good job of separating fact from opinion. Now we have a president who regularly calls mainstream news outlets “fake news.” How did we get here? What is fake news? Who is truly to blame? Is the label fair? What are the spiritual ramifications of fake news? These questions and more are addressed in Culture of Lies. 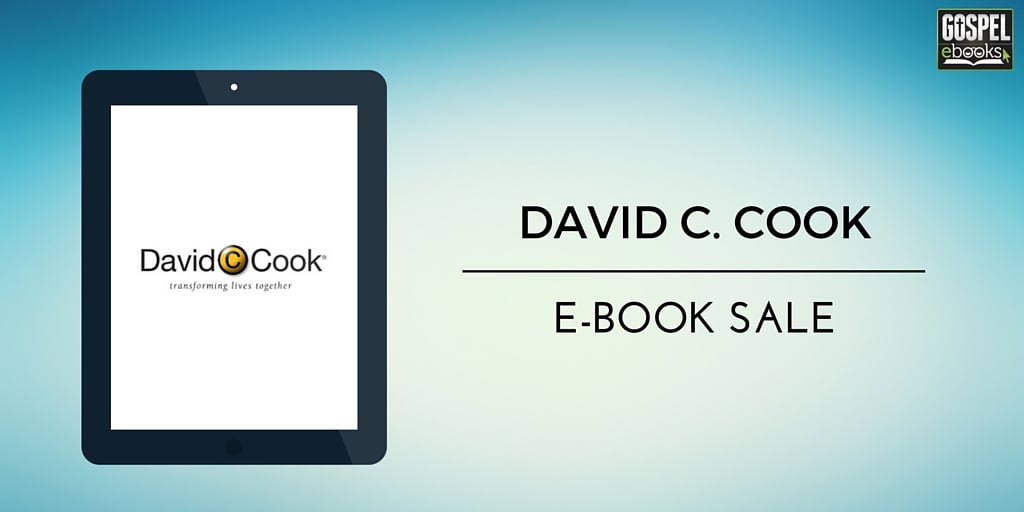 In this grab bag we have 14 e-books from David C. Cook. The prices and sale dates that the publisher has provided are under each ebook cover.

6 Below: Miracle on the Mountain 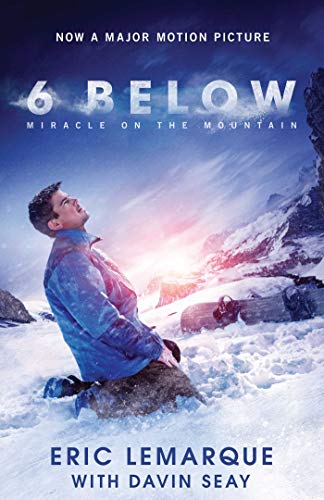 In this riveting first-person account, former Olympian and professional hockey player Eric LeMarque tells a harrowing tale of survival—of how, with only a lightweight jacket and thin wool hat, he survived eight days stranded in the frozen wilderness after a snowboarding trip gone horribly wrong.

Known by his National Guard rescuers as “the Miracle Man,” Eric recounts his rise to success and fame as a hockey player and Olympian, his long and painful fall due to crystal meth addiction, and his unbelievable ordeal in the wilderness. In the end, a man whose life had been based on athleticism would lose both his legs to frostbite and had to learn to walk—and snowboard—again with prosthetics. He realized that he couldn’t come to terms with his drug addiction or learn to walk again by himself. He had to depend on God for his strength.

Now an inspirational speaker committed to raising awareness for the dangers of drugs and crystal meth, Eric, in 6 Below, confronts the ultimate test of survival: what it takes to find your way out of darkness, and—after so many lies—to tell the truth and, by the grace and guidance of God, begin to live again.

6 Below: Miracle on the Mountain
https://gospelebooks.net/removed/6-miracle-mountain-2.html

White Picket Fences: Turning toward Love in a World Divided by Privilege 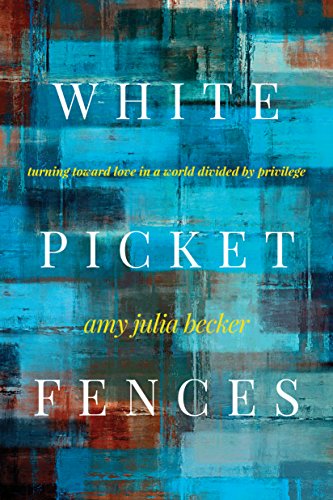 A Gentle Invitation into the Challenging Topic of Privilege
Gently addressing the challenging topics of privilege and race, power and inequality, White Picket Fences is a memoir of Amy Julia Becker’s growing awareness of the unequal benefits (and secret harm) she received by virtue of her white skin, Protestant heritage, education, and able body.

Through telling her own story, Amy Julia Becker shares her process to acknowledge and examine the injustice, oppression, and silence that has characterized American history and her own life. These forces of division, social power, and unequal opportunities are still active and relevant to the church, education system, and even the books we give our children to read today. She reflects on her upper-middle-class childhood both in the American South and later New England, her own struggles with perfectionism, and raising a child with a disability, in light of privilege.

END_OF_DOCUMENT_TOKEN_TO_BE_REPLACED

White Picket Fences: Turning toward Love in a World Divided by Privilege
https://gospelebooks.net/christian-ebook-deals/white-picket-fences-turning-toward-love-world-divided-privilege.html

A Stitch in Crime (Quilts of Love Series) 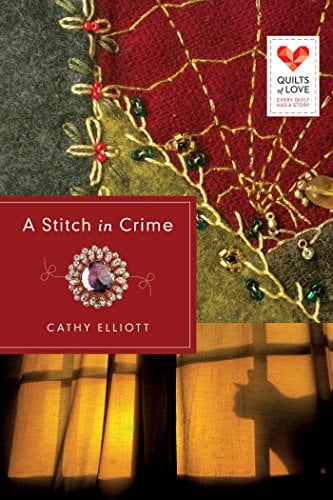 Thea James has accepted an assignment as co-chairperson for Larkindale’s first quilt show extravaganza. Juggling the new assignment with running her antique business, she’s already feeling frayed when things start to unravel. Mary-Alice Wentworth, a much-loved town matriarch, respected quilt judge, and Thea’s dear friend, is covertly conked on the head during the kick-off Quilt Show Soiree, throwing suspicion on her guests. It also appears that a valuable diamond brooch has been stolen during the attack. The family is furious. But is it because of their mugged mother or the missing diamonds? When a renowned textile expert goes MIA and the famous Wentworth heritage quilt disappears, Larkindale’s reputation as a tourist haven is at risk. Thea attempts to piece the mystery together and save the town’s investment in the quilt show before Mary-Alice is attacked again . . . with far worse results.

A Stitch in Crime (Quilts of Love Series)
https://gospelebooks.net/removed/stitch-crime-quilts-love-series.html