Beyond Awkward: When Talking About Jesus Is Outside Your Comfort Zone 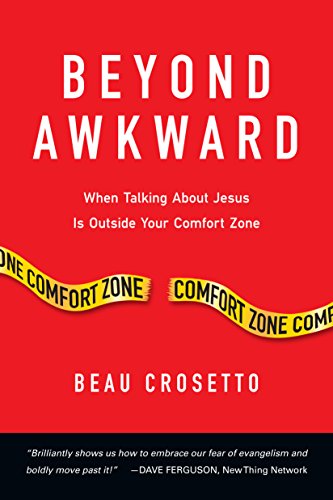 We love to share the good news with the world. We tweet about a great new restaurant, we share pictures of our newborn child and we celebrate about receiving that sought-after promotion. We are evangelists for many great things. So why don’t we do the same with Jesus?

It’s not hard to see that we bring our own anxieties and awkwardness into every evangelistic conversation. Not to mention the often vast differences between our experiences of God and religion and those of the people around us. And then there’s the inner awkwardness of our conversation partners, who are actively contending, even unconsciously, with the work of the Holy Spirit in their lives.

Evangelism is awkward, yes. But on the other side of that awkwardness is something amazing: transformed lives, healed relationships, new vision, eternal life.

After spending years working with college students and churchgoers, Beau Crosetto hasn’t solved the problem of awkwardness in evangelism. But he’s learned how to push through it and how we can set ourselves and those we love at ease as we enter into conversations of eternal consequence. Read this book and move beyond awkward into the most awesome privilege of God’s people: proclaiming the good news of Jesus Christ.

Beyond Awkward: When Talking About Jesus Is Outside Your Comfort Zone
https://gospelebooks.net/removed/beyond-awkward-talking-jesus-outside-comfort-zone.html

The Amorality of Atheism 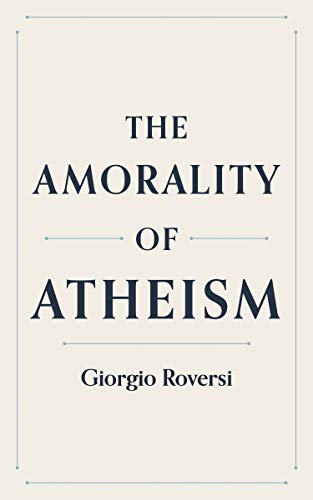 This thought-provoking essay exposes, in clear and accessible terms, the fallacies inherent in arguing for a “morality without God” and the impact that has had on contemporary Western society, and in shaping Western approaches to matters such as multiculturalism, separation of Church and State, political correctness, and culture wars.The denial of the transcendent origin of the moral values that form the basis of our civilisation, Roversi argues, does not lead to some sort of secular Utopia with its own “neutral” morality, but to the rise of religious beliefs other than Christianity, which will bring their own – often opposite – moral values.”For over two centuries now secularists have contended that society and the moral order that underpins it can work perfectly well without God and religion, and for almost as long apologists for the latter have sought to refute them. This book has been written in answer to the latest proposals for a Godless society. The author has taken the wise decision to go on the attack against the opposition rather than fall back on the defensive, aiming to prove the fallacy of each of their arguments for a Godless moral order, which he achieves quite adequately by picking apart the logic of each assertion.” Gadfly

The Amorality of Atheism
https://gospelebooks.net/removed/the-amorality-of-atheism.html 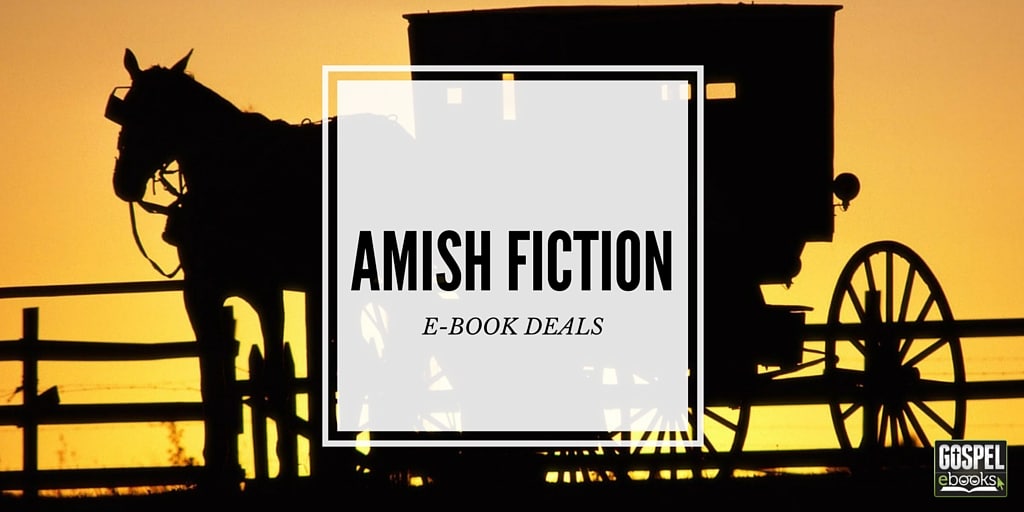 In this grab bag, we have 4 e-books from the Plain and Simple Miracles Series. The prices and sale dates that the publisher has provided are under each e-book cover.

One Holy Fire: Let the Spirit Ignite Your Soul 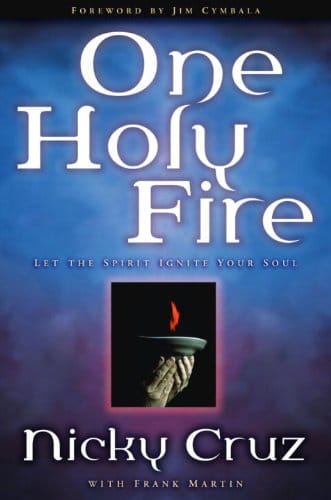 One Holy Fire is the dramatic true story of the work of God’s Spirit in one person’ s life–and how that same Spirit can revolutionize readers’ lives as well.

Nicky Cruz shares lively, never-before-published stories from his ministry that will quicken readers’ hearts and spark their souls. Stories of physical, emotional, and spiritual healing. Of masses coming to salvation in Jesus Christ. Of hand-to-hand spiritual warfare. Of the supernatural provision and presence of God’s Spirit in every area of his life and ministry.

Cruz also explores the promises in Scripture regarding the Spirit’s work on earth, addressing such questions as What does it mean to “walk in the Spirit”? How does a supernatural God do business in a natural world? Why has the body of Christ been so slow to come to grips with the Spirit’s power and presence?

In One Holy Fire, the renowned author of the phenomenal Christian classic Run Baby Run introduces readers to the Holy Spirit. He challenges them to live according to the Spirit’s moment-by-moment guidance. And he inspires them to open their heart and let the Spirit ignite their soul.

One Holy Fire: Let the Spirit Ignite Your Soul
https://gospelebooks.net/removed/one-holy-fire-let-spirit-ignite-soul.html 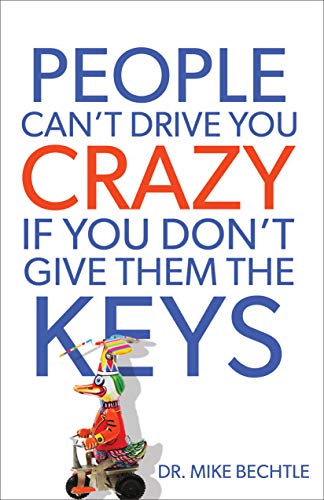 Strange as it may seem, other people, are not nearly as committed to our happiness as we are. In fact, sometimes they seem like they’re on a mission to make us miserable! There’s always that one person. The one who hijacks your emotions and makes you crazy. The one who seems to thrive on drama. If you could just “fix” that person, everything would be better. But we can’t fix other people–we can only make choices about ourselves. In this cut-to-the-chase book, communication expert Mike Bechtle shows readers that they don’t have to be victims of other people’s craziness. With commonsense wisdom and practical advice that can be implemented immediately, Bechtle gives readers a proven strategy to handle crazy people.

More than just offering a set of techniques, Bechtle offers a new perspective that will change readers’ lives as they deal with those difficult people who just won’t go away.

People Can’t Drive You Crazy If You Don’t Give Them the Keys
https://gospelebooks.net/removed/people-cant-drive-crazy-dont-give-keys-2.html 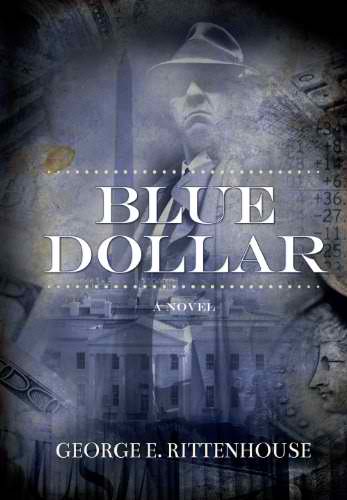 Can a mysterious plan save the global economy, or will a man lose his life because of it?

The world is on the brink of economic disaster with the United States at its center. A combination of an entitled society, economic mismanagement, and strong political forces have brought things to the edge of despair.

Everything seems lost until the American president agrees to his involvement in a master plan that’s success lies in its secrecy. Little does he know that a mysterious, satanic group called the Thirteen has devised the plan and will stop at nothing to ensure it’s a success.

Randy Grant is a simple minister who supplements his income by doing economic research. After unintentionally stumbling across the secret plan, Randy realizes the danger that he is in. The government wants him in custody. The Thirteen want him dead. Neither option appeals to Grant, but can he insure his safety?

Author George Rittenhouse combines elements of mystery and adventure in this captivating novel as he follows unlikely hero Randy Grant on a mission of life and death with the fate of the economy on his shoulders.

Blue Dollar is a chilling reminder of what could potentially happen, and is a must-read for those that love End Times suspense novels!

Kregel: Boston’s Historic Park Street Church: The Story of an Evangelical Landmark by Garth M Rosell vs. The Costly Call, Book 2: The Untold Story by Emir Fethi Caner
Crossway: Walking through Infertility: Biblical, Theological, and Moral Counsel for Those Who Are Struggling by Matthew B. Arbo  vs. God, Marriage, and Family (Second Edition): Rebuilding the Biblical Foundation by Andreas J. Kostenberger
New Leaf: The Big Argument: Does God Exist? by John Ashton & Michael Westacott  vs. On the Seventh Day by John Ashton
Intervarsity Press: Defending Your Marriage: The Reality of Spiritual Battle by Tim Muehlhoff  vs. Breaking the Marriage Idol: Reconstructing Our Cultural and Spiritual Norms by Kutter Callaway
Christian Focus: Magnificent Obsession: Why Jesus Is Great by David Robertson  vs. Rich: Reality of Encountering Jesus by Peter Dickson with David Gibson
Moody Publishers: Psalms – Everyday Bible Commentary by Robert L. Alden vs. Proverbs – Everyday Bible Commentary by Irving Lester Jensen
Reformation Heritage: Saved by Grace: The Holy Spirit’s Work in Calling and Regeneration by Herman Bavinck vs. The Holy Spirit by Geoffrey Thomas

Page 1 of 3112345...102030...»Last »
Gospel eBooks is a participant in the Amazon Services LLC Associates Program, an affiliate advertising program designed to provide a means for sites to earn advertising fees by advertising and linking to amazon.com. View our Privacy Policy.