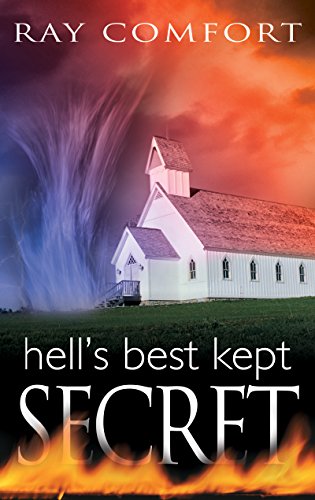 How many souls have you won to Christ? How many are still walking with the Lord? All, some, a few?
The facts are:
Evangelical success is at an all-time low.
We’re producing more backsliders than true converts.
The fall-away rate—from large crusades to local churches—is between 80 to 90 percent.
Why are so many unbelievers turning away from the message of the gospel? Doesn’t the Bible tell us how to bring sinners to true repentance? If so, where have we missed it? The answer may surprise you.
One hundred years ago, Satan buried the crucial key needed to unlock the unbeliever’s heart. Now Ray Comfort boldly breaks away from modern tradition and calls for a return to biblical evangelism.
If you’re experiencing evangelical frustration over lost souls, unrepentant sinners, and backslidden “believers,” then look no further. This radical approach could be the missing dimension needed to win our generation to Christ. In response to G. K. Chesterton’s book Heretics, H. G. Wells said, “I will begin to worry about my philosophy…when Mr. Chesterton has given us his.” And that is what Chesterton set out to do in Orthodoxy. But like any good theorist, he truly believed he could not undertake this task without first articulating what he did not agree with. After he had completed this with Heretics, he set out to articulate the philosophy that he had come to believe.
In a personal way, Chesterton uses “a set of mental pictures” to describe his journey in discovering the truth. Among his key points is the role of reason and fantasy in helping him to discover true orthodoxy. They led him to see that this was not a product of chance, but was fashioned by a divine Creator. His timeless wisdom is relevant to the struggles of many Christians today.
Chesterton was surprised to find that what he discovered about orthodoxy was not unique to him at all; rather, it had been passed down through many generations. And he admitted, after much struggle and in much humility, “I will not call it my philosophy, for I did not make it. God and humanity made it; and it made me.” 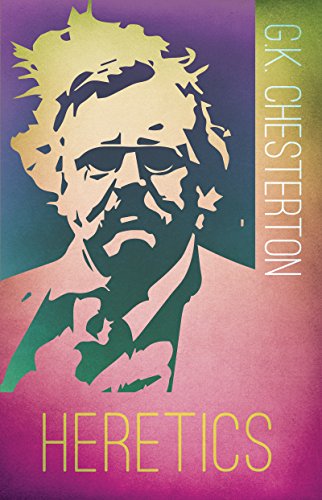 The “modern” world of G. K. Chesterton’s day was one that often celebrated the independence and courage of heretics, while decrying the rigidity of conservative orthodoxy. In this classic collection of twenty essays, Chesterton uses wit and paradox to take on the popular philosophers of his day, including Henrik Ibsen, George Bernard Shaw, H. G. Wells, Rudyard Kipling, Oscar Wilde, and Friedrich Nietzsche.
In taking on the “heretics”—modern thinkers who considered their views to be superior to “antiquated” conservative thought—Chesterton called out their tendency to focus on evils, such as segregation and slavery, without pointing men and women toward any idea of what is good. He criticized those who rebelled against traditional Christian beliefs—those who proudly defied the Word of God. With biting prose and incomparable wit, Chesterton exposes the heretics as not only wrong but also dangerous.
Originally published in 1905, Heretics remains a remarkably relevant work for today’s modern culture.

Words Of Wisdom For Daily Living If the Lord has called you by His grace, all the men on earth and all the fiends in hell cannot reverse the calling. You belong to Him! This is just one of the many truths that Charles Spurgeon presents in this thirty-one-day devotional guide. Spurgeon’s anecdotes and biblical principles will inspire your daily walk with the Lord.