Tag: Under the Tulip Tree

In this grab bag, we have 6 fiction e-books. The prices and sale dates that they have provided are under each e-Book cover.

Under the Tulip Tree 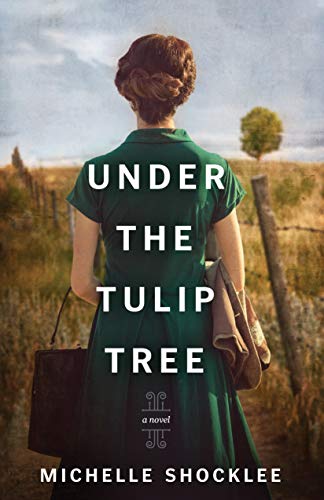 Sixteen-year-old Lorena Leland’s dreams of a rich and fulfilling life as a writer are dashed when the stock market crashes in 1929. Seven years into the Great Depression, Rena’s banker father has retreated into the bottle, her sister is married to a lazy charlatan and gambler, and Rena is an unemployed newspaper reporter. Eager for any writing job, Rena accepts a position interviewing former slaves for the Federal Writers’ Project. There, she meets Frankie Washington, a 101-year-old woman whose honest yet tragic past captivates Rena.

As Frankie recounts her life as a slave, Rena is horrified to learn of all the older woman has endured—especially because Rena’s ancestors owned slaves. While Frankie’s story challenges Rena’s preconceptions about slavery, it also connects the two women whose lives are otherwise separated by age, race, and circumstances. But will this bond of respect, admiration, and friendship be broken by a revelation neither woman sees coming?

Under the Tulip Tree
https://gospelebooks.net/removed/under-the-tulip-tree.html