Doubting Thomas?: The Religious Life and Legacy of Thomas Jefferson 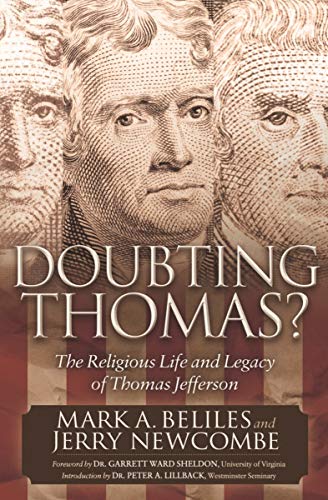 A religious historian argues that historical revisionism has distorted the religious views of Thomas Jefferson, making him appear far more skeptical than he was.

Thomas Jefferson and the founding fathers intended a strict separation of church and state, right? He would have been very upset to find out about a child praying in a public school or a government building used for religious purposes, correct? Actually, the history on this has been very distorted. The standard accepted story on the faith of Thomas Jefferson (or the lack thereof) is not accurate. While he did harbor some doubts about orthodox Christianity by the end of his life, he was actually quite active in supporting the church in America. Meanwhile, in his name today, because of a misunderstanding about “the separation of church and state” (a phrase that comes from an obscure letter he wrote), religious expression is being curtailed all over the place in modern America. And he would absolutely object to that, as seen in his own actions and writings. While Jefferson may seem to be the patron saint of the ACLU, his words and actions showed that he would totally disagree with the idea of driving God out of the public square. Doubting Thomas documents that. In short, it’s time to set the record straight.