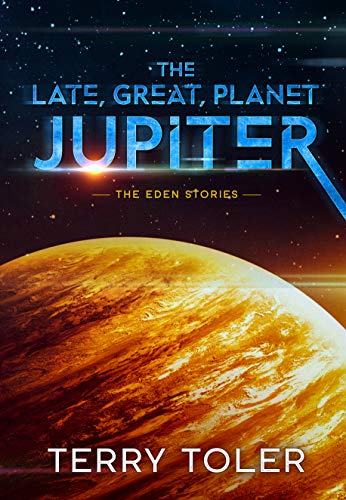 “Left Behind comes to Jupiter.”

Danni Howell, a sixteen-year-old daughter of a pastor, is the only one in her family left behind. So is Mrs. Pinkerton, a prominent member of the church. Several others show up at the church the next Sunday morning looking for answers.

A couple’s baby was taken from his crib. Another’s husband never came home from work. All were feeling tremendous loss and shame not knowing that God had not given up on them.

What follows is a gut wrenching and poignant saga of survival as they must overcome the Tribulation and the New World Order to see their loved ones again at the end of seven years. From that small group arises the Two Witnesses, who bring revival and hope to a lost and dying world ravaged by famine, plagues, and the Antichrist who is now unleashed on the planet.

“This is a realistic depiction of what it might be like for those left behind. Heaven forbid!”

“Gave me a lot to think about.”

“The Eden Stories is the best speculative fiction series since Left Behind.”