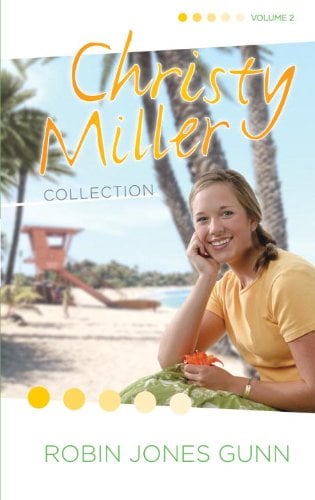 Bestselling author Robin Jones Gunn packs each one with enough action, romance, and drama to keep you reading and wanting more. It all starts the summer Christy vacations on a California beach and meets two friends who change her life forever. But after moving across the country with her family, Christy must begin her sophomore year of high school uncertain where she’ll fit in. A red-headed new best friend, a try at cheerleading, a job at a pet store, and expectations for the prom fill Christy’s high school years with a string of laughter-and-tears moments. Fireball Katie keeps everyone guessing what she’ll do next, and surfer Todd keeps showing up while popular Rick has determined to get her full attention! As these memorable years unfold, Christy and her God-loving friends find out what it means to be a “peculiar treasure.” Follow Christy Miller as she stays true to her identity in Christ, drawing closer to God for help in realizing her dreams and dealing with her disappointments.

Christy Is a Forever Friend

Cheerleading tryouts are coming up, and Christy Miller is giving it all she’s got. The competition is tough and some of the girls are just rude, but Christy thinks she has a good chance to make the squad. Meanwhile, prom is just around the corner, and Christy hopes her parents will make an exception to their “no dating until sixteen” rule. She’d love to go with Todd to his prom! But nothing turns out as Christy had planned. As the surprises keep coming, can Christy respond with grace…and maybe even spring a surprise of her own?

Christy Miller is spending her sixteenth birthday on Maui with her family, Todd, and Paula, her best friend from Wisconsin! What could be better? But Christy soon finds that she and Paula don’t have as much in common anymore. Paula’s obsessed with having a boyfriend…even if it means stealing Todd from Christy! Will he choose Paula over her? Or will the islands send Christy dreaming in new directions?

A Heart Full of Hope

Christy Miller is sixteen, and that means she can finally date! Rick has waited months for this, and he has a whole list of dates planned. He’s not happy about her early curfews and weekend job, but Christy knows her parents aren’t about to negotiate on those points. Really, she’s dazzled to be pursued by such a thoughtful guy. So why does she feel overwhelmed? Where does Todd fit into her life now? And can any guy really fulfill all her hopes?

“The Christy Miller series began when a group of thirteen-year-old girls challenged me to write a novel. I’d been questioning the content of their favorite books when they said, ‘Why don’t you write a book for us?’ I told them no, I only wrote picture books. But they persisted: ‘How hard could it be? We’ll even tell you what to write! We want a love story with teenagers at the beach.’ It took two years to write the first book with lots of input from those teen girls. Once Summer Promise was published the stories about Christy didn’t stop. There are now over 40 books about Christy and Todd and their Forever Friends. I’m so glad those teen readers were relentless and pushed me into this adventure.”

From the Hardcover edition. 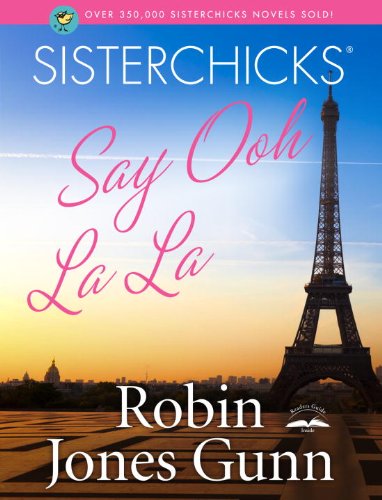 All giggles and wiggles, Lisa and Amy sealed their friendship under the pink ruffles of a canopy bed, promising to be friends forever. They remained inseparable until an argument over Lisa’s prom date divides them. In a plan that could only be devised by their heavenly Father, Amy and Lisa end up in the same hospital emergency room years later. With their promise to always be there for each other unexpectedly fulfilled, the two friends grow close again. Amy reminds Lisa of one of their childhood promises yet to be realized—their plan to rendezvous in Paris. Amy and Lisa find a way to make good on their Parisian promise from thirty years ago and pack their bags for the adventure of a lifetime. From becoming unexpected counselors for a rocky marriage to scaling the Eiffel Tower to winking at Mona Lisa in the Louvre, these two Sisterchicks find the treasures of Europe can’t compare with the gems of a friendship renewed for eternity!

“Each of the Sisterchicks books portrays the reality of how a close friendship between two women can draw them closer to God, and reveal the clear direction for their futures. In Sisterchicks Say Ooh-La-La!, readers discover the value of rekindling an old friendship and replacing old, incorrect assumptions with the new truth. I hope readers will take away a sense of God’s immense plan for His children and His unending grace in every season of life.”

In this grab bag we have 45 non-fiction e-books from Zondervan. The prices and sale dates that the publisher has provided are under each ebook cover. 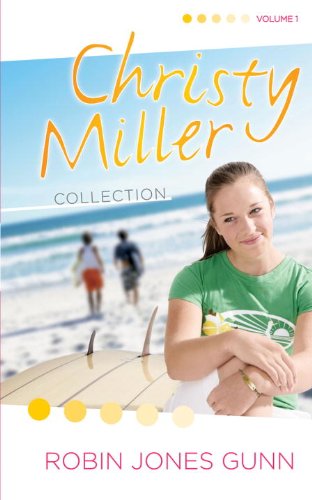 Bestselling author Robin Jones Gunn packs all 4 Volumes of the Christy Miller Series with enough romance, drama and heartwarming moments to keep you reading the entire series and wanting more.
It all starts the summer Christy turns 15. She leaves Wisconsin and spends her vacation with her wealthy aunt and uncle in Newport Beach, California. That’s where she meets Todd, the surfer with the screaming silver-blue eyes who changes her life forever.
Find out what happens when Christy’s parents make an announcement that puts Christy in a new high school at the start of her sophomore year.
A red-headed new best friend, a try at cheerleading, a job at a pet store, and expectations for the prom fill Christy’s high school years with a string of laughter-and-tears moments.
Fireball Katie keeps everyone guessing what she’ll do next. Todd keeps showing up and saying just the right thing while popular Rick is determined to convince Christy she should go out with him.
As these memorable years unfold, Christy and her”peculiar treasure” friends draw close to each other in the good times and the bad. Love grows and hearts are knit together for eternity.

In this grab bag, we have 26 fiction e-books from Faithwords. The prices that the publisher has provided are under each e-book cover. SISTERCHICK n.: a friend who shares the deepest wonders of your heart, loves you like a sister, and provides a reality check when you’re being a brat.

When Jenna is invited to Venice for a week of cooking for a small retreat group, she knows just who to take along: her sister-in-law Sue. With her Dallas drawl and wild tangle of red hair, Sue desperately needs her own retreat from the pressures of the past two years…and blessedly for their guests, Sue actually knows how to cook (unlike Jenna)!

With about six words of Italian between them, a map, and a keen appetite for gelato, they puzzle out the lovely city together. During their stay, Jenna and Sue become victims of grace in ways they never expected—starting with their accommodations: a restored fifteenth-century palace on a quiet canal complete with a stairwell perfect for mattress sledding!

Coming out of a time of dark shadows in their lives, these two friends dive into a new season of refreshing and realize that sometimes when serving God, the most important thing to do is just show up…and watch for goodness and mercy to follow close behind. Come join Jenna and Sue over boiling pots of pasta in this lilting gondola-paced adventure! SISTERCHICK® n: a friend who shares the deepest wonders of your heart, loves you like a sister, and provides a reality check when you’re being a brat.

Two midlife mamas hop over to jolly ole England and encounter so much more than the usual tourist stops. Liz does have a bit of a childhood crush on Big Ben, and she has hoped to “meet” him ever since her fifteenth birthday. Kellie dreams of starting an interior design business and figures Liz needs to be a part of that equation–a calculation that hasn’t added up for Liz yet.

Nothing on the excursion goes the way these two friends had envisioned. They start with a village pancake race and end up being held for questioning on The Underground. Kellie and Liz take a wild tour through the land of C. S. Lewis and J. R. R. Tolkien and then find themselves swept up, up, and away in a hot air balloon over the Cotswalds. London beckons with the Tower of London, Windsor Castle, shopping at Portabella Road in Knotting Hill, and of course, reservations at the Ritz for a posh high tea.

A few detours along the way and the possibility of being lost in a London fog of wonderment aren’t enough to stop these two Sisterchicks! Each step of their regal journey is lined with evidence of God’s gracious compassion, and both come to realize that God knows their every wish. He is the One who planted every dream in their hearts.

And, oh, what a surprise awaits them when they return home!