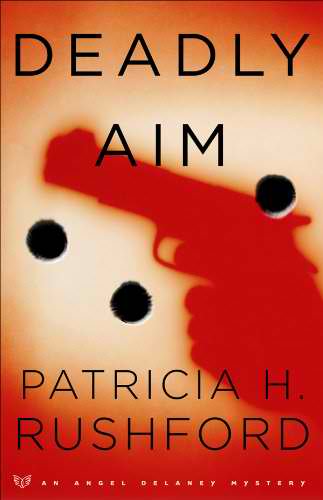 Patricia Rushford kicks off a thrilling new crime series set in the cozy coastal hamlet of Sunset Cove, Oregon. Featuring determined police officer Angel Delaney, the first episode is sure to have armchair sleuths turning the pages as fast as they can to discover whodunit?

When a police shootout results in the death of a 12-year-old boy, Officer Angel Delaney is blamed, convicted, and condemned by the media and the Sunset Cove community before the case even goes to trial.
Angel will have her day in court, but before she has the chance to defend herself, the situation spirals out of control. Key evidence is missing, evidence that could have verified her claim of firing only one shot in self-defense. In short order, the body count rises, and suddenly Angel is a suspect in more than one murder investigation. Heartsick about the young boy’s death, and questioning her judgment as a police officer, Angel joins forces with Detective Callen Riley to fight the mounting charges against her.

In this grab bag we have 17 e-books from Thomas Nelson. The prices that our source has provided are under each book cover.