The premise of this book is that aliens are evil spirits, the fallen angels of the Devil. God created animals, man, and angels, but no little green men from Mars. But both the angels of God (elect angels) and the angels of the Devil (devils), with their superior abilities, if they had not been named angels and evil spirits in the Bible, would be thought of as “aliens.” And there are reasons why people living in the future tribulation will believe angels are aliens, a deception that would work to the Devil’s advantage.
Ancient writers from different countries wrote about beings visiting them from the skies, who were superhuman. Some were called “gods,” “watchers,” or “angels.” I do, however, believe that angels in the Bible are exactly what the Bible says they are—not that the word angel is a code word for alien or that the prophets of the Bible lacked the vocabulary to describe aliens. Again, I am saying that if God had not given us their name, angel, then people would naturally think they were “ancient aliens.”
This book is written with complete reliance on the Bible, and the outline for my story will come from the book of Revelation.

Resilient: How 2 Timothy teaches us to bounce back in Christian Leadership 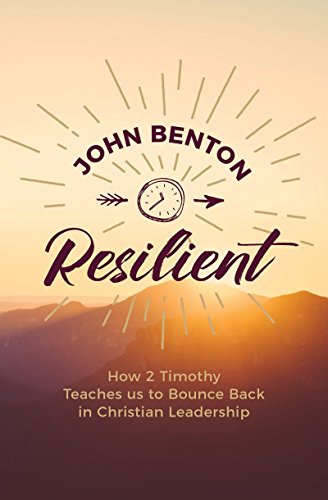 Being a Christian leader is a huge privilege. It is also a huge challenge. Paul, a man who knew how tough it could be, wrote a letter to his young friend who was at a crossroads in the ministry, to encourage resilience in the spiritual battle. John Benton looks at what 2 Timothy has to say about finding strength, recovering from discouragement and keep going as a Christian leader.

Resilient: How 2 Timothy teaches us to bounce back in Christian Leadership
https://gospelebooks.net/removed/resilient-2-timothy-teaches-us-bounce-back-christian-leadership.html

More Than Just Making It: Hope for the Heart of the Financially Frustrated 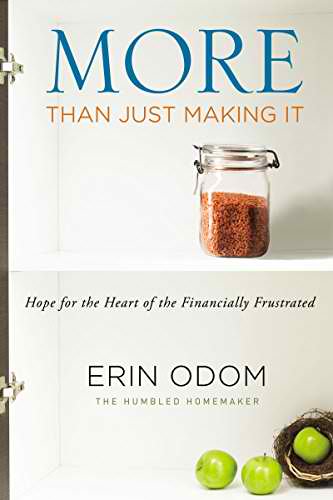 More Than Just Making It is your invitation to reimagine what a good life can be. Join Erin Odom, a mom thrown into a low-income living, to learn how to overcome your circumstances, find creative ways to earn and save, and reset your heart and budget according to God’s designs.

When you’re trapped in a cycle of financial frustration, and you feel like you’ve tried everything only to end up with more month than money yet again, More Than Just Making It is your promise and pathway to thriving again.

Take it from someone who’s been there. Erin Odom grew up in the private schools and neatly manicured lawns of Upper Middle-Class America but was thrown into low-income living during the economic crash. She was a stay-at-home-mom, her husband was supporting the family on a teacher’s salary, and even though they had no debt to their name, they were scrambling to make ends meet. Suddenly Erin found herself standing in line for food stamps, turning down play dates because she couldn’t afford the gas, and ultimately walking into bankruptcy court in the eighth month of her third pregnancy.

More Than Just Making It tells the story of their breaking point, as well as the triumph of their comeback. It took hard work, creativity, and faith in God’s provision to reset their bank account as well as their hearts, but ultimately, they found a new way to thrive and freedom from financial anxiety. You can do the same.

Learn how Erin and her family saved enough money to put $30,000 down on a home, buy a minivan in cash, and begin sending their daughter to a private Christian school. More Than Just Making It will encourage you to rise above your circumstances, empower you with money-saving tips, and reimagine the good life as God designed it outside the myth of the American Dream.

More Than Just Making It: Hope for the Heart of the Financially Frustrated
https://gospelebooks.net/removed/just-making-hope-heart-financially-frustrated-2.html

The Great Good Thing: A Secular Jew Comes to Faith in Christ 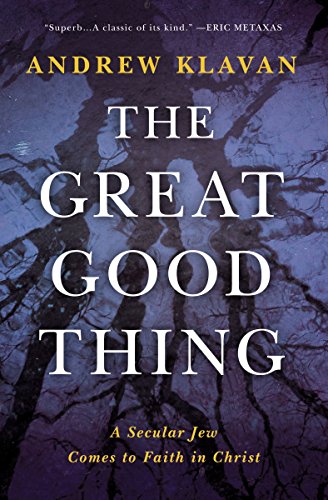 Edgar Award-winner and internationally bestselling novelist tells of his improbable conversion from agnostic Jewish-intellectual to baptized Christian and of the books that led him there.

“Had I stumbled on the hallelujah truth, or just gone mad—or, that is, had I gone mad again?”

No one was more surprised than Andrew Klavan when, at the age of fifty, he found himself about to be baptized. Best known for his hard-boiled, white-knuckle thrillers and for the movies made from them—among them True Crime (directed by Clint Eastwood) and Don’t Say a Word (starring Michael Douglas)—Klavan was born in a suburban Jewish enclave outside New York City. He left the faith of his childhood behind to live most of his life as an agnostic in the secular, sophisticated atmosphere of New York, London, and Los Angeles. But his lifelong quest for truth—in his life and in his work—was leading him to a place he never expected.

In The Great Good Thing, Klavan tells how his troubled childhood caused him to live inside the stories in his head and grow up to become an alienated young writer whose disconnection and rage devolved into depression and suicidal breakdown. But he also stumbled into a genuine romance, a passionate and committed marriage whose uncommon and enduring devotion convinced him of the reality of love.

In those years, Klavan fought to ignore the insistent call of God, a call glimpsed in a childhood Christmas at the home of a beloved babysitter, in a transcendent moment at his daughter’s birth, and in a snippet of a baseball game broadcast that moved him from the brink of suicide. But more than anything, the call of God existed in stories—the stories Klavan loved to read and the stories he loved to write.

The Great Good Thing is the dramatic, soul-searching story of a man born into an age of disbelief who had to abandon everything he thought he knew in order to find his way to the truth.

The Great Good Thing: A Secular Jew Comes to Faith in Christ
https://gospelebooks.net/removed/great-good-thing-secular-jew-comes-faith-christ.html

A Map for the Middle 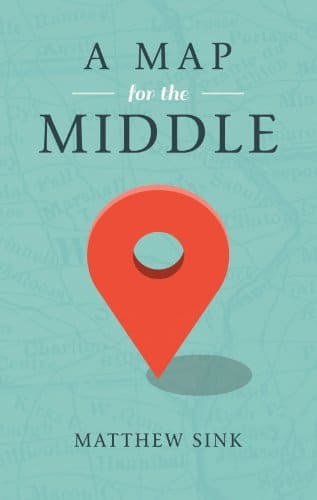 WHERE AM I? HOW DO I GET WHERE I WANT TO GO?

For many students, the middle school years represent a harrowing journey. As the landscape around them changes rapidly, many students lose their way. That’s because the path through the middle winds through difficult terrain:

How teens navigate this journey is crucial. Those who embark without clear direction steer their lives in a direction they never intended and end up in places they never wanted to be.
A Map For the Middle is written to offer direction and insight for the middle school journey. Through personal stories, observations, and warnings, this book seeks to help early teens understand exactly where they are, and how they can safely arrive at the place God wants them to be.

A Map for the Middle
https://gospelebooks.net/removed/a-map-for-the-middle.html

All the Names in the Bible (A to Z Series) 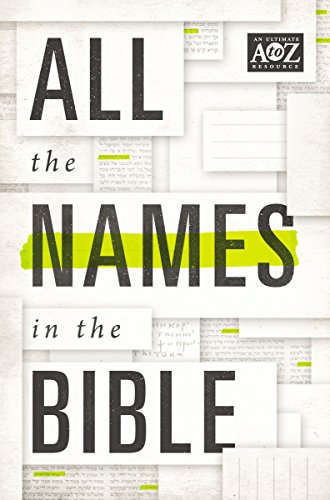 Even the most savvy Bible scholar will admit that it can be challenging to learn all the names in the Bible. Not only are there hundreds and hundreds of them, but some can be difficult to pronounce and tough to remember. All The Names in the Bible is a fun and engaging handbook that includes every name in the Bible in one handy volume. This comprehensive resource lists every person and place mentioned in the Bible and cites helpful information, including the pronunciation of the name, the Greek or Hebrew meaning of the name, a paragraph of description, and a list of Scripture passages where the name is found. No other resource supplies such a comprehensive list with so many valuable pieces of information. For anyone looking to broaden their knowledge of the Bible’s many people and places, All the Names in the Bible is a perfect choice.

All the Names in the Bible (A to Z Series)
https://gospelebooks.net/removed/names-bible-z-series.html 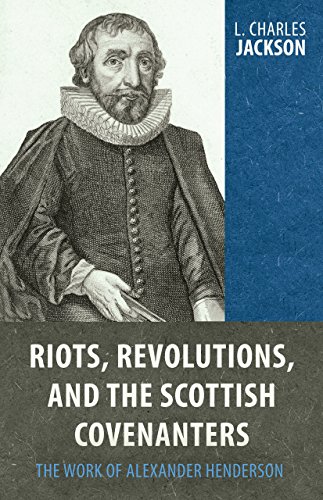 Page 1 of 1812345...10...»Last »
Gospel eBooks is a participant in the Amazon Services LLC Associates Program, an affiliate advertising program designed to provide a means for sites to earn advertising fees by advertising and linking to amazon.com. View our Privacy Policy.