The Collected Prayers of John Knox

Come and take a look inside the prayers of the famous Scottish Reformer John Knox. One of the largest oppositions to his ministry, Queen Mary of the Scots is said to have said, “I fear John Knox’s prayers more than all the assembled armies of Europe.” John Knox was one of the Reformation’s greatest prayer warriors, famous for crying out to God and praying, “Give me Scotland, Lord, or I die!”. Various prayers of Knox from six varying themes make up this book, with the sections listed below.

Editor:
Brian G. Najapfour has been a minister of the gospel since 2001 and has served both in the Philippines and in the United States. He is the author of numerous books including The Very Heart of Prayer: Reclaiming John Bunyan’s Spirituality and Jonathan Edwards: His Doctrine of and Devotion to Prayer. 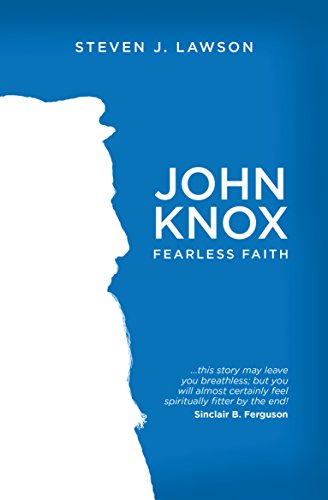 John Knox is one of the most colorful figures in church history and his impact is still felt around the world. The real story of Knox surpasses the best fiction novels. Five hundred years after his death, Steven Lawson seeks to ignite our faith in Jesus through Knox’s story. If you think of Knox as the dull Presbyterian, prepare to think again. Let this seminal figure in the history of the Scottish Reformation inspire you to stand firm in your faith and let God impact your spiritual life.

Intervarsity Press: The Spirit of Methodism: From the Wesleys to a Global Communion by Jeffrey W. Barbeau vs. Wesley and the Anglicans: Political Division in Early Evangelicalism by Ryan Nicholas Danker

New Leaf: Six Days: The Age of the Earth and the Decline of the Church by Ken Ham vs. The Lie: Evolution (Revised & Expanded) Special 25th Anniversary Edition by Ken Ham

Harvest House: Grit and Grace: Devotions for Warrior Moms by Suzanne Hadley Gosselin & Gretta Kennedy vs. A Mom After God’s Own Heart: 10 Ways to Love Your Children by Elizabeth George

Christian Focus: The Land of the Book: Scottish Christianity in a Year of Quotes vs. John Knox: Fearless Faith by Steven J. Lawson

Reformation Heritage: An All-Surpassing Fellowship: Learning from Robert Murray M‘Cheyne’s Communion with God by David P. Beaty vs. The Foundation of Communion with God: The Trinitarian Piety of John Owen by Ryan M. McGraw

You Choose The Sale: May 21-27
https://gospelebooks.net/uncategorized/choose-sale-may-21-27-2.html