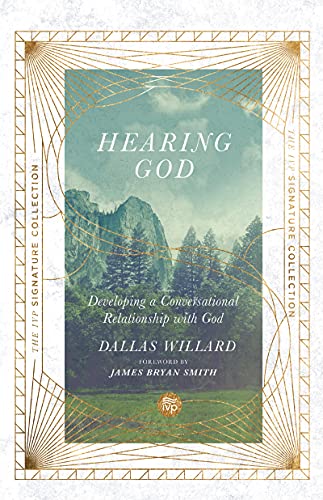 The key, says bestselling author Dallas Willard, is to focus not so much on individual actions and decisions as on building our personal relationship with our Creator. In this beloved classic, you’ll gain rich spiritual insight into how we can hear God’s voice clearly and develop an intimate partnership with him in the work of his kingdom. 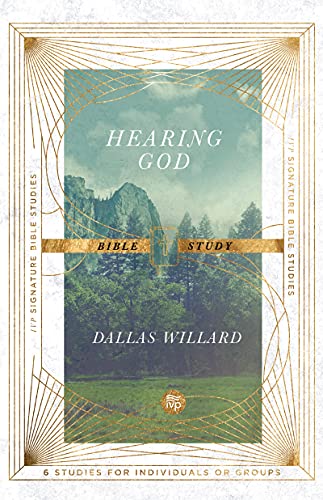 How can we hear and understand God’s voice? For over thirty years, Dallas Willard’s Hearing God has helped thousands of readers learn to develop a conversational relationship with God. Now Hearing God Bible Study guides you deeper into biblical texts and themes that are woven throughout Willard’s beloved book. With these six easy-to-use studies, written by longtime spiritual formation author Jan Johnson, you will encounter what Scripture says about listening to God and what it means for you today. As companions to the IVP Signature Collection, IVP Signature Bible Studies help individuals and groups explore and apply biblical truths found in classic books. Each session features quotations from Hearing God matched with Scripture passages, reflection questions, and application ideas that will equip readers to connect the text to their own lives. A leader’s guide is also included.

Raising Sons of Promise: A Guide for Single Mothers of Boys 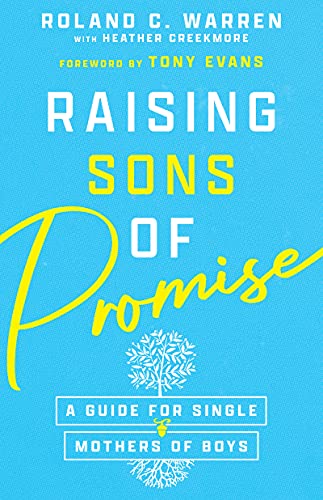 Millions of single mothers find themselves in the difficult position of raising boys alone. Many of those boys are at risk of falling behind in school or falling into addictions and dangerous behaviors, repeating the patterns of their own absent or neglectful fathers. Single mothers, who are often the only parental influence on their sons, are critical to reversing this troubling trend. But how? You might be wounded by the broken promises of your child’s father. But God offers a greater promise to you and your family. Raising Sons of Promise invites single mothers on a journey to not only heal their hearts but also to parent their boys to become healthy men, good husbands, and strong fathers. Roland Warren, himself the child of a single mother, offers guidance and wisdom to moms who want to raise sons who will make and keep their commitments. Drawing from the Genesis story of Hagar and Ishmael, he shares insights and stories of how mothers can find healing and hope for their sons to become better men of character and action.

Raising Sons of Promise: A Guide for Single Mothers of Boys
https://gospelebooks.net/removed/raising-sons-promise-guide-single-mothers-boys.html

Don’t Blow Up Your Ministry: Defuse the Underlying Issues That Take Pastors Down 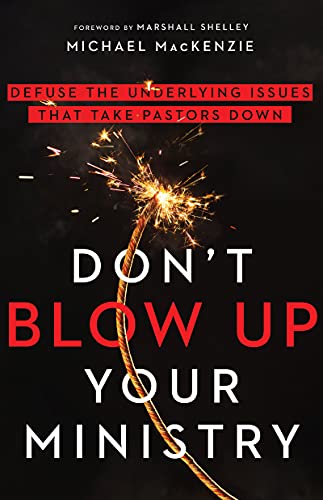 There’s a ticking time bomb in your ministry. Is it you?
The pressures of pastoring are endless, leading many to burnout and depression, sexual misconduct, or substance abuse. But moral failures can be averted and shipwrecked ministries can be repaired. Counselor Michael MacKenzie, a longtime expert in helping pastors at risk, deals with the issues beneath the issues, such as shame, fear, and pain. If we don’t address our own weakness and brokenness, we will hurt ourselves and those around us.
With vivid pictures of both self-destructive patterns and reconstructive grace, MacKenzie shows how to lay the groundwork for restored identity and service. God can use those exact areas of vulnerability as a catalyst to you becoming the pastor and person he intends you to be.
Defuse the bomb before it goes off. Find hope for healing and recovery.

Don’t Blow Up Your Ministry: Defuse the Underlying Issues That Take Pastors Down
https://gospelebooks.net/removed/dont-blow-ministry-defuse-underlying-issues-take-pastors.html

Art and the Bible (IVP Classics) 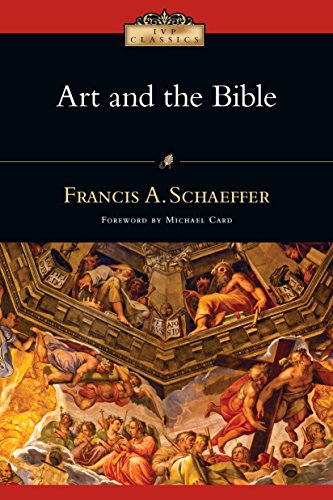 Much modern art, like a Giacometti sculpture, portrays man in alienation, loneliness, despair. Was art always like this? Must it always focus on the lostness of man?

Dr. Francis A. Schaeffer, a theologian with a deep interest in the arts, shows how the Bible records the use of various art forms in the Old Testament times. Then, turning to the contemporary scene, he suggests eleven perspectives within which a Christian view of art can take shape.

For the Christian the arts can be a source of joy, a symbol of the creativity that marks the mannishness of man, man himself being made in the image of God the creator. For the Christian artist the sky is not the limit. Because he can distinguish between reality and illusion, he is the one whose imagination can “fly beyond the stars.”

* offers eleven perspectives for developing a Christian view of art 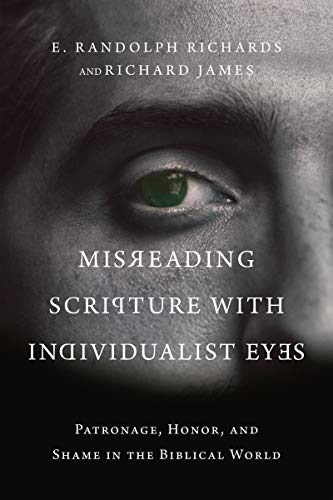 The Bible was written within collectivist cultures. When Westerners, immersed in individualism, read the Bible, it’s easy to misinterpret important elements―or miss them altogether. In any culture, the most important things usually go without being said. So to read Scripture well we benefit when we uncover the unspoken social structures and values of its world. We need to recalibrate our vision.
Combining the expertise of a biblical scholar and a missionary practitioner, Misreading Scripture with Individualist Eyes is an essential guidebook to the cultural background of the Bible and how it should inform our reading. E. Randolph Richards and Richard James explore deep social structures of the ancient Mediterranean―kinship, patronage, and brokerage―along with their key social tools―honor, shame, and boundaries―that the biblical authors lived in and lie below the surface of each text. From Abraham, Sarah, and Hagar to Peter’s instructions to elders, the authors strip away individualist assumptions and bring the world of the biblical writers to life.
Expanding on the popular Misreading Scripture with Western Eyes, this book makes clear how understanding collectivism will help us better understand the Bible, which in turn will help us live more faithfully in an increasingly globalized world. 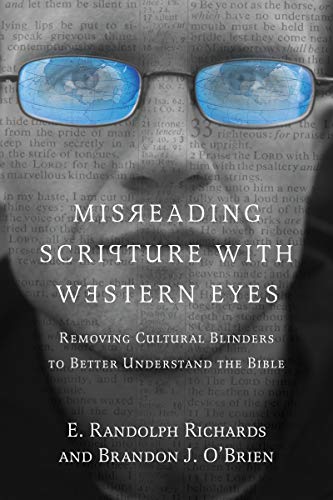 Bookwi.se’s Favorite Books of the Year, Non-Fiction
What was clear to the original readers of Scripture is not always clear to us. Because of the cultural distance between the biblical world and our contemporary setting, we often bring modern Western biases to the text. For example:

When Western readers hear Paul exhorting women to “dress modestly,” we automatically think in terms of sexual modesty. But most women in that culture would never wear racy clothing. The context suggests that Paul is likely more concerned about economic modesty–that Christian women not flaunt their wealth through expensive clothes, braided hair and gold jewelry.
Some readers might assume that Moses married “below himself” because his wife was a dark-skinned Cushite. Actually, Hebrews were the slave race, not the Cushites, who were highly respected. Aaron and Miriam probably thought Moses was being presumptuous by marrying “above himself.”
Western individualism leads us to assume that Mary and Joseph traveled alone to Bethlehem. What went without saying was that they were likely accompanied by a large entourage of extended family.
Biblical scholars Brandon O’Brien and Randy Richards shed light on the ways that Western readers often misunderstand the cultural dynamics of the Bible. They identify nine key areas where modern Westerners have significantly different assumptions about what might be going on in a text. Drawing on their own crosscultural experience in global mission, O’Brien and Richards show how better self-awareness and understanding of cultural differences in language, time and social mores allow us to see the Bible in fresh and unexpected ways.
Getting beyond our own cultural assumptions is increasingly important for being Christians in our interconnected and globalized world. Learn to read Scripture as a member of the global body of Christ. 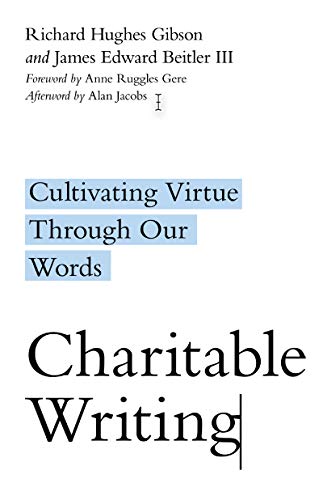 Our written words carry weight.
Unfortunately, in today’s cultural climate, our writing is too often laced with harsh judgments and vitriol rather than careful consideration and generosity. But might the Christian faith transform how we approach the task of writing? How might we love God and our neighbors through our writing?
This book is not a style guide that teaches you where to place the comma and how to cite your sources (as important as those things are). Rather, it offers a vision for expressing one’s faith through writing and for understanding writing itself as a spiritual practice that cultivates virtue.
Under the guidance of two experienced Christian writers who draw on authors and artists throughout the church’s history, we learn how we might embrace writing as an act of discipleship for today―and how we might faithfully bear the weight of our written words. 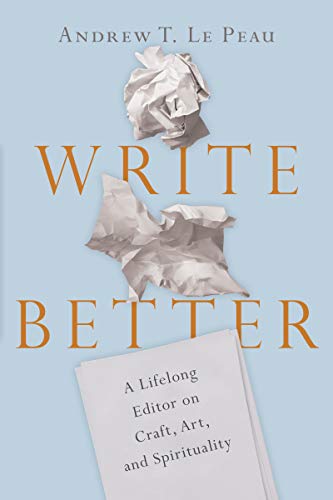 Christianity Today 2020 Book of the Year Award, Culture and the Arts
Writing is not easy. But it can get better.
In this primer on nonfiction writing, Andrew Le Peau offers insights he has learned as a published author and an editor for over forty years, training, guiding, and cheering on hundreds of writers. Here are skills that writers can master―from finding strong openings and closings, to focusing on an audience, to creating a clear structure, to crafting a persuasive message.
With wide-ranging examples from fiction and nonfiction, Le Peau also demystifies aspects of art in writing such as creativity, tone, and metaphor. He considers strategies that can move writers toward fresher, more vital, and perhaps more beautiful expressions of the human condition.
One aspect of writing that rarely receives attention is who we are as writers and how writing itself changes us. Self-doubt, fear of criticism, downsides of success, questions of authority, and finding our voice are all a part of the exploration of our spirituality as writers found in these pages. Discover how the act of writing can affect our life in God.
Whether you’re a veteran writer, an occasional practitioner, a publishing professional, or a student just starting to explore such skills, Le Peau’s wit and wisdom can speed you on your way. 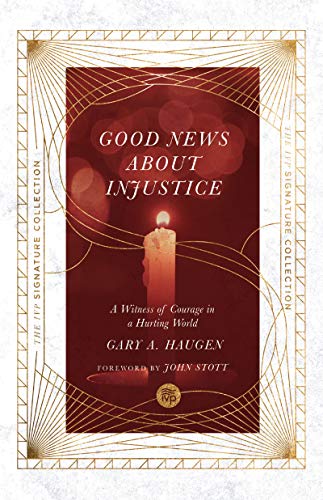 Good News About Injustice: A Witness of Courage in a Hurting World
Author(s): Gary A. Haugen
Publisher: Intervarsity Press
Price: $2.99

The good news about injustice is that God is against it.

God is in the business of using the unlikely to bring about justice and mercy. In Good News About Injustice, Gary Haugen offers stories of courageous Christians who have stood up for justice in the face of human trafficking, forced prostitution, racial and religious persecution, and torture. Throughout he provides concrete guidance on how ordinary Christians can rise up to seek justice throughout the world.

This landmark work, featuring newly updated statistics, is now part of the IVP Signature Collection, which features special editions of iconic books in celebration of the seventy-fifth anniversary of InterVarsity Press. A five-session companion Bible study is also available. 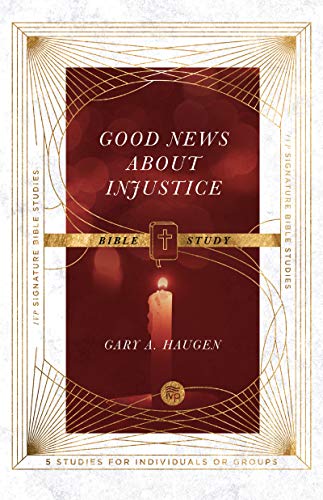 These five easy-to-use studies will challenge and enrich your understanding as you encounter what God’s Word says about justice and what it means for you today.

As companions to the IVP Signature Collection, IVP Signature Bible Studies help individuals and groups explore and apply biblical truths found in classic books. Each session features quotations from Good News About Injustice matched with Scripture passages, reflection questions, and application ideas that will equip readers to connect the text to their own lives. A leader’s guide is also included.

Page 2 of 75«12345...102030...»Last »
Gospel eBooks is a participant in the Amazon Services LLC Associates Program, an affiliate advertising program designed to provide a means for sites to earn advertising fees by advertising and linking to amazon.com. View our Privacy Policy.