The Long War Against God (The Henry Morris Signature Collection) 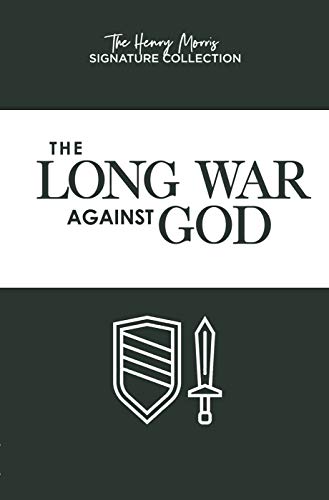 Darwin challenged God’s Word With Evolution…But Was He The Only One?
Discover the old, ongoing war against biblical truth
Dissect the origins of and arguments for atheistic thought
Determine what you can do to defend your faith
The denial of God is the root of every human problem, taking many forms over time — one of which is evolution. And this concept goes much farther back in time than we think.

In The Long War Against God, the late Dr. Henry Morris, a renowned creationist, delves into the history of modern atheistic worldviews. Drawing from the writings of the Greeks, Babylonians, and other ancient philosophers, Morris demonstrates the long history and age of the plan to undermine God’s Word. Whether it’s evolutionism, humanism, pantheism, or atheism, Morris
illuminates the past and present of these belief systems that seek to eliminate God.

The Long War Against God will give you the tools you need to strengthen your own — and others’ — faith in the battle for God’s truth.

Kregel: They Were Single Too: Eight Biblical Role Models by David M. Hoffeditz vs. Vindicating the Vixens: Revisiting Sexualized, Vilified, and Marginalized Women of the Bible by Sandra Glahn

Intervarsity Press: When Narcissism Comes to Church: Healing Your Community From Emotional and Spiritual Abuse by Chuck DeGroat vs. Analog Church: Why We Need Real People, Places, and Things in the Digital Age by Jay Y. Kim

Cruciform Press: Licensed to Kill: A Field Manual for Mortifying Sin by Brian G. Hedges vs. But God…: The Two Words at the Heart of the Gospel by Casey Lute

Good Book Company: Psalms For You: How to Pray, How to Feel and How to Sing (God’s Word For You) by Christopher Ash vs. Teach Me To Feel: Worshiping Through the Psalms in Every Season of Life by Courtney Reissig

Crossway: ESV Prayer Bible vs. ESV Gospel Transformation Study Bible: Christ in All of Scripture, Grace for All of Life

Christian Focus: Mary Slessor: A Life on the Altar for God by Bruce McLennan vs. Far Above Rubies: The Life of Bethan Lloyd-Jones by Lynette Clark

You Choose The Sale: Aug 13-19
https://gospelebooks.net/uncategorized/choose-sale-aug-13-19.html 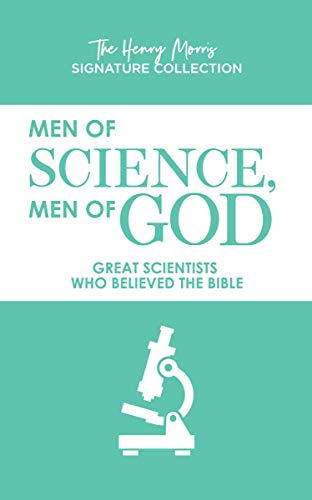 Scientists choose whether they will believe God’s word or discount it.

– Explore over 101 biographies of groundbreaking, influential scientists with their Christian testimonies
– See how the belief in a Creator inspired the earliest explorations of science and still impacts the work of Bible-believing scientists today

Science and faith are often considered incompatible in the academic world today. One is seen as representing truth, while the other is viewed as fanciful according to the skeptical, science-centered culture. But the reality is that thousands of scientists, in fact, many of science’s greatest “founding fathers,” believed openly in God as they worked and studied His created world. Learn how their discoveries led them to even greater depths of faith and how their beliefs influenced and inspired their work.

There is nothing in science that can ever prove that God does not exist and, therefore, no way that science can disprove Creation. For so many in the past, the answer was that their faith was inseparable from their science, a powerful point to encourage believers and challenge the skeptics.

Kregel: 40 Questions About Calvinism by Shawn D. Wright vs. 40 Questions about Interpreting the Bible by Robert L. Plummer

Intervarsity Press: Separated by the Border: A Birth Mother, a Foster Mother, and a Migrant Child’s 3,000-Mile Journey by Gena Thomas vs. A Prayer for Orion: A Son’s Addiction and a Mother’s Love by Katherine James

Cruciform Press: Do Ask, Do Tell, Let’s Talk: Why and How Christians Should Have Gay Friends by Brad Hambrick vs. The Company We Keep: In Search of Biblical Friendship by Jonathan Holmes

Good Book Company: Happily Ever After: How Easter can Change your Life for Good by Jonty Allcock vs. The Resurrection in Your Life: How the living Christ changes your world by Mike McKinley

Christian Focus: David Brainerd: A Flame for God (History Makers) by Vance Christie vs. J.C. Ryle: That Man of Granite with the Heart of a Child by Eric Russell 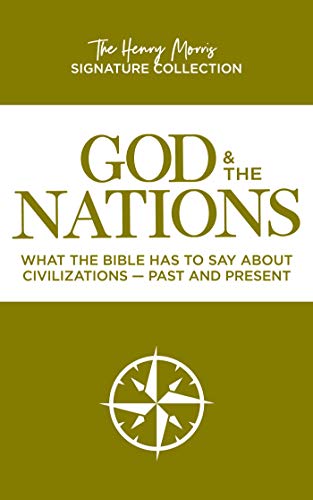 Despite living in a very connected world today, few of us have any real understanding of the history of nations. Secular scholars and scientists from various fields rarely consult the Bible’s rich history on the subject. Yet if we consider what the Bible has to say about the global community’s past—and future—achievements and mistakes, we discover a saga as fascinating as anything produced in Hollywood.

In God & the Nations, Dr. Henry Morris does an unusual thing: he shows clearly that God is even more interested in the fate of each person as He is about the unfolding of national stories.

Additionally, he delves into the mysterious world of Bible prophecy to proclaim the God of the Bible as truly unique. Morris, through this study of civilizations, reveals the origins and purpose for the whole world!

Kregel: Out of the Depths by John Newton vs. Joshua: Mighty Warrior and Man of Faith by W. Phillip Keller

Intervarsity Press: To the Cross: Proclaiming the Gospel from the Upper Room to Calvary by Christopher J. H. Wright vs. Give Them Christ: Preaching His Incarnation, Crucifixion, Resurrection, Ascension and Return by Stephen Seamands

Good Book Company: His Testimonies, My Heritage: Women of Color on the Word of God by Kristie Anyabwile vs. Women and God: Hard Questions, Beautiful Truth by Kathleen Nielson

Christian Focus: Bible – Can We Trust It? (First Steps) by Andrew Mathieson vs. A Christian’s Pocket Guide to How We Got the Bible (Pocket Guides) by Gregory R. Lanier

Reformation Heritage: The Seven Signs: Seeing the Glory of Christ in the Gospel of John by Anthony Selvaggio vs. The Rule of Love by J.V. Fesko

You Choose the Sale: Mar 19-25
https://gospelebooks.net/uncategorized/choose-sale-mar-19-25-2.html

When Christians Roamed The Earth: Is the Bible-Believing Church Headed for Extinction? 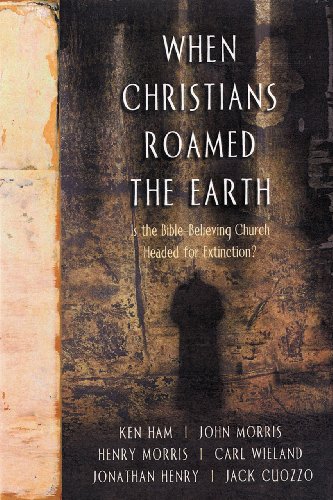 Bringing to light the harmful effects of evolutionary thought on the Church, and society in general, this team of veteran creationists shows readers in shocking detail how Darwin started us down the slippery slope. With insightful commentary on a variety of topics – the Bible as “myth”; UFO’s and paranormal interest; New Age spirituality; studies in man’s origin; and evolution and pop culture; this book will raise issues rarely thought about in Christian circles. “All flesh is not the same flesh: but there is one kind of flesh of men, another flesh of beasts, another of fishes, and another of birds.” – Paul of Tarsus

When Christians Roamed The Earth: Is the Bible-Believing Church Headed for Extinction?
https://gospelebooks.net/removed/christians-roamed-earth-bible-believing-church-headed-extinction.html