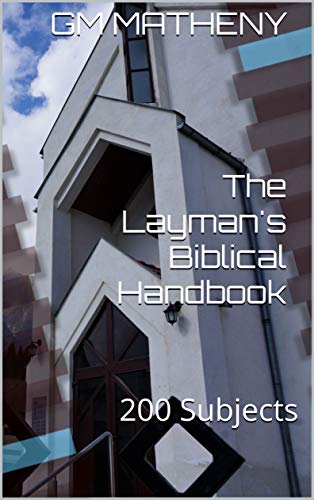 What the Bible say about the ANTICHRIST * DEATH * MARRIAGE * VEGETARIAN * DIVORCE * RAPTURE * TEMPTATION * VOWS * REINCARNATION * FORGIVENESS * SOUL WINNING * FRIENDS * PREDESTINATION * WAR * RETURN OF CHRIST * FUNERALS * INSURANCE * SALVATION * WILL OF GOD * FORNICATION * PROBLEMS * ARK OF THE COVENANT * GAMBLING * CREMATION. More than 200 subjects in alphabetical order.
The Layman’s Biblical Handbook will both help the new Christian and someone who wants an easier way to understand the great truths of the Bible. It also has practical teachings for life, and could be effectively used for family devotions, as a parent might read one subject per night to his family to help them understand the great truths of the Bible.

Cursed: The Treasure of Mount Sinai 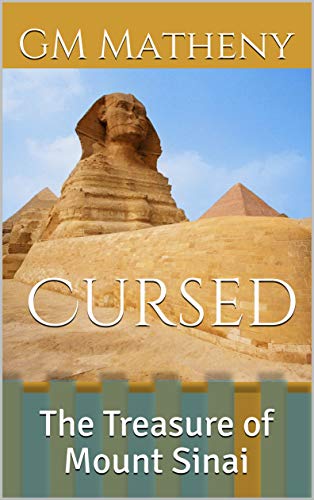 When I was five years old something happened one day that caused me to have my only recurring nightmare. There is not much I remember before I was five, but I remember several things that happened that day.
There was a treasure at Mount Sinai.
“[T]herefore now put off thy ornaments from thee, that I may know what to do unto thee. And the children of Israel stripped themselves of their ornaments by the mount Horeb. And Moses took the tabernacle, and pitched it without the camp, afar off from the camp, and called it the Tabernacle of the congregation.” (Exodus 33:5-7)
This treasure was buried at the Tabernacle.
“And now put thy accustomed ornaments from thee, that it may be manifest before Me what I may do to thee. And the sons of Israel were deprived of their usual adornments, on which was written and set forth the great Name; and which had been given them, a gift from Mount Horeb. And Mosheh took and hid them in his tabernacle of instruction.”
(Targum Pseudo-Jonathan – Pentateuch, Exodus 33)
It was the largest treasure in the world!
“And the children of Israel journeyed from Rameses to Succoth, about six hundred thousand on foot that were men, beside children.” (Exodus 12:37)
“But every woman shall borrow of her neighbour, and of her that sojourneth in her house, jewels of silver, and jewels of gold, and raiment: and ye shall put them upon your sons, and upon your daughters; and ye shall spoil the Egyptians.” (Exodus 3:22, Genesis 15:13-14) Six hundred thousand men, plus women and children with ornaments (at least two million), would easily make it the world’s largest treasure.

The premise of this book is that aliens are evil spirits, the fallen angels of the Devil. God created animals, man, and angels, but no little green men from Mars. But both the angels of God (elect angels) and the angels of the Devil (devils), with their superior abilities, if they had not been named angels and evil spirits in the Bible, would be thought of as “aliens.” And there are reasons why people living in the future tribulation will believe angels are aliens, a deception that would work to the Devil’s advantage.
Ancient writers from different countries wrote about beings visiting them from the skies, who were superhuman. Some were called “gods,” “watchers,” or “angels.” I do, however, believe that angels in the Bible are exactly what the Bible says they are—not that the word angel is a code word for alien or that the prophets of the Bible lacked the vocabulary to describe aliens. Again, I am saying that if God had not given us their name, angel, then people would naturally think they were “ancient aliens.”
This book is written with complete reliance on the Bible, and the outline for my story will come from the book of Revelation. 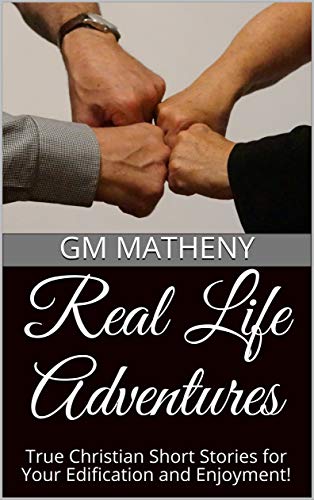 Of the short stories that follow, a few of them will not be considered “adventures”, but they are all true, from a US Navy diver in Soviet territorial waters to being on a train with six small children in Europe. Some are funny or serious but all are helpful for our Christian walk. Adults and young people enjoy these and parents may find it helpful to read them to their children.

The Quest for Mount Sinai 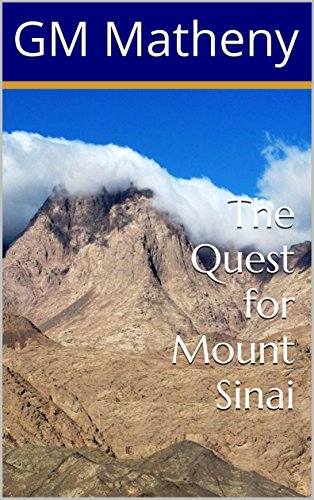 A pharaoh of Egypt went to Mount Sinai and engraved his named there! And more than a hundred years ago, a hieroglyphic inscription was found in the East Nile Delta, also made by a king of Egypt, describing an expedition to a location the scholars have hotly debated. But the location is now confirmed, for the same king made both inscriptions, and he found something there that only Israel could have left.

The Quest for Mount Sinai
https://gospelebooks.net/removed/quest-mount-sinai.html 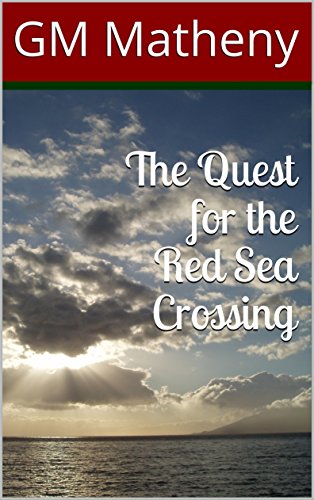