CYKAS: Can You Keep A Secret? 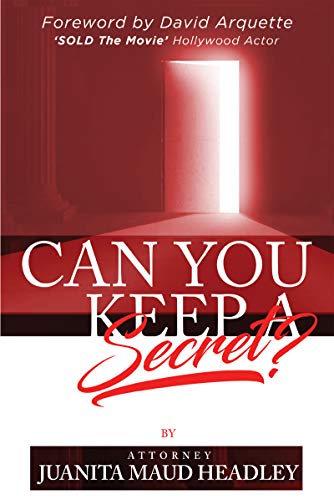 Is it about time for you to have the dreaded “Good secrets, Bad secrets” conversation with your children? Whether you’ve already had the “talk” or are intending on having the “talk,” then this book, Can You Keep A Secret? is just for you. Prepare to have the whole concept of secrets turned on its head as Juanita Headley shares the true story of the harrowing ordeal she endured at the hands of her stepfather who subjected her to attempted rape between the ages of 4 – 10. Speaking from her very own lived experience, Headley simplistically converses with the reader to explain why “Yes,” is the only appropriate response to the question, “Can you keep a secret?” Through the use of victim and survivor testimony, she not only educates and empowers the reader, but also truly inspires them to join in the fight against the biggest slave trade movement in the history of the world. In doing so, Headley discusses the relentless sacrifices she has made over the last decade, including the highs and lows of frequently giving up paid employment to sacrificially serve an overseas community through volunteerism, free trainings and presentations. Although justice was never served in the case of her stepfather, Headley has demonstrated unwavering commitment and determination to protect and safeguard children from sexual abuse and commercial exploitation; consequently 60% of profits raised through the sale of this book will be used to build safe houses in the Philippines.