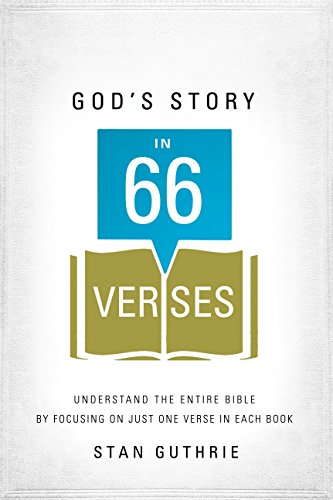 The Bible can seem like a big, intimidating book—mysterious, archaic, and often hard to understand. Written over a span of fifteen hundred years, and completed nearly two millennia ago, God’s Word sometimes feels like a mishmash of stories and literary styles. How can twenty-first-century readers—like you—make sense of it all?

Author Stan Guthrie’s answer: begin by zooming in on one key verse for each of the Bible’s sixty-six books. Seeking to bring clarity and simplicity to the study of God’s Word, Guthrie has written a concise, easy-to-digest collection of wisdom anchored by one verse for each book, from Genesis to Revelation—a verse that summarizes or lays the foundation for that book, placing it in context with the rest of the Scriptures.

Read this book, and you’ll feel as if you’ve read the entire Bible—but you’ll also yearn to continue exploring its depths and mining its riches on your own.

God’s Word and Your World

You’ve got a mind – use it! If you’ve got questions – ask them! It is important to ask the right questions – don’t fill your mind with rubbish. The THINK, ASK – BIBLE! series uses the Bible to teach important lessons. Each chapter provides opportunities to stop, delve into the Scriptures and be prompted with study questions. God’s Word and Your World covers Creation, The Fall, Languages, Missions, Charity, Society and The New Heaven and the New Earth.

God’s Word and Your World
https://gospelebooks.net/removed/gods-word-world.html 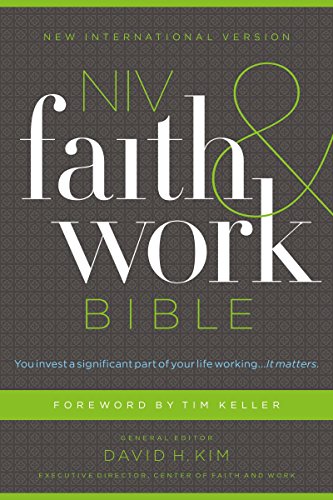 You invest a significant part of your life working…it matters.

Combining doctrine, Scripture application and real-life experiences, the NIV Faith and Work Bible will help you answer the question “How does my faith relate to my work?” It doesn’t matter what job or career you have—part-time, third shift or freelance; from the shop floor to the school hallways, to the corner office—this Bible will reveal how relevant God’s Word is to your daily work life.

Contributor David H. Kim is the Pastor of Faith and Work at Redeemer Presbyterian Church in New York City. He is also Executive Director of the Center for Faith and Work.

Unveiling Mysteries of the Bible 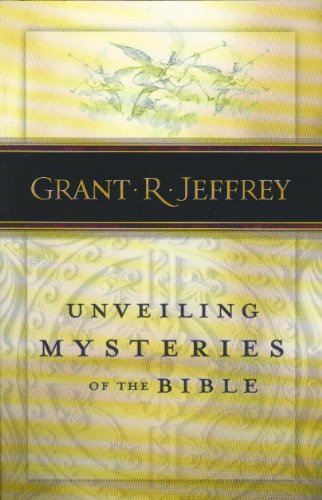 The Bible is certainly the most mysterious book ever created. The Scriptures are filled with hundreds of curious passages that have puzzled both Jews and Christians for thousands of years. In this powerful, faith-building book, respected author Grant R. Jeffrey takes the reader on a journey of mystery while uncovering deep truths found in the word of God.

“It is the glory of God to conceal a thing:
But the honor of Kings is to search out a matter.”
Proverbs 25:2

Unveiling Mysteries of the Bible
https://gospelebooks.net/removed/unveiling-mysteries-bible.html

For anyone curious about prophecy and the signs of the end times, this book links the pieces of the prophecy puzzle in plain, simple language.

There are 1,000 prophecies in the Bible so it’s natural to wonder, have any prophecies been fulfilled? Do they really explain the future?  Can we really know what will happen at the end of time?  In succinct and clear answers to most frequently asked questions, Dr. Jeremiah decodes and clarifies prophecy for the average person. He explains in simple lay terms what could otherwise be mysterious and even frightening, allowing readers to gain a balanced and assuring perspective of the significance of prophetic events to their personal lives as believers in Christ.  He also helps readers understand how prophecy is directly related to world events today.

Even Better than Eden: Nine Ways the Bible’s Story Changes Everything about Your Story 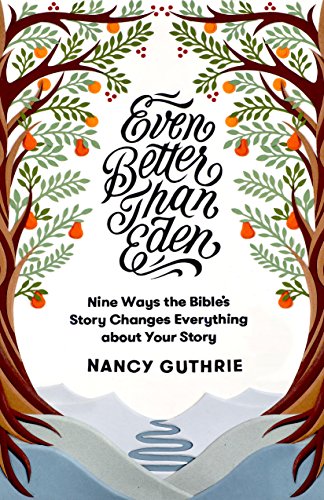 God’s Story Will End Better than It Began . . .

Experienced Bible teacher Nancy Guthrie traces 9 themes throughout the Bible, revealing how God’s plan for the new creation will be far more glorious than the original. But this new creation glory isn’t just reserved for the future. The hope of God’s plan for his people transforms everything about our lives today.

Written for individuals and small groups alike, this book will help you understand God’s plan for the future of his people—life in a garden even better than Eden—in order to experience the glory of this new creation break into your life even now.

Even Better than Eden: Nine Ways the Bible’s Story Changes Everything about Your Story
https://gospelebooks.net/removed/even-better-eden-nine-ways-bibles-story-changes-everything-story.html

The Lost Book of Moses: The Hunt for the World’s Oldest Bible 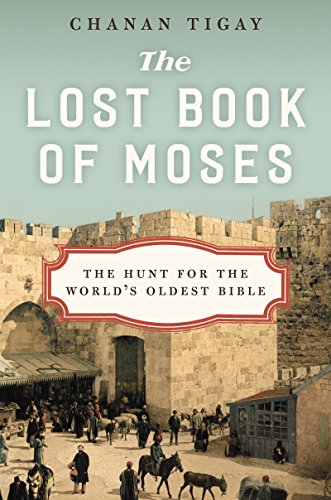 A gripping account of one man’s quest to find the oldest Bible in the world and solve the riddle of the brilliant, doomed antiquities dealer accused of forging it.

In the summer of 1883, Moses Wilhelm Shapira–archaeological treasure hunter, inveterate social climber, and denizen of Jerusalem’s bustling marketplace–arrived unannounced in London claiming to have discovered the world’s oldest Bible scroll. Written centuries earlier in the barren plains east of the Dead Sea and stashed away in caves, the mysterious scrolls called into question the divine authorship of the scriptures, taking three thousand years of religious faith and turning them upside down. When news of the discovery leaked to the excited English press, Shapira became a household name. But before the British
The museum could acquire them, Shapira’s nemesis, French archaeologist Charles Clermont-Ganneau, denounced his find as a fraud. Humiliated, Shapira fled the country. Six months later he was dead.

With the discovery of the eerily similar Dead Sea Scrolls in 1947, investigators reopened the case, wondering whether the ill-fated merchant had, in fact, discovered the first Dead Sea Scroll, decades before the rest. But by then Shapira’s scrolls had vanished.

Tigay, award-winning journalist and son of a renowned Bible scholar, set out to find the scrolls and determine Shapira’s guilt or innocence for himself. The globetrotting hunt that follows vibrates with the suspense of a classic detective tale. Weaving meticulous research into fast-paced storytelling, Tigay spins a remarkable tale of history and theology; intrigue and scandal; greed, ambition, and the
struggle for authenticity. With a brilliant eye for detail, Tigay takes us from restricted storerooms at the Louvre to musty English attics to a flooded Jordanian gorge–and to the German countryside where he meets Shapira’s aggrieved descendants.

At once historical drama and modern-day mystery, The Lost Book of Moses bring to life 19th century London and Jerusalem and a cast of rogues, reverends, and relic hunters at whose center sits Moses Wilhelm Shapira, a flamboyant, ingenious, and ultimately tragic personality.

The Lost Book of Moses: The Hunt for the World’s Oldest Bible
https://gospelebooks.net/removed/lost-book-moses-hunt-worlds-oldest-bible.html

Page 1 of 1012345...10...»Last »
Gospel eBooks is a participant in the Amazon Services LLC Associates Program, an affiliate advertising program designed to provide a means for sites to earn advertising fees by advertising and linking to amazon.com. View our Privacy Policy.