In Unison: The Unfinished Story of Jeremy and Adrienne Camp

In Unison: The Unfinished Story of Jeremy and Adrienne Camp
https://gospelebooks.net/removed/unison-unfinished-story-jeremy-adrienne-camp.html 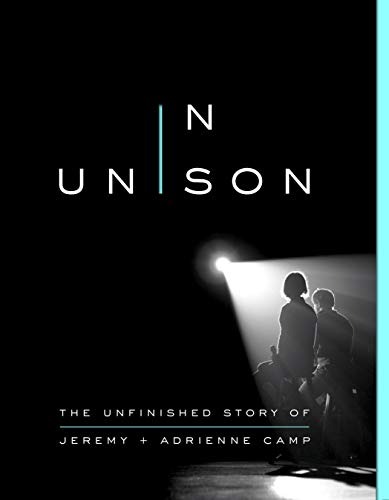 And the greatest of these is…

While on a three-month-long tour, Jeremy met and built a friendship with the lead singer of another band. In a beautiful and inspiring story their love unfolded taking them both by surprise. After 16 years of marriage, Jeremy and Adrienne have experienced devastating losses and incredible joy, and have grown alongside each other. They continue to build a friendship as they juggle life and frequent separations, due to tour schedules, with the demands and stressors of parenting their three kids.

In Unison is the story of the lessons they’ve learned in love and marriage told from each of their voices. They vulnerably share the highs and lows of life together and offer practical advice for how to deal with conflict, manage finances, move through grief, and work to build your own family culture. You can’t do marriage without Jesus, and when you keep Him in the middle, together, you can build a lasting love.

Adrienne CampHarvest House PublishersIn UnisonJeremy CampThe Unfinished Story of Jeremy and Adrienne Camp
Gospel eBooks is a participant in the Amazon Services LLC Associates Program, an affiliate advertising program designed to provide a means for sites to earn advertising fees by advertising and linking to amazon.com. View our Privacy Policy.