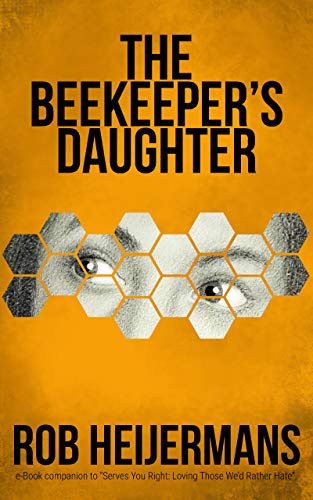 Hannah is the daughter of a prosperous beekeeper in Rehov, one of the largest cities in the Jezreel Valley during the time of Elisha the prophet. After she experiences the horrors of a Syrian raid on Rehov, she is captured and taken to Damascus. She becomes a slave in the household of Naaman, the commander of the Syrian army and the king’s personal bodyguard–the very man whose orders have changed her life forever!

How Hannah reacts to Naaman’s own life-altering news is one of the most instructive accounts in the Old Testament. This carefully-researched fictional scenario prepares the reader for SERVES YOU RIGHT: LOVING THOSE WE’D RATHER HATE. No major book on Naaman has been published in over 100 years. Yet, this important biblical narrative teaches us a timely lesson in a world filled with hatred: God extends His mercy to His worst enemies. And to ours.

fictional scenarioOld TestamentRob HeijermansThe Beekeeper's Daughter
Gospel eBooks is a participant in the Amazon Services LLC Associates Program, an affiliate advertising program designed to provide a means for sites to earn advertising fees by advertising and linking to amazon.com. View our Privacy Policy.