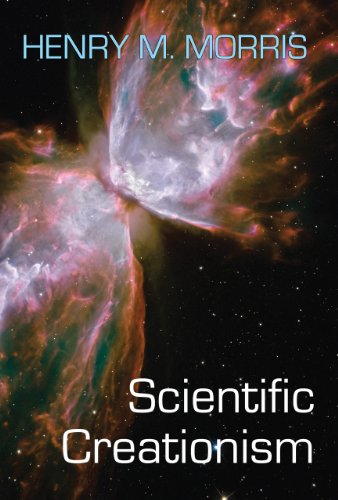 Scientific Creationism delivers a meticulously researched, scientific investigation of the most important aspects of the creation-evolution question. Dr. Henry Morris along with the Institute for Creation Science researchers and consultants allow science to speak for itself without referencing the Bible or other religious literature in this undeniable study of origins. Within their thorough exploration, you will find irrefutable evidence that supports creationism rather than evolutionism.

Morris and team write to scientists and non-scientists alike revealing how each new scientific discovery or analysis weakens the traditional case for evolution and strengthens the case for creation. Scientific Creationism gives equal consideration to both scientific philosophies and offers more scientific reasoning and logical interpretation than most educational textbooks used in today’s high school and college classes.

Explore the evidence! Study the scientific flaws of Darwin’s theory through the eyes of Dr. Henry Morris and the brilliant scientists of the Institute for Creation Research. Could evolutionary thinking be founded on anticipated evidence? Scientific Creationism separates fact from theory so you can evaluate the creation and evolution models within the context of established physical laws.

Henry M MorrisMaster BooksScientific Creationism
Gospel eBooks is a participant in the Amazon Services LLC Associates Program, an affiliate advertising program designed to provide a means for sites to earn advertising fees by advertising and linking to amazon.com. View our Privacy Policy.